Ko wai mātou: Who are we?

Te Koronga is the brainchild of Dr Anne-Marie Jackson and Dr Hauiti Hakopa and started in the School of Physical Education, Sport and Exercise Sciences in 2013. We also had early input from Ms Samantha Jackson, Mr Brendan Flack, and our first postgraduate students. 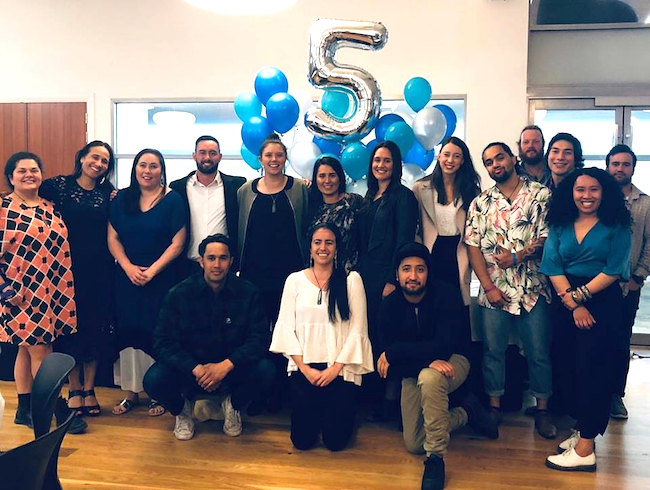 When Anne-Marie started in December 2011 she was the sole Māori academic at the School of Physical Education. At that time there was only one Māori postgraduate student, despite there being approximately 80–100 Māori students at the undergraduate level.

To grow any discipline, the engine room is graduate students.

Anne-Marie was mentored in her doctoral study through her own supervisors as well as through being one of the first 500 Māori scholars through the Ngā Pae o te Māramatanga vision. She also worked closely with Māori communities and came into her role as an academic with a strong view on the importance of academics being servants for Māori communities. It was from this context that Anne-Marie secured funding in 2012 for Hauiti to work at the School to focus on the development of Māori research students. In 2019, we successfully created a second permanent Māori academic position for Dr Chanel Phillips, the first doctoral graduate of Te Koronga.

As such, Te Koronga began in 2013 as a Māori postgraduate research excellence group with one student. Since our first student, as of May 2019, we have had:

This is our intentional approach to grow Māori research exellence and praxis through the undergraduate, into postgraduate study and beyond.

You can learn more about their projects and who our students are throughout this website.

After running our Graduate Research Excellence programme, we recognised that there was a need to create a second element of Te Koronga tailored specifically for research across the sciences, and also as a proactive approach for creating research opportunities for Māori research excellence for academics and researchers.

In 2016, we were successful in creating the Te Koronga: Indigenous Science Research Theme.

The overarching goal is to build a strong indigenous research platform at Otago open to both Māori and non-Maori researchers who are involved in indigenous research. The mission of the theme is to advance Māori economic and cultural aspirations, and to show a way forward for indigenous collaborations on an international stage, and to engage a diverse campus community with matauranga Māori.

The research focus is indigenous science, including:

In 2019, due to the significant growth within Te Koronga we welcomed Mr Danny Poa as the Te Koronga Kaitiaki Kaupapa Manager to ensure the kaupapa of Te Koronga is always being looked after.

He aha ngā hua: Our outcomes