Shining a light on Tongan community's experience during COVID-19 pandemic 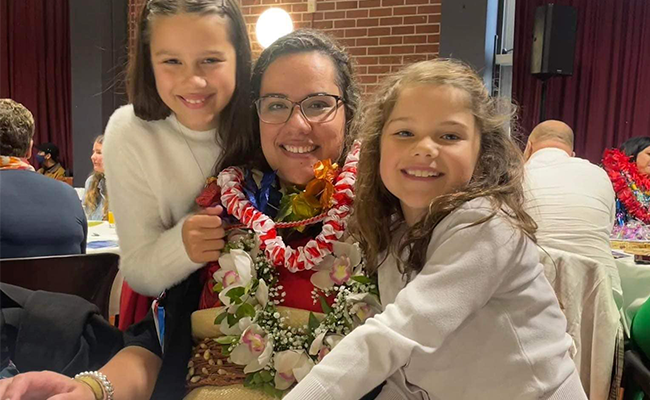 Pauline-Jean Luyten at the Pacific Island brunch which was held prior to her graduation ceremony recently.

A postgraduate researcher has found South Canterbury’s Tongan community adapted during the COVID-19 pandemic to create a new space for itself that combines both Aotearoa New Zealand and Tongan cultures.

Her thesis focused on the experiences of the Tongan kāinga (extended family/community) in South Canterbury where she and her family live, before and during the COVID-19 pandemic, from March 2020 to May 2020.

Initially, Pauline’s research was going to focus on identity and belonging, as a daughter of the diaspora with a Tongan mother and Dutch father, and because there are many differences between Western culture and Tongan culture.

Instead, she felt the pandemic presented a unique opportunity to capture the voices of South Canterbury kāinga Tonga in a way that had not been done before.

“During the influenza or Spanish flu, we never really heard the stories of people or communities who were in the minority.”

This made her want to explore what was happening in her own community and have their stories recorded for future generations.

Knowing we can only understand the full picture if we know peoples’ struggles and successes moving here, she decided to first look at peoples’ pre-COVID migration experiences. 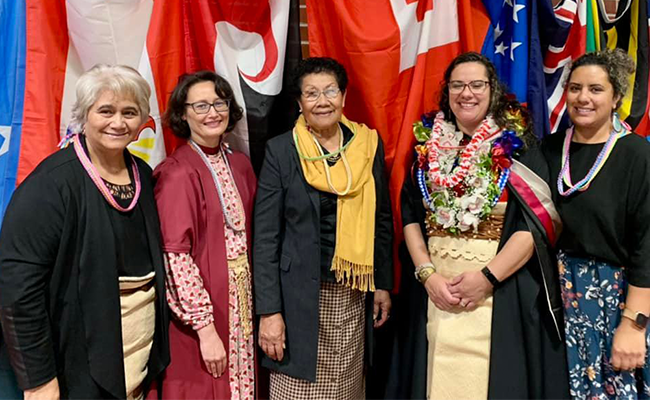 Pauline found that initially South Canterbury Tongan kāinga were fearful of the pandemic, but this soon gave way to concern for their children and family, before planning a response to the pandemic, and then taking action together as a community.

She spoke with nine people for her research. One Tongan woman who arrived in South Canterbury to work in an orchard was a good example of the resilience and ability to adapt migrants needed.

“It was her first day. She walked into the orchard early in the morning. She did not know anyone and wore only shorts and tee shirt without any gumboots. In no time, all her clothes were soaked wet because she had to walk through weeds. No one had told her in New Zealand the grass and flora would be really damp with dew”

“Remember, there was isolation because of language barriers, and vastly different cultures. Instead of giving up, she picked herself up and the next day, proceeded to bring spare clothes and would hang her wet clothes on the fence, hoping that would help”.

“Being born here, we would naturally assume every person migrating here would know about morning dew. Resilience was therefore represented in quieter simpler ways, these memories and heartfelt moments.”

“This woman then had to find a solution to this problem without input from anyone else, and the next day proceeded to bring spare clothes, hang trousers on the fence to dry and pick up.”

She found the response had three phases.

Firstly, kāinga Tonga expressed care and concern for others, primarily the wellbeing of children, then the wider family.

The next phase was planning and gathering information on how to navigate the situation and keep family safe, and the last phase was collective activation and mobility as a community.

“During the first lockdown, we were what was deemed an invisible or hidden community because were not funded, fully voluntary, and still delivered services and support to our community.”

There is a traditional social structure within Tonga called Nofo ‘a Kāinga which acknowledges rank and status within the community and their reciprocal obligation or service to each other.

This social concept does not always translate into a comparable structure in New Zealand, so Pauline, a co-owner and lawyer at Aoraki Legal in Timaru, worked with Sina Manoa Latu, a Timaru social worker, to create the Tongan Society South Canterbury.

“We have the Tongan Society in South Canterbury. While it’s a formal construct to meet NZ obligations, it also acts like wraparound familial support that would be present in Tonga. It’s a combination of the Tongan way with the Western way.” 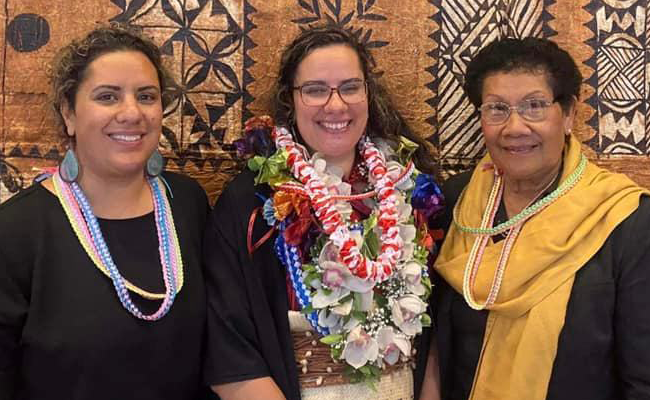 Many members of South Canterbury's Tongan kāinga told Pauline they felt empowered as a result of their efforts during the pandemic, and that they enjoyed working together.

Her research identified positive outcomes and resilience during COVID-19 and also how Kāinga Tonga adapted.

“It’s called a Third Space Emerging where it’s not just one culture, or the other, but where we’ve created a third space as a combination of both worlds, where we’re still strong in both, as well.”

A positive outcome of the pandemic was people reporting they enjoyed working together, and how empowered some women felt.

“That was a big highlight, I felt like we grew strong as a society and a group.”

Pauline and Sina also spent a lot of time advocating for the community, as many funding models did not enable groups to be seen or consider local voices and needs.

A good example of work the group did was to support Tonga after the recent volcanic eruptions. The Tongan Society South Canterbury fundraised and received a lot of help from the wider South Canterbury businesses, schools and communities to send containers full of supplies back to Tonga.

It demonstrates how if people communicate, even if they have different ways of thinking or cultures, positives can be achieved.

“This is called Tauhi vā (nurturing and maintaining the relationship). We just need some time to talanoa, and a willingness to figure out the pathway forward.”