Please note: When Nima was studying with us, the Pathways programme was called 'Foundation Year'. 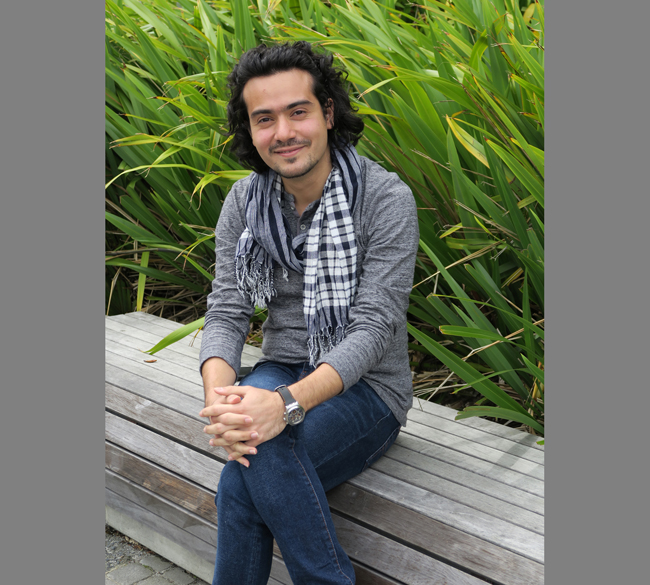 Nima is from Tabriz, Iran. Tabriz is known as “the head of the cat” as Iran itself is shaped like a cat. Nima studied English at university in Tabriz but was working in retail when his sister recommended that he come to Otago where she was studying Dentistry.

His dream is to ‘heal through music” so he jumped at the chance to come and study a degree in music at Otago. He loves playing guitar, piano and reading philosophy. Ultimately he wants to live and work in Los Angeles as a composer and jazz pianist.

Since living in Dunedin, he has discovered it has a similar character to his own – four seasons in one day! As an international student, Nima thinks Dunedin is a great place to study. He never really feels like a foreigner because there are many other international students around the campus and town. He also finds it easy to get around Dunedin even without a car. The campus is right beside town and nothing seems too far away.

One of his highlights from living in Dunedin was visiting the albatross colony where he was amazed by the beautiful scenery and unique wildlife so close to the city.

He has recently finished studying Foundation Year and has a lot of praise for the system and staff here. He received a lot of encouragement especially when he thought he could not succeed at the start of his course and he found the structure of the course really helped him maintain his momentum. He recommends Dunedin as a great place to be a student and the Foundation Year programme at Otago as a great way to prepare for university.