Quinoa: The Mother Grain of the Incas 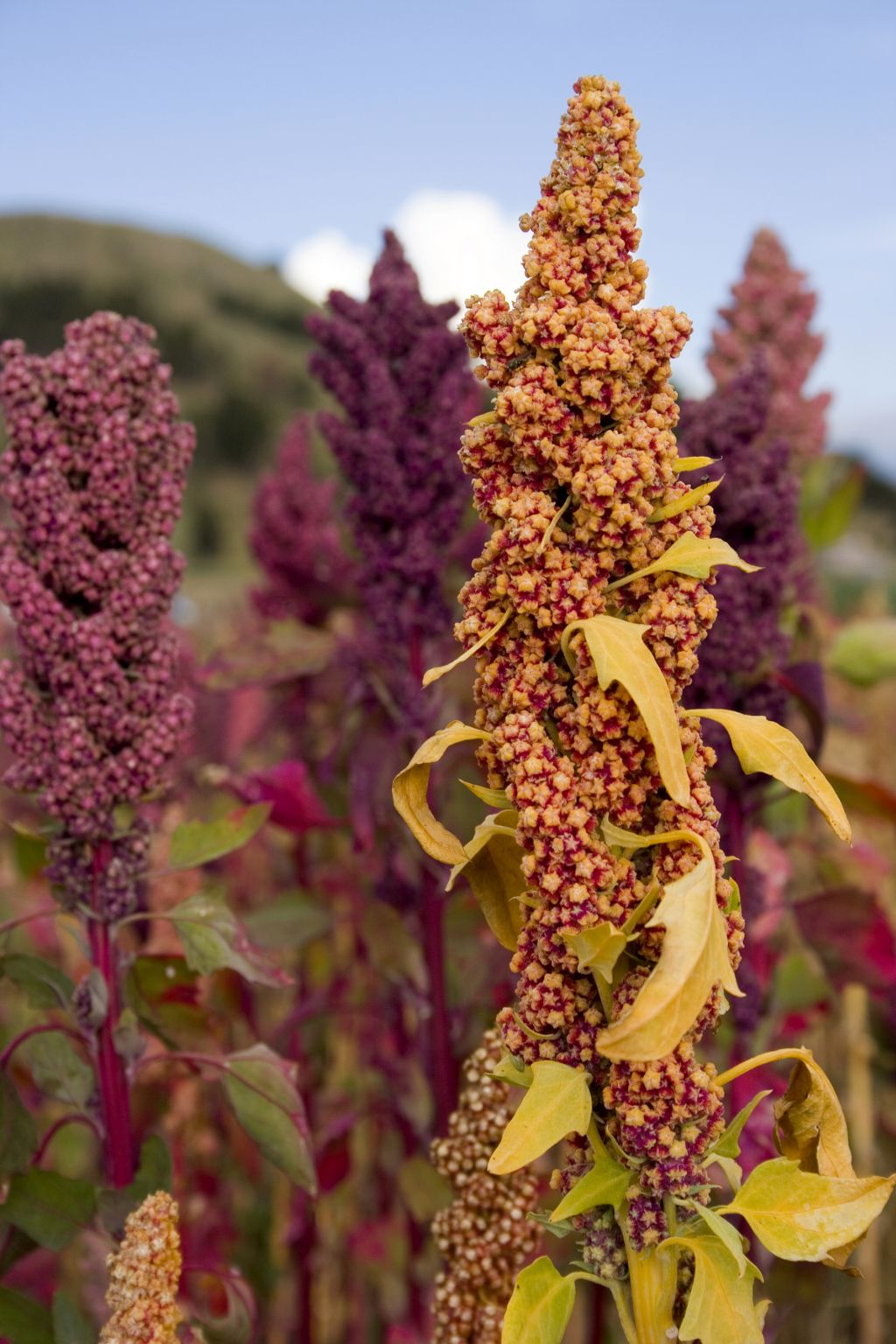 Chenopodium quinoa (keen-wa) is known as the mother grain of the Incas. It has a higher protein content than the cereals (Poaceae: the grass family) and has a high lysine content in contrast to cereals which are low in lysine. It is easy to grow and harvest and being a dicot does not suffer from the diseases which attack cereals. Quinoa comes from the Chenopodiaceae family which includes sugar beet, beetroot and spinach. It is relatively disease-free.

The leaves can be harvested and cooked like spinach. The mature seed is collected and washed several times to remove bitter tasting saponins and cooked in the same way as cous cous. It is quite tasty hot or cold in salads. There are lots of recipes on the internet. Saponins, as the name suggests, are soap-like compounds which the Incas used for washing clothes. Other plants contain saponins and other cultures have taken advantage of their cleansing properties.

Quinoa is a useful tool in promoting increased food security for most parts of the world. The United Nations has declared 2013 the International Year of Quinoa. It grows in a variety of situations and is a low input/low maintenance crop. Wheat production is under threat from the Ug99 variant of stem rust which is currently moving across the Middle East and if new resistant lines of wheat can't be developed and deployed in time there will be moderate to severe shortages in the coming years.

An important question is whether or not to use genetic engineering to solve particular agricultural problems. For example GE to produce high lysine cereals has been proposed but the use of quinoa circumvents the need.

My interest in quinoa is its pathology. I used it for many years as a virus disease indicator before I knew of its use as a grain crop. Quinoa seed is available from a few sources on the internet. I have a few spare seedlings from time to time which I will place in the exchange bus shed near Blueskin Gallery. If you notice any diseases in quinoa please send me some close-up pics (paul.guy@otago.ac.nz) particularly any that look like virus infection. Viruses often cause yellow spotting and streaking and yellow vein-netting and the leaves are often smaller and distorted.

Most of the world’s civilisations rose to greatness with the help of cereals. Grain crops have been harvested, stored and distributed for thousands of years. Cultures in Africa, the Middle East and Europe cultivated wheat, oats and barley while Asian civilisations prospered with rice cultivation. In Central America the Aztecs and Maya grew corn. Further south in the Andes Mountains and surrounding areas people did things a little differently. Quinoa (keen-wa) a relative of spinach and sugar beet was grown for its seed and not just as a leafy vegetable. Quinoa was the mother grain of the Incas and together with the three sisters: corn, squash and beans and other crops including potatoes, they had a varied diet.

Chenopodium quinoa (keen-wa; Chenopodiaceae/Amaranthaceae) is known as the mother grain of the Incas. It has higher protein content than the cereals (Poaceae) and has a high lysine content (contrast with cereals: low lysine). It is easy to grow and harvest and does not suffer from the same diseases that attack cereals.

Quinoa is a useful tool in promoting increased food security for most parts of the world. It grows in a variety of situations and is a low input/low maintenance crop. Wheat production is under threat from the Ug99 variant of stem rust which is currently moving across the Middle East and if new resistant lines of wheat can’t be developed and deployed in time there will be moderate to severe shortages in the coming years.

It’s been suggested that cereals such as wheat and barley be genitically modified to increase their lysine content, improving their nutritive value. Quinoa already has high lysine content, obviating the need for genetic modification. 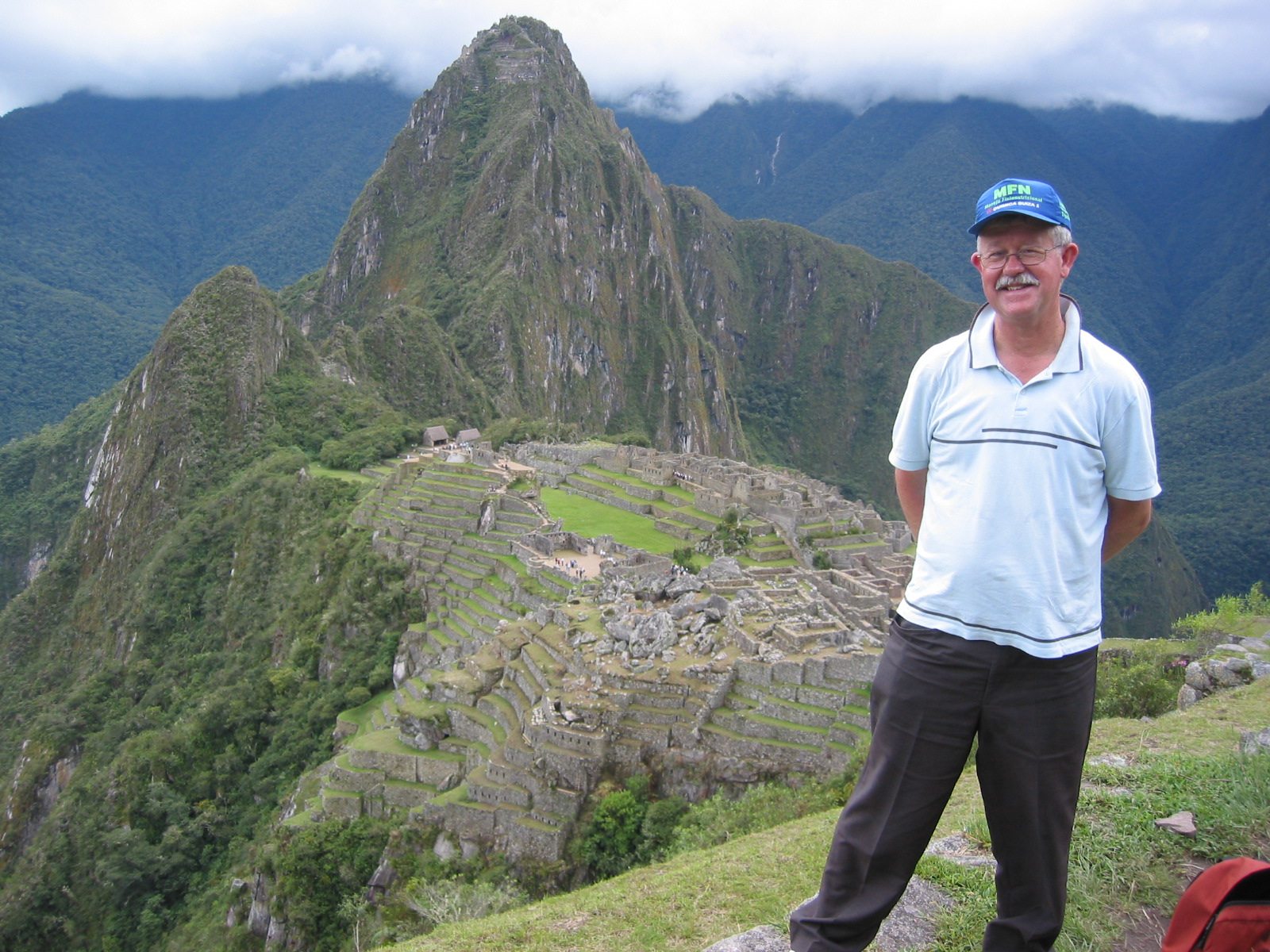 I started working with quinoa about 30 years ago when I began my career as a plant virologist. Back then I didn’t know that quinoa was the mother grain of the Incas; I used it as an indicator species for virus infection. There are over 1000 plant viruses and identifying them can be quite a job. The first thing I do to identify a virus is inoculate it to a range of indicator species, including quinoa, and see which ones become infected. We have a lot of information on which viruses do or do not infect quinoa which makes it easier to add or subtract a particular virus from your list of suspects.

Even today when I use the same techniques that forensic and other scientists use to detect DNA, RNA and proteins I use quinoa to help validate these other methods.

Since at least 3000 B.C., if not longer, the seed of the plant Chenopodium quinua has been a vital part of the Andean diet, used as a grain in baking, as well as being served in numerous dishes prepared by indigenous peoples found throughout the Andean region
Historians have attributed the success of the Incan empire, in part, to its ability to feed not only its own population, but those of conquered tribes as well. Through wise cultivation, storage and distribution of indigenous plants, including quinoa, potatoes and corn, the Incans were able to sustain their empire.
With the arrival of the Spanish, this was to change. Farmers were sent into the gold mines of Perú and Bolivia, and non-native crops were introduced for Spanish consumption, thus altering centuries of agricultural patterns. During the colonial period, quinoa use was associated strictly with native populations, leading to an undesirable perception of the seed as belonging to the lower class.
By the beginning of this century, quinoa had lost its status as the Mother Grain. Foreign crops, such as barley, had been introduced and surpassed quinoa in importance. Further decline occurred in Peru in the 1940s when the government began to import large amounts of wheat. Between 1941 and 1974, quinoa cultivation plummeted from 111,000 acres to 32,000 acres. Compounded with the growing acculturation of indigenous populations and the stigma of indigenous identification attached to its consumption, quinoa lost its grandeur and became just another subsistence crop for poorer rural families. However this is changing dramatically, with a surge in interest among Andean nations as well as increasing demand internationally.

Activities – (based on the Enviroschools Action Learning Cycle)

Quinoa’s surge in popularity is due to its tremendous nutritional value. Its high protein content (12 to 18 percent) outranks other grains. What’s more, it’s one of the few vegetarian foodstuffs considered to be a complete protein, containing all eight essential amino acids. Compared to other grains, it’s high in unsaturated fat and low in carbohydrates. It’s a great source of fiber, iron, magnesium and phosphorous. And if that’s not enough to recommend it, quinoa is also gluten-free and widely considered Kosher for Passover.

Quinoa cooks like rice. But go easy: Quinoa cooks much faster than rice and swells to four times its original volume. Before cooking, rinse under cold water until water runs clear. Quinoa’s delicate taste is often compared to couscous, and it’s a great choice for salads and pilafs. 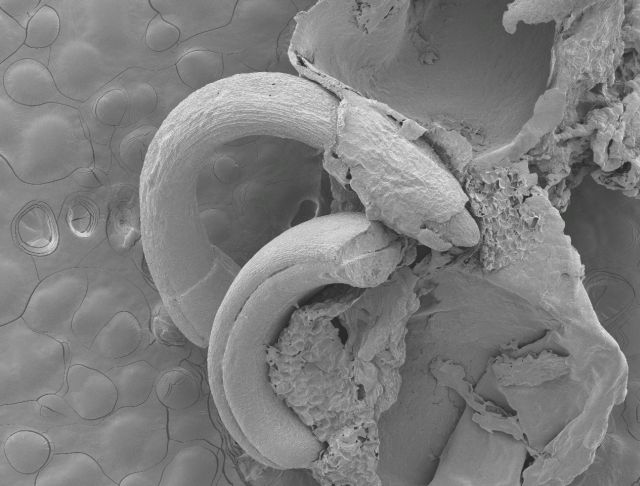 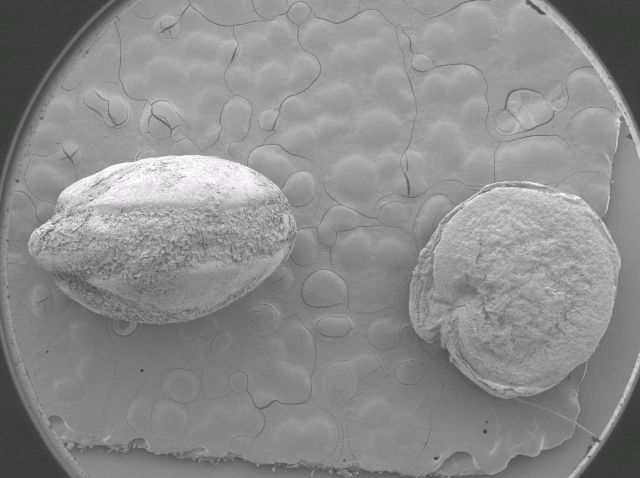 Cooking Tips: If you don't have cooked quinoa, but want to eat this quinoa breakfast recipe NOW, just cook everything along with the raw quinoa. Use 1/4 cup raw quinoa, and add the other ingredients along with 1/2 cup water. Make extra so you can eat quinoa for breakfast again tomorrow! 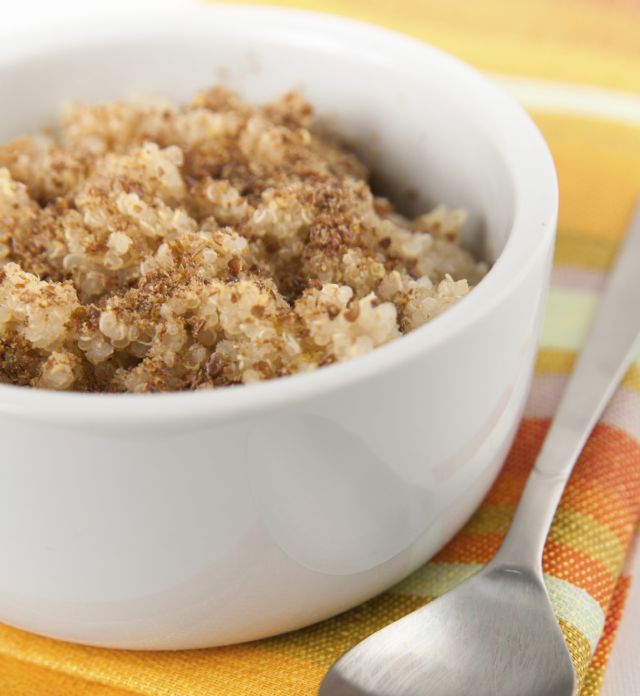 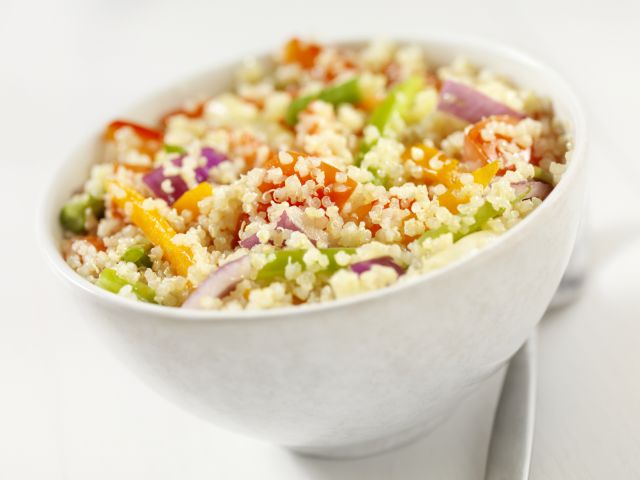 Written and compiled by: