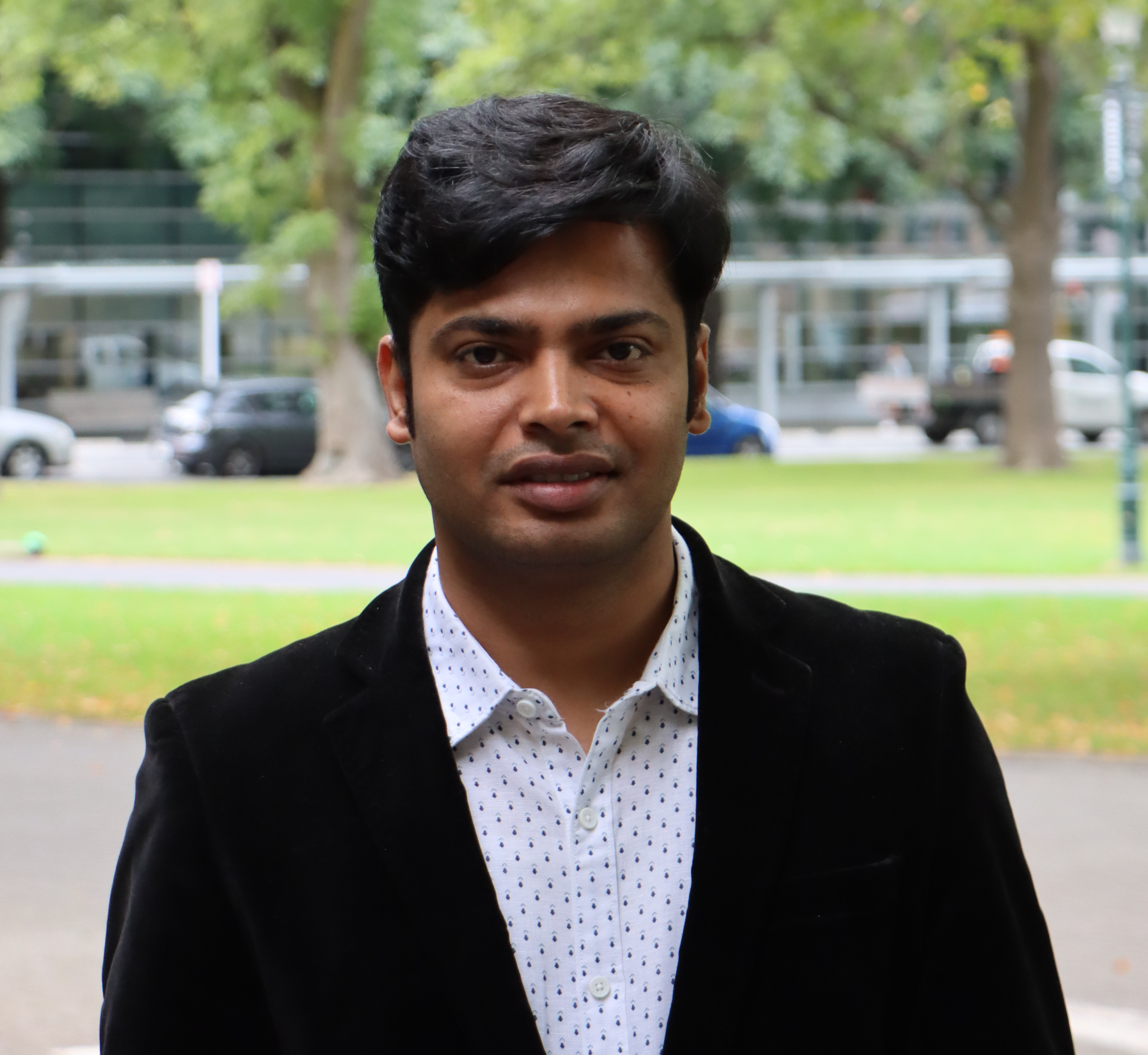 Aniruddha is originally from Berhampore, West Bengal (India), where he completed his schooling. He moved to the southern part of India and completed a BSc (Osmania University, Hyderabad) and MSc degree (VIT University, Vellore) in Biotechnology with first class and distinction. Following this, Aniruddha came to the University of Otago in New Zealand in 2009, where he commenced his PhD. In his doctoral work, he mapped whole-genome scale DNA methylation patterns and variation in normal human neutrophil cells. Aniruddha played a leading role in performing the first reduced representation methylation sequencing in human neutrophils, melanoma, and the model organism zebrafish. He also heavily published in methodology development for DNA methylation and microRNA analysis. In 2017 he was awarded the prestigious Rutherford Discovery Fellowship from the Royal Society of New Zealand to establish this Epigenetics, Disease, and Phenotype Laboratory (EDP). Outside of work he enjoys dancing, acting, sports, travelling, and music.

Aniruddha welcomes enquiries about opportunities to study or work in the Chatterjee Laboratory. 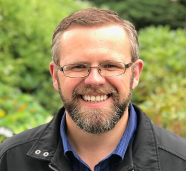 After completing his PhD in the Department of Biochemistry at the University of Otago, Euan moved across campus to Pathology where he remains in a joint position in the Chatterjee and Eccles laboratories. He is currently involved in projects using genomic/epigenomic methods in several different contexts, including: identification of novel candidate biomarkers and drug targets for colorectal, prostate and lung cancer; profiling of circulating tumour DNA to monitor disease burden in cancer patients; DNA methylation analysis of microdissected tumour regions and isolated cell subsets and mapping the methylome of patients with haematological cancers to develop blood-based diagnostic tools. Outside the lab Euan enjoys spending time with his family, painting, gardening, and listening to music. 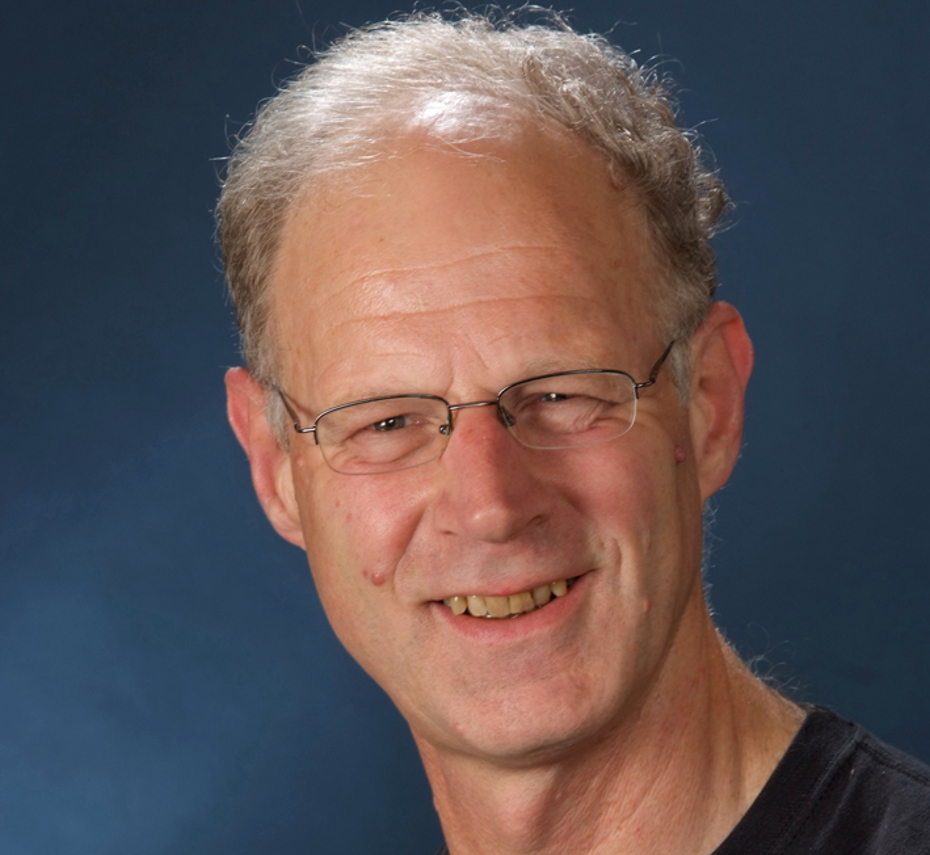 Peter's PhD from the Biochemistry Department was one of the earliest to concentrate on computational rather than laboratory bench work. Throughout his career he has collaborated with lab workers to resolve problems requiring computational solutions, often by programming for the computing resources of the time. Work has extended from the earliest times of DNA sequencing through to the present Next Generation Sequencing technologies. An extensive collaboration with Aniruddha led to development of DMAP (Differential Methylation Analysis Package), a set of tools which have been widely applied to other projects. Peter is presently working on Aniruddha's HRC project and Professor Mike Eccles' Marsden project. 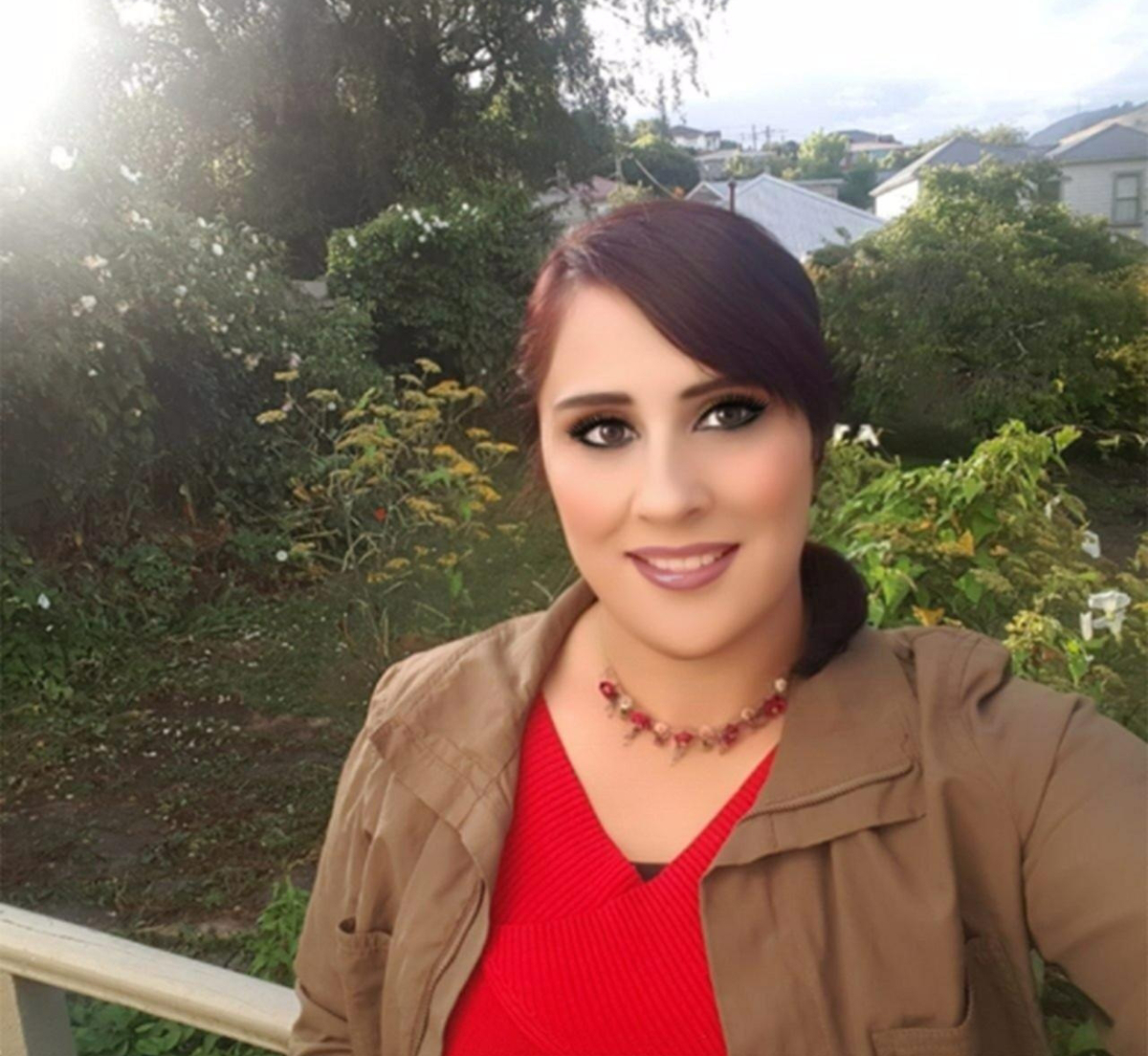 Suzan completed her PhD investigating the placental epigenomics from pregnancies complicated by pre-eclampsia (a maternal hypertensive disorder), with a special interest in identifying novel biomarkers capable of detecting women at high risk. She developed approaches to non-invasive prenatal diagnostics with cell-free fetal DNA in maternal plasma. Suzan also has an interest in data visualisation and R programming. When not in front of the computer, she enjoys reading, painting, listening to music, and expanding her cooking recipe repertoire. 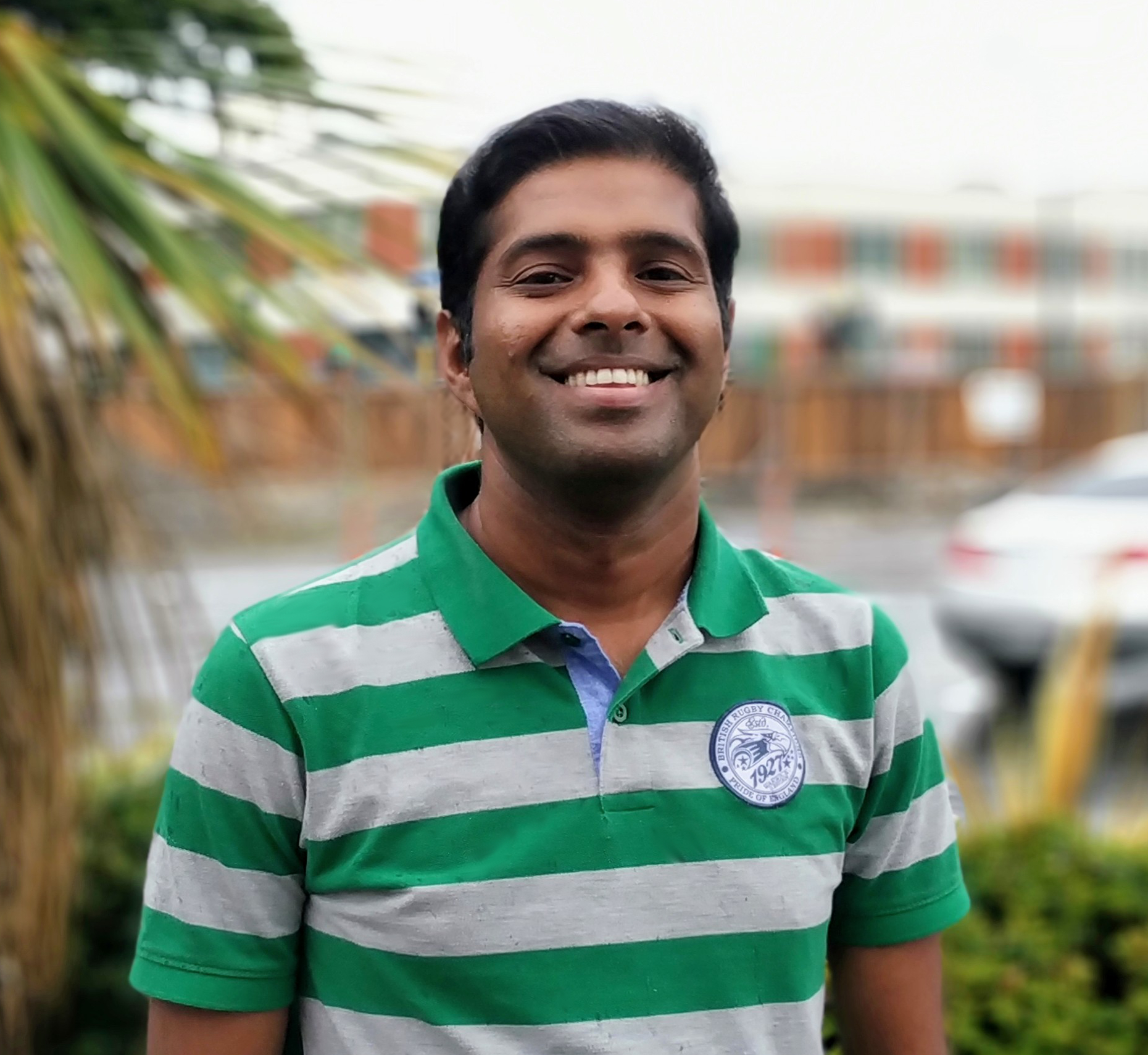 Sai completed his Bachelor’s degree in Biotechnology from St Joseph's College, Bangalore in 2008 and his Master’s degree in Biochemistry from Dr. G R Damodaran College of Science, Coimbatore in 2010. From Jan 2011–July 2011, he worked at Connexios Life Sciences where he was involved in maintenance of different animal cell lines. After this he worked at the National Institute of Mental Health and Neurosciences (NIMHANS), Bangalore on the project entitled Preclinical Studies on Brain tumours: Combination of Adjuvants with Different Mechanisms of Radio-sensitization for 4 years. His interest and desire to work in cancer led him to find a PhD position in the Chatterjee lab where he is working on epigenetics of colorectal cancer. Outside of research Sai loves to listen to music and play outdoor sports, mainly football. 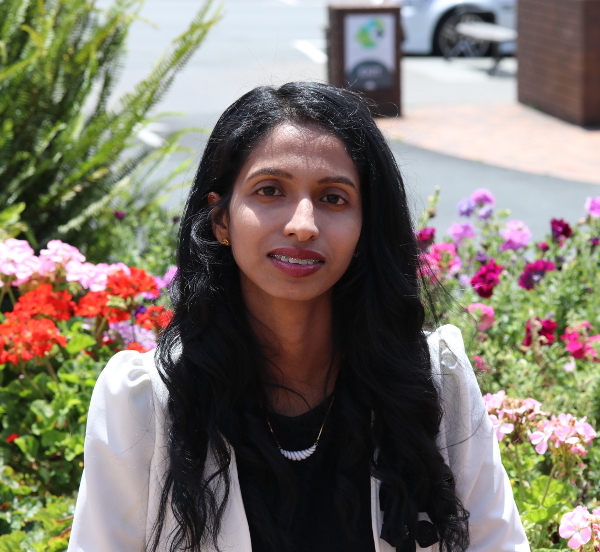 Priya completed her Bachelor of Science degree, majoring in biological science and applied statistics from the University of Auckland. After completing her Bachelor’s degree, she was awarded a Summer Research Scholarship to work in the kauri dieback research project at Manaaki Whenua - Landcare Research. She completed a Master of Science (research) in molecular genetics with First Class Honours from the Auckland University of Technology. Her passion for cancer research, particularly in molecular genetics and bioinformatics based research inspired her to do a PhD. Currently, she is pursuing a PhD in colorectal cancer epigenetics research and is working in the Chatterjee lab. In her spare time, Priya likes to play badminton and do outdoor activities. 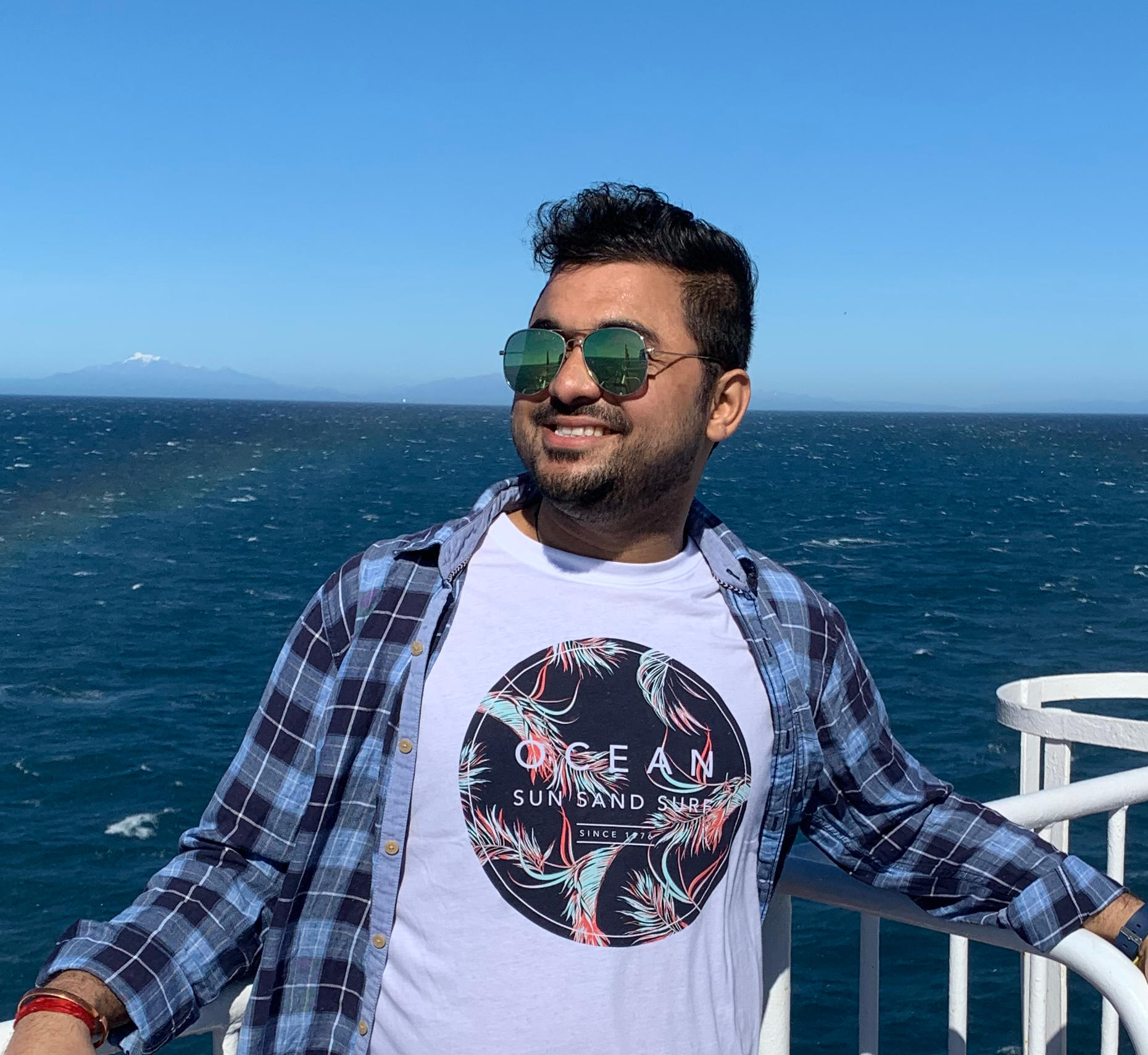 Rakesh completed his Bachelor’s degree in Microbiology from the University of Calcutta in 2015 and his Master’s degree in Microbiology from Pondicherry University in 2017. After this, Rakesh worked as an R&D intern at Biocon Research Centre (Biocon Pharmaceuticals), Bangalore, and as a Research Associate at GROW Research Laboratory, Narayana Nethralaya, Bangalore. In his Research Associate role, he was part of an interesting project dealing with ocular gene therapy. He was primarily involved in production of rAAV vectors for gene therapy of different ocular diseases. In addition to contributing towards the establishment of a vector core facility, he worked on understanding gain and loss of functions of different genes in the aspects of disease pathology. His passion and desire to work with molecular biology and epigenetics led him to commence a PhD in the Chatterjee Lab, where he is investigating the role of DNA methylation and CRISPR specific targeting mechanisms in melanoma. Outside research, Rakesh enjoys cooking, dancing, travelling and listening to music. 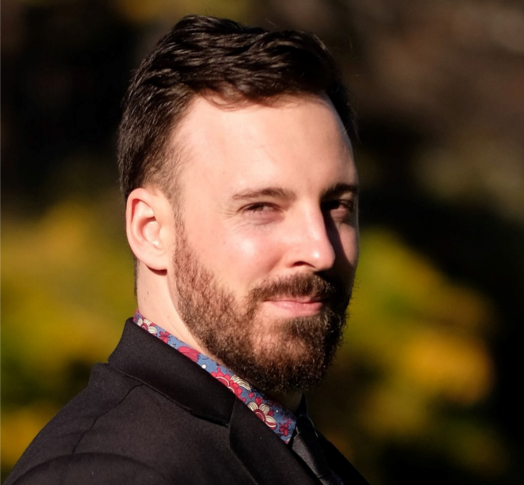 Morgan completed his Bachelor’s degree in Microbiology and Genetics from The University of Otago in 2015 and his Master’s degree from The University of Otago in 2018. His drive and desire to study epigenetics led him to start a PhD in the Chatterjee lab, looking at epigenetic predictor markers of cancer metastasis through liquid biopsies. Outside of research Morgan enjoys swimming, reading and playing board games with friends. 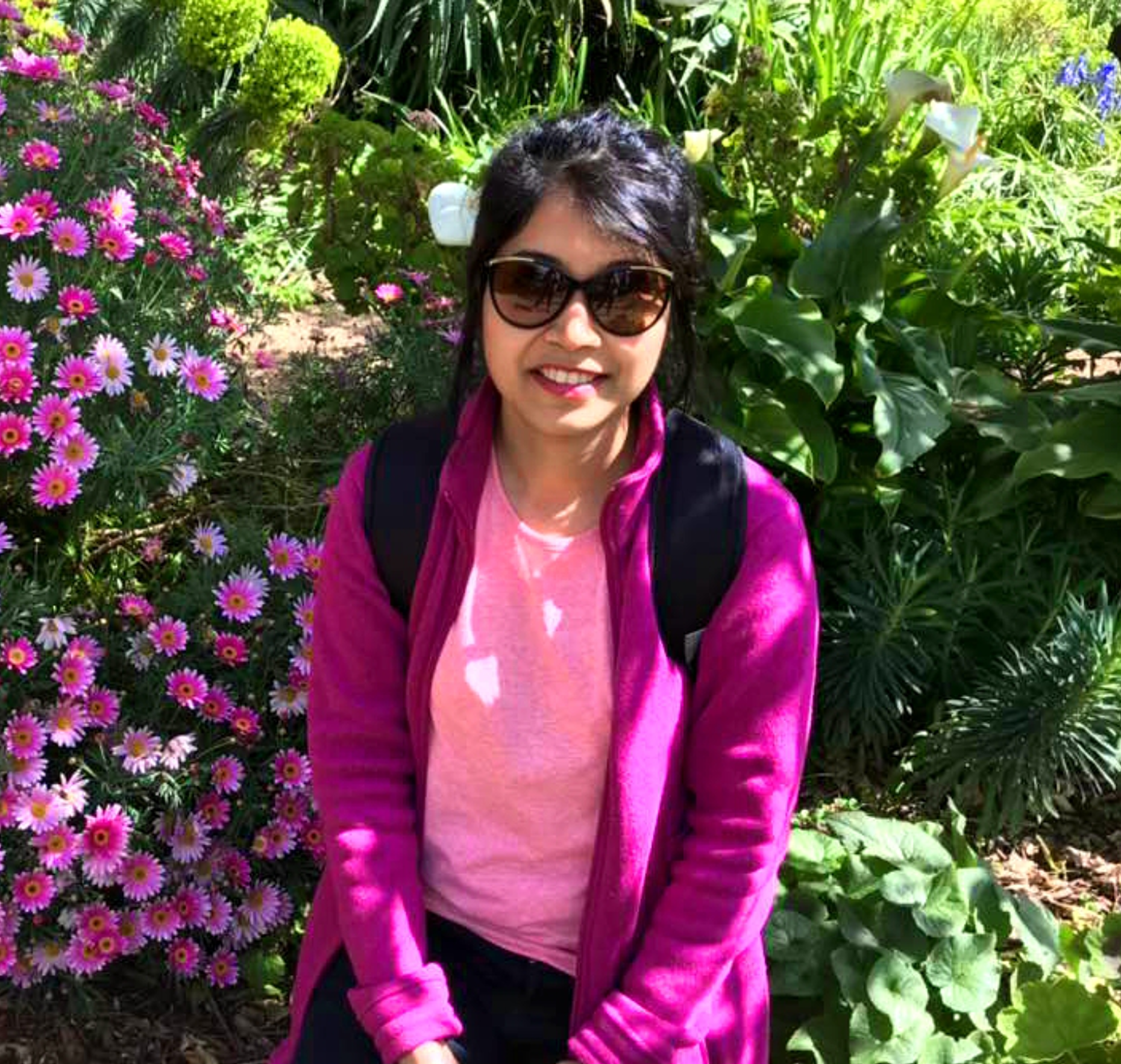 Mehbuba is focusing on implementing computational methods to uncover knowledge from biological data as well as editing epigenomic biomarkers of target genes using the CRISPR-dCas9 system. She will also carry out in vitro functional investigations of these genes. Outside the lab she enjoys photography and painting. 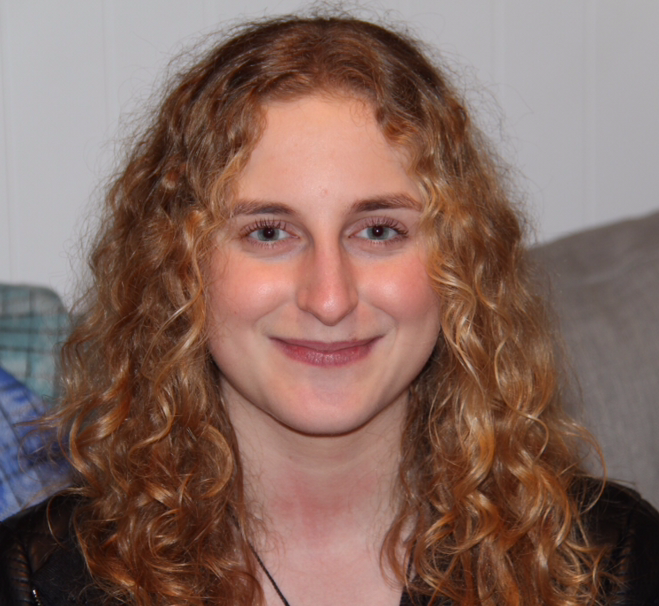 Natasha completed a Bachelor of Science degree in Genetics with a Statistics minor at the University of Otago. Her passion for both lung cancer research and bioinformatics led her to begin a Master’s project in the Chatterjee lab, analysing the DNA methylation and transcriptomic data of drug-tolerant lung cancer cells through bioinformatic techniques. In her spare time, Natasha enjoys reading, creative writing, dancing, long-distance running, and practising taekwondo. 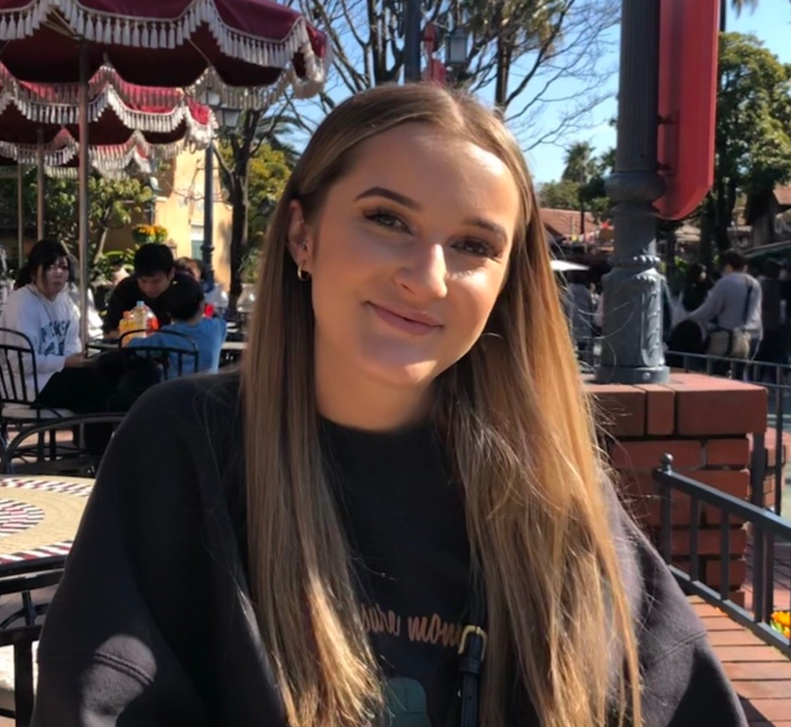 Hannah grew up in Tauranga but ventured to Otago to complete a biomedical science degree. Epigenetics always stood out to her during the many aspects of genetics that were covered in the degree, leading her to join the Chatterjee Lab group working on single-cell methylation in colorectal cancer cells. In her spare time she enjoys going to the beach, doing scenic walks, and spending time with friends. 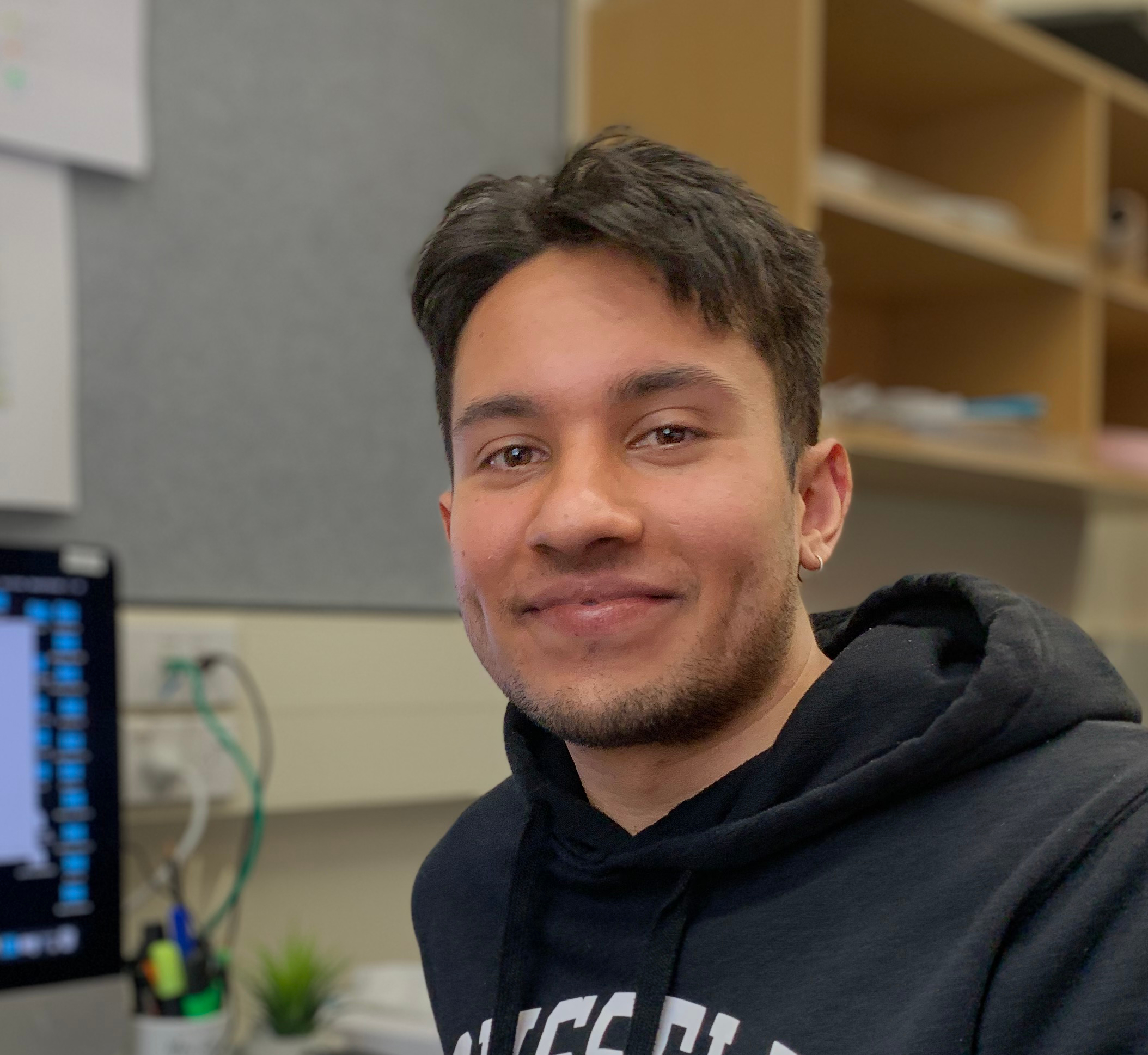 Nick completed his Bachelor’s of Science majoring in Genetics at the University of Otago. His interest in CRISPR/Cas biotechnology led him to join the Chatterjee lab. Here he is pursuing a Genetics Honours investigating MGMT methylation in melanoma cell lines using epigenomic editing technology. Outside of research Nick enjoys eating Rakesh’s cooking and attempting to keep fit. 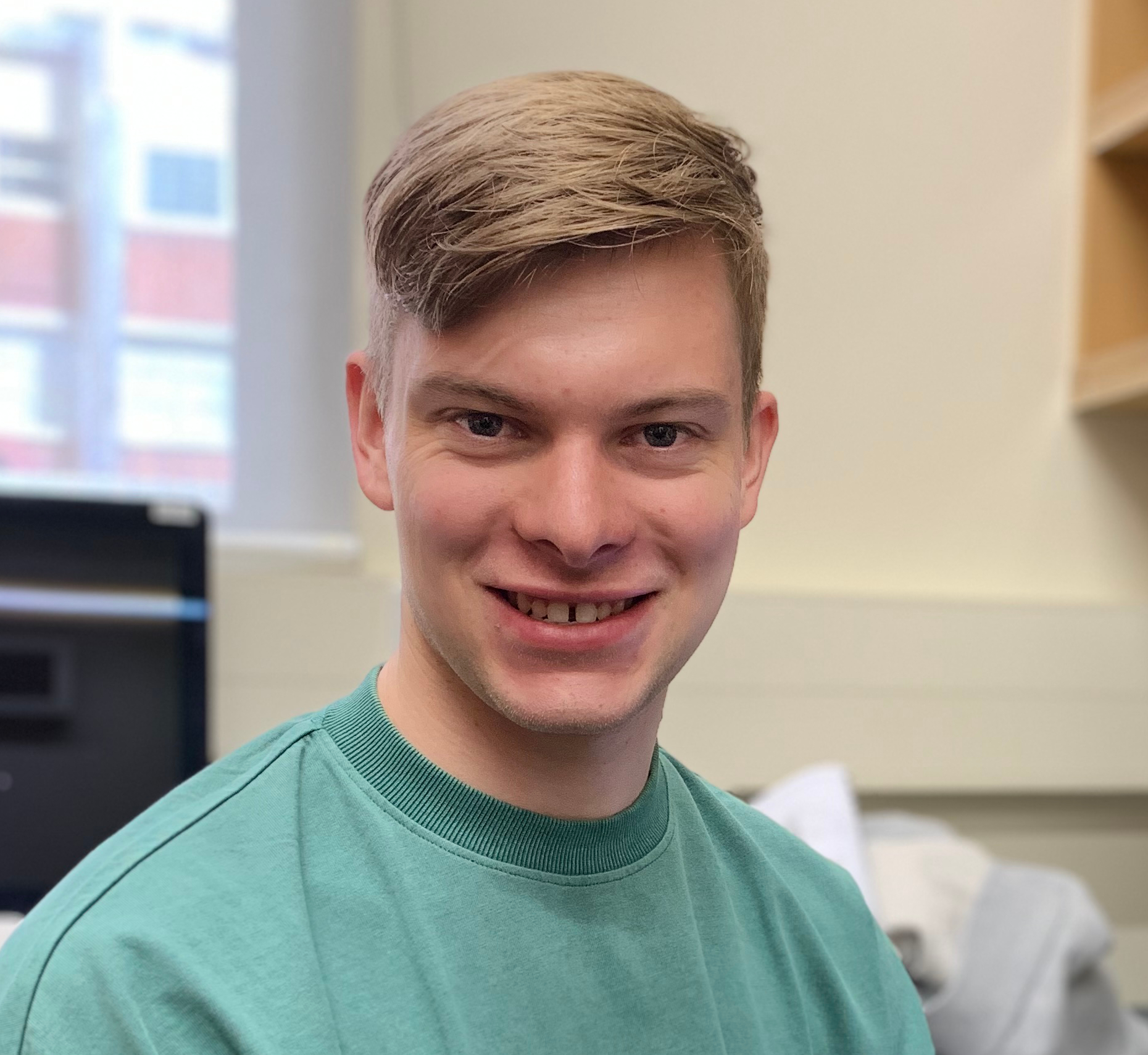 Eddie completed a Bachelor of Sciences (Hons) majoring in Neuroscience at the University of Otago in 2019, and is now studying Medicine. His interest in cancer epigenetics led him to apply for a Dean's Medical Student Research Scholarship, working on single-cell methylation research in circulating tumour cells via liquid biopsy. Outside of study, Eddie enjoys music, sport, and keeping fit.