Edgar Diabetes and Obesity Research (EDOR), in conjuction with the Department of Preventive and Social Medicine at the University of Otago, hosted a presentation by Professor David Stuckler on Monday 22 February, 2016.

David Stuckler is a Professor of Political Economy and Sociology at the University of Oxford, and a research fellow of the London School of Hygiene and Tropical Medicine. He has written over 170 peer-reviewed scientific articles on global health in The Lancet, British Medical Journal and Nature, in addition to other major journals.

Professor Stuckler's book about the global chronic-disease epidemic, Sick Societies, was published by Oxford University Press in 2011. He is also an author of The Body Economic, published by Penguin Press in 2013 and translated into over ten languages. His work has featured on covers of the New York Times and The Economist, and Foreign Policy named him one of the top 100 global thinkers of 2013.

Getting evidence into policy: the role of Big Food, Alcohol and Tobacco 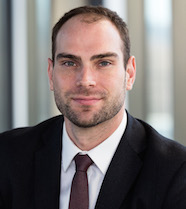