Professor Jim Mann, EDOR Co-Director and Director of the Healthier Lives National Science Challenge, has highlighted potential food insecurity issues for New Zealand in a letter to the Otago Daily Times (ODT), in the wake of the COVID-19 flour shortages.

Honorary Associate Professor Winsome Parnell, Department of Human Nutrition and co-author of the letter to the ODT, has led several national nutrition surveys, and has also helped to develop an index for measuring household food insecurity in New Zealand.

Shortages of flour in supermarkets during COVID-19 has been attributed to an inability to meet production, packaging and distribution requirements associated with the current demand. However, Professors Mann and Parnell note that we are heavily reliant on wheat imports from Australia, as three quarters of the bread sold in NZ is made from Australian-grown wheat.

New Zealand national survey data show that breads are a principal source of energy in the NZ diet, with 11% of energy coming from bread, 7% from grains and pasta, and a further 5% from items which include bread, such as sandwiches and burgers.

Until the mid-20th century, New Zealand was largely self-sufficient in the production of wheat. However, this is now not the case. Professors Mann and Parnell question if in times of national emergency such as the present, will supply of essential food items be guaranteed? In light of the current crisis, they suggest that the government should heed previous and current warnings to ensure that all New Zealanders will be food secure. 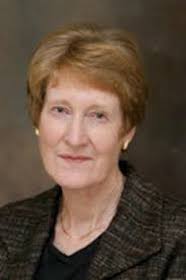