Coal occurs in river and lake sediments resting on basement rocks in many parts of New Zealand. Most important mining areas are shown on the map below. 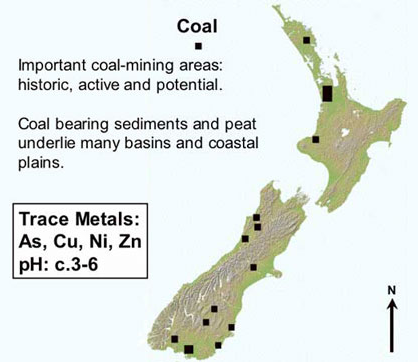 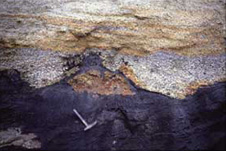 This coal outcrop at Kaitangata, south of Dunedin, has abundant pyrite along the upper margin of the seam. Oxidised pyrite forms the dark brown stains. The pyrite contains arsenic which is released during oxidation..