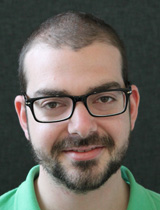 How are eruptions of small volcanoes initiated and modulated by the dikes and conduits of their feeder system?

Small-volume volcanoes are generally dominated by multiple explosive magma-water interaction; most of these volcanoes are monogenetic, having only a single eruptive episode before becoming extinct. This is because magma supply is so small or episodic that any pathways have cooled down and are no longer favored routes for the next magma batch.
Maars landforms results as a deep volcanic crater, which his bottom is cut below the pre-eruptive ground surface, and is surrounded by a low profile thepra ring. They tipically range between 100s of meters to >1 km.
Underneath the maar crater is sat a diatreme, a funnel-shape subterranean structure wide at the top and narrow at the base; diatremes are cut into the country rock (or soft deposits) and filled by pyroclastic debris and broken-up country rock (Lorenz, 1986; White and Ross, 2011). They tipically extend downward, below original ground level, from 100s of meters to few km. Diatremes often consist of three zones (White and Ross, 2011): (1) the upper diatreme, consisting of bedded lapilli tuffs and tuff breccias that sometimes have inward (toward the center of the diatreme) dips that steepen with depth; (2) the lower diatreme, consisting of relatively massive tuff breccia with crosscutting, subvertical contacts separating tuff breccias of varying clast compositions, in some cases containing isolated slabs or fragmental domains of country rock or ejecta rim derived from higher levels; and (3) the root zone, where primary volcaniclastic deposits (White and Houghton, 2006) are cut by irregularly shaped intrusive bodies, commonly surrounded by in situ country rock breccia, and merge downward into coherent feeder dikes.
Observations of historical maar eruptions (eg.: Lorenz, 1986; White and Ross, 2011) shows that maars and their tephra rings, and by implication diatremes, are formed by many discrete phreatomagmatic eruptive pulses (reflecting individual explosions), which sometimes combine into more sustained eruptive phases (e.g., Moore et al., 1966). However, processes that form diatremes and occur inside them are not yet agreed upon, and the locations of explosion sites in the diatreme and relationship between diatreme and tephra ring evolution remain uncertain (Valentine and White, 2012).
Diatremes and root zones are commonly exposed where extinct mafic to ultramafic volcanic fields have been eroded to expose the plumbing of the volcanoes. Hopi Buttes volcanic field (HBVF), in the Navajo Nation Arizona, contains magnificent exposures of frozen plumbing systems extending over ~2 km2; located on the stucturally unmodified Colorado Plateau it consist of about 300 maars-diatremes volcanoes and minus scoria cones of a late Miocene age (~7 Ma; M. Ort et al. in review) fed by dike systems. The gradual increase in the depth of erosion from the North to the South across the field offer a progressively exposure of the different zones of these volcanoes.
This work take in account volcanic feature located at the Jagged Rock, in the southern of the HBVF (Fig. 1). On the first stage we will focus the attention on the role played by feeder dykes in the development of the eruption.
From continuum-mechanical models for host-rock deformation, Delaney and Pollard (1981) argue that the initial emplacement of magma is in a dike composed of discontinuous echelon segments; wallrock is fractured and comminuted to breccias subsequently eroded by flowing magma. To focus the flow, dikes may grew into buds, plugs or volcanic necks by further erosion of the wallrocks; so, they conclude that dike propagation was the dominant mechanism for creating conduits for magma ascent where the host rock is brittle and elastic.
The aim will be to determine in which way dykes feed magma to surface eruptions, and the onset of fragmentation and conduit development for small basaltic volcanoes in general. In particular, what is it that makes in the same field some volcanoes erupt explosively and make deep diatremes, while others erupt quietly to form scoria cones and lava flows? Differences in dike/conduit characterists within the hydrologically uniform Hopi Buttes field show that it is not as simple as some parts of the dike hit groundwater while others so not.

There are evidence that shallow country rock played an important role in behaviour of feeder dikes, that spawn at particular levels. Furthermore, country rock rheology plays a role in facilitating near-surface (upper km) diversion of magma from dikes into sills; where these diversions occurred magma flux reduced, allowing differentiation with changes in magma evolution from early dikes. 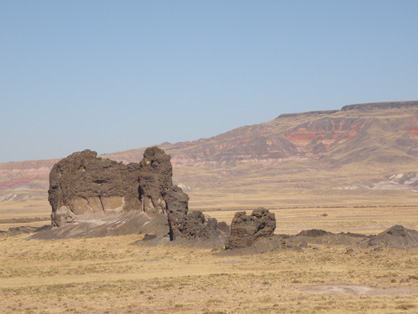 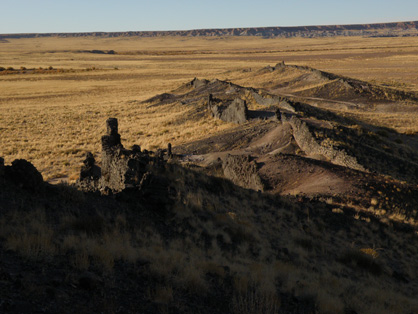 Investigations are developed both on the field and in laboratory, and involve stratigraphic reconstruction and interpretation, grain size distribution and component analysis of tephra layers, petrographic description of main component, chemistry of juvenile glass matrix (SEM), chemistry of whole rock.

Overall, despite of currently diparate ideas, features highlighted during this study suggest that these successions represent a different display of the same eruption on various volcano's sector.
SLP activity is related to a large scale phreatomagmatic explosion which represents the most powerful activity of the last 6 ky, marking the end of Neostromboli cycle, that trigger or was triggered by the Sciara del Fuoco sector collapse on the NW flank of the island..
This was a multiphase eruption; several phreatomagmatic explosions happened, with a progressive deepening of the fragmentation zone, as shown from the lithic distribution. The excavation of the edifice might reflect the occurrence of a multiple regressive landslide event, which in the late stage intersect the core of the hydrotermal system (Bertagnini e Landi, 1996).
In addition, it could not be excluded the opening of lateral vent on the Stromboli's flank. 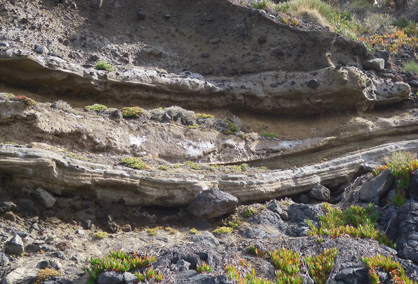 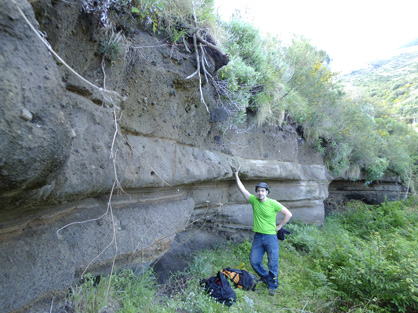