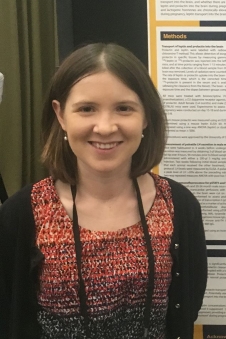 Dr Rosie Brown from the Grattan Lab has just received the University’s Early Career Award for Distinction in Research. Rosie had been nominated by the Department of Anatomy for this year’s iteration of the prestigious prize where the University honours “outstanding research achievement” of young investigators.

The award recognises her work on the role of the hormone prolactin in maternal nursing behaviour which she has disseminated both in highly-ranked journals and at international conferences. Rosie is joined by 5 other awardees across the University who like her are seen as having great potential for successful research careers.