In 2007 he was awarded one out of seven junior group leader grants in nutrition research by the German Ministry of Education and Research (€1,500,000) upon which he returned to the Philipps University of Marburg. He established an independent research group 'neuronal nutrition physiology' at this institution and investigated the role of nutrient sensing in the brain on regulation of body weight and glucose homeostasis. He spent 6 years as junior group leader and Deputy Professor for Animal Physiology (2012–2014) at this institution before he came back to the University of Otago as a Senior Lecturer in Physiology in 2014.

His research is funded by Return on Science (Otago Innovation), the Maurice Wilkins Centre, the Royal Society of New Zealand Marsden Fund, and the German Research Foundation.

Alexander has published 31 research papers and received awards in neuroendocrine research in the UK (Michael Harbuz Price 2009) and in Germany (Ernst and Berta Sharrer Award 2014). 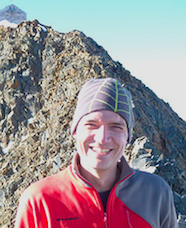