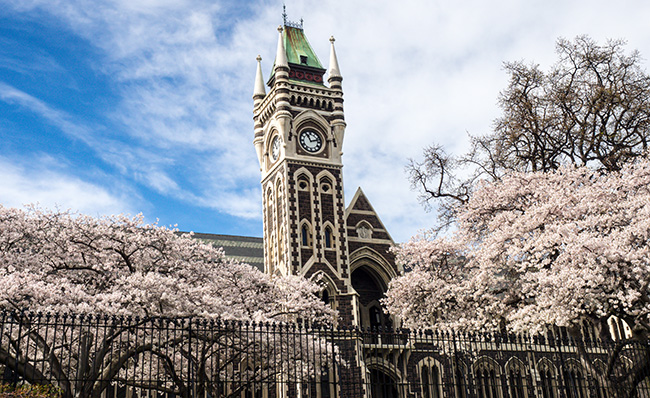 The University of Otago has again placed well in the QS World Rankings for 2018.

The 2018 QS World University Rankings by subject released today have seen an increase in the total number of University of Otago subjects ranked in the top 100 worldwide.

As well as maintaining five subjects in the top 50 worldwide (with three of those five improving their position within the top 50), the numbers of Otago subjects ranked between 51st and 100th increased from eight to 10.

In the top five subject areas for Otago, Physical Education is ranked 12th in the world, and Dentistry, ranked 27th.

For the first time, Theology, Nursing, Pharmacy/Pharmacology, and Earth (and Marine) Sciences featured in the 51 to100 band in the world, joining Psychology, Performing Arts, Geography, Education, Anthropology, and Law in this band.

The Otago subjects in the 101-150-band are: English, History, Biological Sciences, Medicine, Environmental Sciences, Accounting and Finance, and Business and Management Studies.

Those in the 151-200 band are: Languages, Philosophy, Communications and Media Studies, Economics and Econometrics, Politics and International Relations, and Sociology.

In the broader “faculty” categories assessed for the rankings, Otago’s life sciences and medicine areas were ranked 64th in the world overall, compared to 66th in 2017. Otago also secures top 100 faculty rankings for social sciences and management and for arts and humanities.)

“Broadly speaking, these are stronger results compared to 2017, which was in turn much stronger than 2016,” says Otago’s Deputy Vice-Chancellor (Academic) Professor Vernon Squire.

“They are welcome recognition of the range and quality of our teaching and research across the disciplines, and what we have achieved,” he says.

“I take this opportunity to also recognise the hard work of the staff involved in the many departments that feature in these rankings,” Professor Squire says.

You can find the QS World University Rankings by subject here.