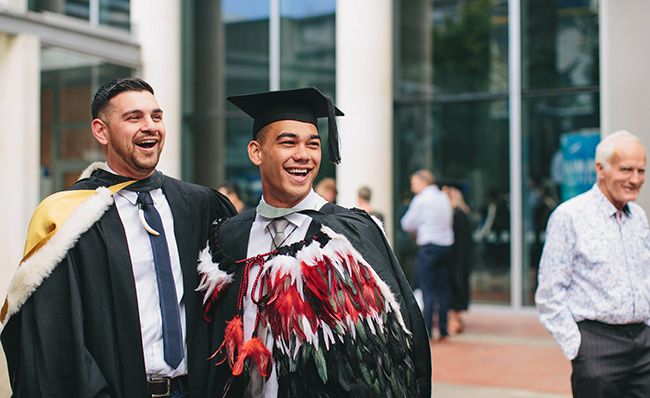 Māori student enrolment at the University of Otago for 2018 has increased by 322 enrolments since last year.

The University of Otago is inching its way towards an important target, thanks to a spike in the number of new Māori students.

That has been driven by a 10 per cent increase in the number of new Māori students. Pacific enrolments are also up, increasing by 45 students compared to 12 months ago.

The number of tauira Māori is also expected to cross the 2000-student mark later this year.

University of Otago Office for Māori Development kaiwhakahaere Tuari Potiki says they are proud of another increase in Māori numbers.

“The numbers are a good step towards population parity. Nearly a couple of hundred new students gives us quite a good boost,” Mr Potiki says.

“Our students are the most successful tauira Māori in the country, and word is getting out that Otago is the go-to for Māori students.”

The figures are another impressive sign for Māori student numbers at the University, which have increased every year for more than a decade.

University Vice-Chancellor Professor Harlene Hayne says the goal of population parity is their next target.

“A milestone is only a marker point on a journey, not the end of a journey. We have some more ground to cover yet,” Professor Hayne says.

“Population parity for Māori across the University as a whole is what we are pushing towards next, along with parity in academic achievement.

“I mention academic achievement not just because that is increasing for Māori at Otago too, but because - at the end of the day - it’s not just about getting more Māori in the door; it’s about providing an environment that fosters their academic success.

“An environment that Māori can come to, even if they are first in their whanau to do so, confident that they will not only have the opportunity to realise their potential, but that they will be fully supported to do so.”