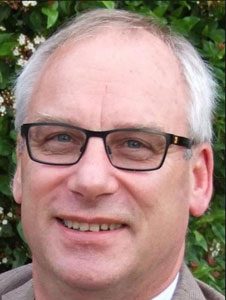 The prescription of drugs designed to treat conditions such as bipolar disorder and schizophrenia, and symptoms such as hallucinations and delusions has increased in New Zealand by almost 50 per cent in less than a decade, according to the first local study of its kind.

But instead of indicating an increase in Kiwis with diagnosable psychiatric disorders, it is possible that people are using the prescription drug ‘off-label’ to calm, relax, control or aid their sleep.

The University of Otago, Christchurch study found one in 36 New Zealanders aged over 15 was dispensed an antipsychotic drug in 2015. The highest users are European females aged over 65 (5.04 per cent of that group are using them), then Māori males aged between 25 and 44 (4.77 per cent of that population).

The study features in the latest edition of the New Zealand Medical Journal.

Study author University of Otago, Christchurch psychiatrist Professor Roger Mulder says this first insight into New Zealanders’ use of drugs first prescribed in the 1960s to treat psychiatric conditions is interesting but slightly concerning. It shows usage increased across all groups and parts of the country.

“The Ministry of Health tracks all prescriptions dispensed so we have a very accurate picture of use. What we can’t say from this study is categorically why people are using these medications and at what doses. This is an area that would be useful to explore further. There is no evidence rates of psychosis are increasing so rate increases appear to be related to other issues. Antipsychotics are often prescribed ‘off-label’ for sleep and anxiety issues, so I suspect they may be being used in low doses for anxiety and sleep and in higher doses for behavioural control.”

Professor Mulder says the increase in use of antipsychotics in New Zealand over less than a decade appears ‘quite steep’. Australia’s usage increased by 36 per cent between 2006 and 2014.

The researchers tracked use by ethic group, age and district health board area. They found:

Professor Mulder says the study shows the prevalence and distribution of use of the medication appears to be somewhat arbitrary. “This arbitrariness in prescribing rates across areas and ethnicity is concerning. Antipsychotics have significant adverse effects, and data on long term safety and effectiveness is lacking,’’ he says.