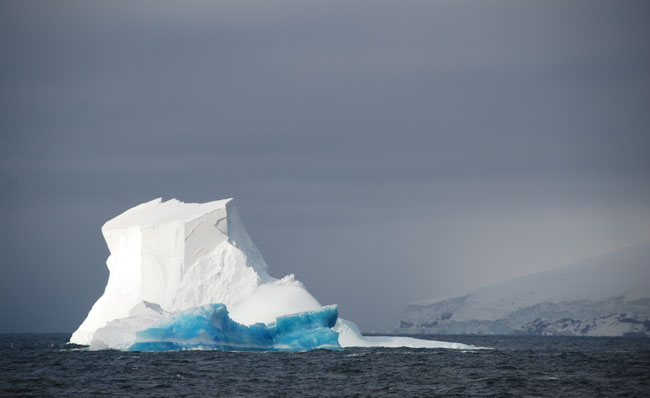 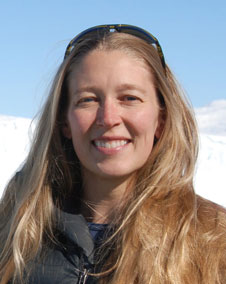 The East Antarctic Ice Sheet melted during extended warm periods in the past when temperatures were similar to those predicted for the coming century, a new study published in Nature has shown.

This melting contributed to sea levels that were thought to be six to nine metres higher than today.

The study, which involved researchers from Victoria University of Wellington and the University of Otago, along with other overseas collaborators, looked at marine sediment layers offshore of the East Antarctic Ice Sheet to investigate if parts of the world’s largest ice sheet melted during warm periods in the recent geological past.

“Our research investigated records of periods that were up to two degrees warmer than today by looking at sediment layers that settled on the sea floor during the past 450,000 years,” says Associate Professor Rob McKay from Victoria University of Wellington. “The information we found in these layers indicates that the East Antarctic Ice Sheet retreated significantly inland relative to today due to melting in those warm periods.”

Other researchers involved in the study came from Imperial College London, University of Queensland, JAMSTEC in Japan, and the Andalusian Institute of Earth Sciences, University of Granada and CSIC in Spain. The research was made possible by the International Ocean Discovery Programme.

“What we have learned is that even modest warming of just two degrees, if sustained for a couple of thousand years, is enough to cause the ice sheet in East Antarctica to retreat in some of its low-lying areas,” says Dr David Wilson, from Imperial College London, lead investigator on the project. “With current global temperatures already one degree higher than during pre-industrial times, future ice loss seems inevitable if we fail to reduce carbon emissions.”

Dr Christina Riesselman from the University of Otago says it’s important to remember that both ice sheets and sea level have varied widely in the past, with the last 6000 years of stable sea level an exception rather than the rule.

“At the peak of the last ice age, huge ice sheets on both hemispheres locked up so much water that sea level was 120 metres lower than it is today,” she says. “And when the ice age ended 20,000 years ago, sea level rose at an average rate of one metre per century, so we know ice sheets are capable of responding to climatic warming with melt rates that would have significant impacts on society.

“We also know that sea level during two recent interglacial periods (125,000 and 400,000 years ago) was even higher than it is today, by six to thirteen metres. Our new research finds that the most extreme changes in the East Antarctic Ice Sheet took place during these same times of elevated sea level, suggesting that some of the ice that remained on Earth after the last ice age, including in East Antarctica, may already be primed for renewed melting,” Dr Riesselman adds.

Professor Tina van de Flierdt, also at Imperial College and a co-author on the study, added:

“On multi-centennial to millennial time scales, ice sheets will dominate global sea level rise and pose a challenge to coastal regions around the globe. Decarbonising our economy is needed to keep global warming below 1.5 to 2 degrees, as targeted by the Paris Agreement, and to avoid major sea level rise in the future.” 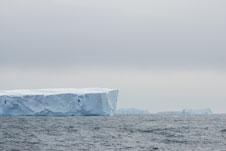 A flotilla of tabular bergs adrift in the Southern Ocean, near the outlet of the Wilkes Subglacial Basin, East Antarctica.

Background on the study:

The new study was made possible by the International Ocean Discovery Program (IODP), a multinational marine research collaboration between 23 member nations that has been exploring Earth's history through scientific seafloor drilling for the past 50 years. New Zealand joined IODP in 2008 through the Australia and New Zealand IODP Consortium (ANZIC), which supports participation of New Zealand scientists and educators on two-month-long research expeditions, including recent voyages to the Hikurangi Margin and Tasman Sea aimed at understanding New Zealand’s tectonic setting.