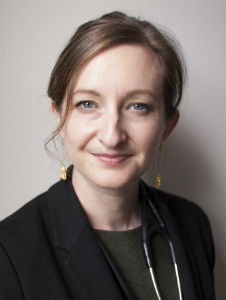 While increasing numbers of medical graduates are female, new research led by an Otago Medical School graduate highlights the magnitude of gender disparity in cardiology.

The research is important because cardiovascular disease is the leading cause of death in both women and men, but many recently published studies indicate suboptimal treatment and outcomes for female patients with heart disease in comparison to men, Dr Burgess says. Other research has recently reported important differences in outcomes where female doctors treat female patients, favouring treatment by female doctors, while the value of diversity within a broad range of workplaces is well established.

“Improving gender equality within cardiology has been identified as a powerful means to improve cardiovascular disease outcomes in women.”

An interventional cardiologist specialises in the treatment of coronary artery disease, stenting open obstructed arteries that cause heart attacks and treating structural heart disease. “It’s an interesting fact that more women from New Zealand have become Prime Ministers than interventional cardiologists,” Dr Burgess points out, as she and her research co-authors work to facilitate change.

In New Zealand and Australia, the researchers found 42 per cent of medical practitioners in 2015-2016 were female, but only 4.8 per cent of interventional cardiologists were female. This under-representation of women within cardiology is comparable to that seen in the United States at 4.5 per cent and mirrors the gender disparity seen in orthopaedic surgery (4 per cent).

The reasons for the gender disparity in interventional cardiology are myriad. Although unsocial working hours and on-call requirements along with concerns regarding radiation exposure were assumed to limit inclusion, this has not been well supported by comparative data from the research.

However, what is clear is the significant gender pay gap with the researchers calculating the average annual taxable income for the 2015-2016 period for female cardiologists was just 55 per cent of the income of male cardiologists.

Dr Burgess says previous research has shown that after interest itself, the two main reasons for selecting any speciality are positive encouragement and a supportive role model.

“In my experience women are less likely to be encouraged into the speciality and more likely, first, to be told that it is hard on families, or that other specialities or sub-specialties ‘are a good choice for women’; messages that are outdated in an era where diversity and equality should be available to both doctors and patients,” she says.

Identifying the issue and its magnitude is the first step in addressing the significant gender disparity with the cardiology and interventional cardiology community, the researchers say. They have formed the WiiCAN group (pronounced “we can”) – Women in Interventional Cardiology of Australia and New Zealand to help promote the role.