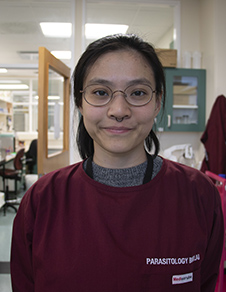 A breakthrough in monkey malaria research by two University of Otago scientists could help scientists diagnose and treat a relapsing form of human malaria.

Malaria is a mosquito-borne infectious disease that affects humans and other animals with more than 200 million cases annually, particularly in Asia, the Pacific and South America. Symptoms include fever, tiredness, vomiting and headaches and in severe cases it can cause seizures, coma or death.

Relapsing malaria is caused by the vivax malaria parasite, which is also the most widely distributed and difficult to treat cause of human malaria. Current efforts to develop new drugs and vaccines against vivax have been stymied by lack of a test tube (in vitro) cultured method.

However, in a world-first discovery, Dr Adelina Chua and Jessica Ong have cracked an in vitro method for culturing a monkey malaria parasite which is closely related to the relapsing vivax parasite.

“We can’t culture vivax malaria, but now we can culture its almost identical sister species which gives us an unprecedented opportunity to develop and rapidly test new antimalarials,” Ms Ong, a doctoral candidate from the Department of Microbiology and Immunology, explains.

An interesting spinoff from this research is that the drugs developed against human relapsing malaria also have a good chance of working against bird malaria, which has been killing the endangered yellow-eyed penguin on the New Zealand mainland. 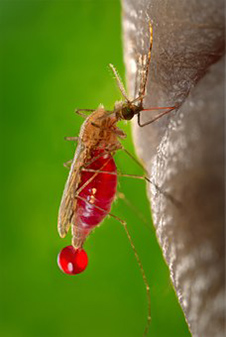 “Before our model there was no high throughput model to screen new antimalarials targeting relapsing malaria,” Ms Ong says.

“Our model will play a significant part in not only drug development, but also vaccine and diagnostic research.”

The publication of this new malaria culture method in Nature Communications, follows an international conference in Dunedin last September which brought together a range of industry, government and academic interest groups, keen to utilise this culture method.

Dr Chua says since the discovery, the special malaria culture has been exported to Japan, France, the USA and the Netherlands.

“These various industry and academic groups are using the model to conduct mass screenings of drugs that target the dormant liver stages which are responsible for the relapsing nature of malaria.”

While the parasite used was originally isolated from old world monkeys from Malaysia, Ms Ong says it is important to note that because this new method is in vitro, it reduces the need for animal research models.

The finding is also significant for the penguin population.

“Bird malaria has a relapsing form in its tissues, very similar to vivax malaria, so treating the penguins with regular antimalarials doesn’t flush out the hidden tissue forms,” Ms Ong says.

“The new method will not only help develop anti-relapse antimalarials for drug-resistant human malaria, but also help target the growing problem of penguin malaria.”

The manager of Penguin Rescue Rosalie Goldsworthy says she is excited to learn of the new development which will benefit both penguins and humans.

“Research has shown human drugs to be effective in treating avian malaria, so the critically threatened yellow-eyed penguins will have a better chance of surviving when this model is developed.”

This research was funded by the Marsden Fund and Health Research Council.

To arrange an interview with Jessica Ong, please contact: