Six60 returns to its roots with new scholarships 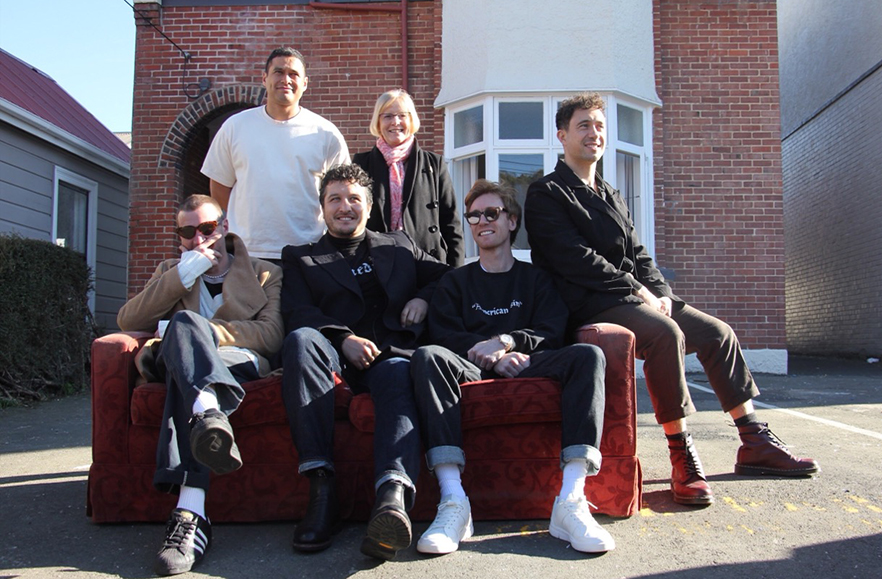 Six60 and Acting Vice-Chancellor Professor Helen Nicholson outside the flat at 660 Castle Street.

They started in Dunedin as a group of University of Otago students and went on to sell countless albums and fill the biggest stadiums in the country. Now Six60 are returning home and offering future performing artists a poignant opportunity to forge their own paths.

The band and the University of Otago have signed an agreement today at Te Korokoro o te Tūī, Otago's new Performing Arts centre, that will see four $10,000 scholarships offered each year to aspiring Performing Arts students.

The successful candidates will also get to take up residency at the famous flat on Castle Street, after the band purchased their former home with the intention of housing aspiring Performing Arts students.

Another important element of the scholarship is some potential mentoring opportunities between Six60 themselves and the award winners.

Lead singer Matiu Walters says the band is ecstatic to be giving back to a place that gave them their big break.

“Our roots have always been in Dunedin and at 660 Castle Street,” he says.

“Owning the house and being able to preserve its mana is something we have always dreamed of, but being able to realise it now is incredible.

“We know that Dunedin and the University of Otago is a key part of the Six60 story and we are very pleased to be able to work with the band to create new opportunities for students,” she says.

“Alongside the recent construction of our state-of-the-art recording studio, this is a real boost for performing arts at Otago and underlines the very particular opportunities that we have for students here in Dunedin. We sincerely thank the band for giving back to the student community that they once called home.”

Our kaupapa at Otago is supporting young people as they embark on life’s journey to become the people they would like to be. The newly-created Six60 scholarships are another incredible opportunity for our students to choose their own path and, more importantly, to have meaningful support alongside them for that journey.