A new study concludes ageing underground pipes in many Christchurch suburbs are leaching asbestos fibres into the city’s main water supply; and although raising no immediate concerns for public health, the results are prompting calls for a prioritised pipe replacement programme.

Published by the International Water Association’s Water Supply Journal, the University of Otago School of Geography, Te Iho Whenua, study sampled drinking water from asbestos cement pipes in 35 locations across the city, targeting those laid between the 1930s and 1960s. It found “abundant evidence” of both short and long asbestos fibre release in all Christchurch water supply zones (excluding the modern development at Kainga). 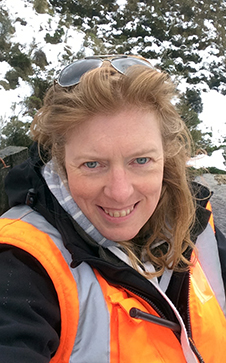 Asbestos fibres were identified in drinking water obtained from 19 of 20 fire hydrant locations sampled citywide and in samples from three out of 16 domestic water taps. Higher amounts of fibres were found in areas which experienced greater levels of liquefaction in the Canterbury earthquakes over a decade ago. The study says the presence of asbestos fibres suggests the pipes are being corroded by the soft and highly-aggressive municipal water supply.

Study co-author Dr Sarah Mager, a senior lecturer at the University of Otago’s School of Geography, Te Iho Whenua, says the findings, while significant, are not cause for public health alarm.

“While there is no regulatory threshold for asbestos fibre limits in New Zealand drinking water, and no maximum acceptable value of ingested asbestos from water yet internationally identified, the amounts detected in this study DO NOT exceed levels of concern for human health. The long asbestos fibre concentrations we found measured below current US-EPA 2015 guidelines.”

The World Health Organization, the NZ Guidelines for Drinking Water Quality Management and the Australian Drinking Water Guidelines state there is insufficient data available worldwide to derive a health-based link to asbestos in drinking water.

However, the study authors acknowledge this area of science remains under-studied and that most global piped networks of asbestos cement have exceeded “end of life” status in the past decade.

The University of Otago, in collaboration with ENGEO Consulting Ltd, sent samples from all 35 citywide locations to an international specialist laboratory in the United States for analysis. 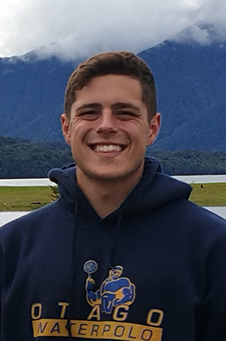 Study co-author Michael Knopick, who undertook the study for his University of Otago Masters of Science thesis, says asbestos cement pipelines are known to be the most vulnerable in earthquakes as they are brittle and subject to damage and breakdown.

“Ground acceleration, shaking or vibration can cause them to shear, meaning they can degrade both inside and out,” he explains.

“Christchurch has a moderate to highly aggressive water supply as it’s low in dissolved calcium and magnesium, and that aggressiveness has enhanced internal pipe corrosion. The outer surface of the pipes is also vulnerable to decay, especially in conditions where there are high groundwater tables, which is what happens with prolonged liquefaction.”

Asbestos cement was commonly used for water pipes worldwide in the 20th century due to its strength, thermal and chemical resistance, plus technical superiority to other materials. However, by the 1970s it became clear these pipes, when damaged, could release asbestos fibres into water supplies, prompting global restrictions on their use. In New Zealand, asbestos cement pipes in water mains were widely used up until the 1980s.

Of Christchurch’s 1814-kilometre total underground water mains network, 789 kilometres is laid in asbestos cement piping. The oldest pipes pre-date 1950 and are laid underneath small pockets of New Brighton, Hei Hei, Mt Pleasant and Halswell. More were laid during the 1950s in Hei Hei, Riccarton and Aranui; in the 1960s around wider Halswell, Ilam, Riccarton, Burnside, Bishopdale, Redwood, Hornby, Parklands and Lyttleton; and in the 1970s in Philipstown, Parklands, Somerfield, Woolston and Bishopdale. Much of the piped network adjacent to the Ōtākaro Avon river was replaced due to liquefaction post-2011.

“The lifespan of asbestos cement piping in New Zealand is between 40 to 60 years, depending on the environment in which its laid,” says Mr Knopick.

“We know asbestos piping that’s been in the ground longer than 50 years can degrade and release fibres from its walls. It’s been described at this point as having the characteristics of wet cardboard.”

The authors say it’s now crucial that councils across New Zealand establish which pipes in their networks are subject to deterioration and plan for targeted replacement roll-outs as soon as possible.

Dr Mager says many of these pipes have reached the end of their life.

“Some are up to 80 years old and therefore 20 to 30 years overdue for replacement. We believe authorities should prioritise replacing pipes over 50 years old to reduce the risk of water-carried asbestos release, and to mitigate any potential risk of asbestos from ingested, contaminated water sources.”

The study points out New Zealand currently has 9000 kilometres of asbestos piping requiring replacement, at an estimated total cost of NZ$2.2 billion.