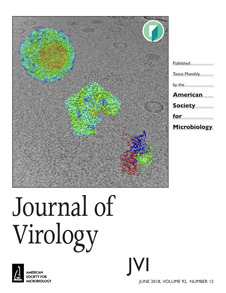 The cover of June's Journal of Virology - with work by University of Otago scientists.

Augmented reality has been used on the cover of a scientific journal for the very first time thanks to a collaboration between Otago scientists and a Dunedin company.

Microbiology and Immunology’s Dr Mihnea Bostina and his team worked with Dunedin's BurningFish Productions to create the image, which made the cover of last month’s Journal of Virology.

The image shows the structure of the Seneca Valley Virus (SVV), a newly discovered virus which infects specifically cancer cells but not normal cells – making it a potential cancer treatment.

“The virus replicates in the cancer cells, which burst and the released viruses infect neighbouring cells.” Dr Bostina explains. “SVV has gone through several clinical trials proving its safety and efficacy. But until recently, it was not known what gives the virus the specific cancer tropism.”

“This is the only case in which a virus and a bacterial toxin share the same receptor,” he says. “The receptor is also known as Tumour endothelial marker 8 (TEM8) and is over-expressed in 67 per cent of cancers, and is not expressed in the normal cells.”

"I think this shows the future in presenting structural work. For instance, students could just point their iPhone, which they always have in their hand, to a picture of a structure and inspect it in 3D."

Dr Bostina says solving the structure of the empty capsid of the virus, lacking the genetic material and proving that it binds to TEM8 shows that it is possible to use the virus not only to kill cancer cells, but also to deliver drugs specifically to tumours.

“BurningFish Creative Director Karsten Schneider helped with the image pro bono – despite the time-consuming nature of the work,” Dr Bostina says. “We were lucky to collaborate with a Dunedin company, and we hope to further use this technology in teaching.”

Dr Bostina says that apart from showing the structure of the protein making the virus capsid, the image simultaneously tells two stories: how the virus is assembled, and how the team solved the structure.

“We collected images of frozen hydrated samples (background). We selected individual images of capsids which were used to reconstruct the viral capsid (upper left). From that we modelled the structure of a protomer (lower right).”

“We are very excited. This is the first time when augmented reality is used for a scientific journal cover.

“I think this shows the future in presenting structural work. For instance, students could just point their iPhone, which they always have in their hand, to a picture of a structure and inspect it in 3D.”

Take a closer look at the image below: 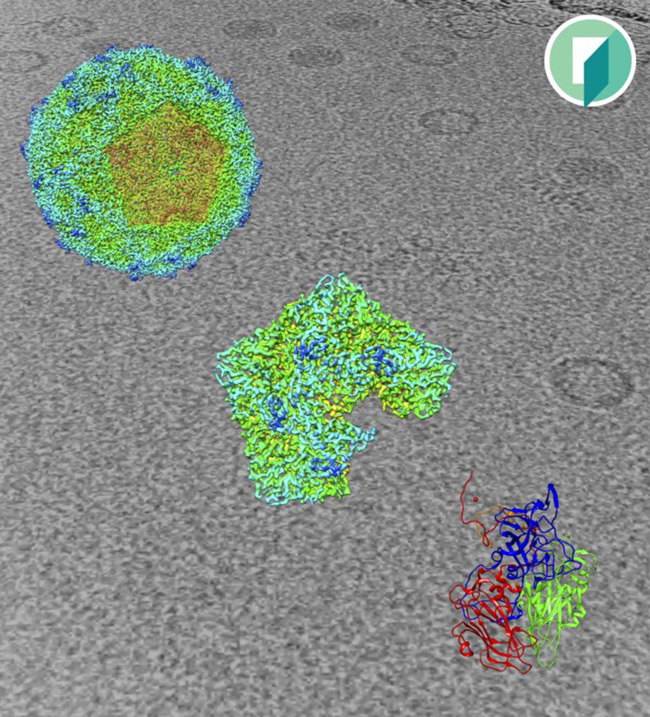