The Otago Medical School opened in 1875, six years after the University of Otago was established as a corporate body with powers to grant degrees in Arts, Medicine, Law and Music, and gained the right to award the Bachelor of Medicine and Bachelor of Surgery (MB ChB, commonly known as the medical degree) in 1877. 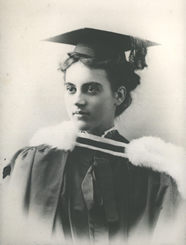 For the first eight years, the two-year course had to be completed overseas, usually in London or Edinburgh.

The school offered a 'full curriculum', which followed the recommendations of the General Medical Council of the United Kingdom, from 1885. The first fully Otago-trained doctor, William Ledingham Christie, graduated in 1887.

In 1891, John Halliday Scott, Professor of Anatomy since 1877, became the inaugural Dean of the Otago Medical School. Professor Scott oversaw the expansion of class sizes and staffing.

Over the next two decades, another 100 Otago doctors graduated, including the first woman to qualify, Dr Emily Siedeberg McKinnon, and the first New Zealand-trained Māori doctor, Dr (later Sir) Peter Buck, who as Te Rangi Hiroa went on to become a renowned anthropologist. By 1910, a largely part-time academic workforce was augmented by the appointment of more full-time professors. 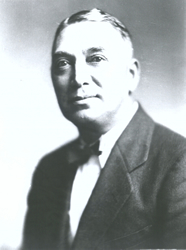 The course was extended to six years in 1920, and from 1924, final-year medical students were attached to hospitals in Auckland, Wellington, and Christchurch, as well as Dunedin. This clinical teaching arrangement was formalised in 1938 by the establishment of 'branch faculties' of the Otago School in the three northern centres (the Auckland branch faculty closed in 1968, when the University of Auckland School of Medicine opened).

Student admissions at the Otago Medical School were open entry until 1940, when a growing numbers of entrants into the medical course had increased pressure on staff and facilities. The initial intake of 100 grew to 120 as early as 1943; 150 from 1972–1974; 200 from 1975–1980; 150 from 1981–1985; and 170 from 1986. Recent governments have progressively raised the intake number to around 300 students, including up to 20 places for students of rural origin, and a limited number of places for overseas government-sponsored foreign students.

Since the 1990s, the Otago Bachelor of Medicine and Bachelor of Surgery (MB ChB) medical degree has been accredited by the Australian Medical Council (AMC). The medical programme's directions are guided by AMC requirements.

These three clinical schools initially taught only the final years of the medical undergraduate programme, but have since developed strong postgraduate teaching and research capabilities.

The 10,000th student to graduate with an Otago medical degree, Dr Lincoln Nicholls, received his MB ChB in 2006.

Deans of the Otago Medical School

From the University of Otago 150th blog