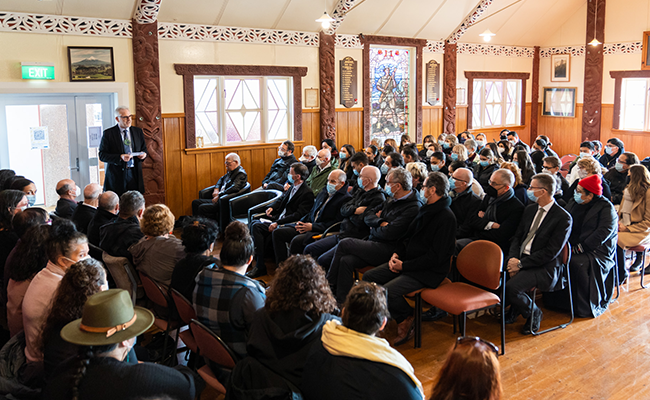 Vice-Chancellor Professor David Murdoch at the pōwhiri at Ōtākou Marae.

Despite poor weather throughout Dunedin, the sun came out during the pōwhiri at Ōtākou Marae to formally welcome Vice-Chancellor Professor David Murdoch and Chancellor Stephen Higgs.

Ōtākou ūpoko Edward Ellison welcomed the pair and around 100 others to the area with support from He Waka Kōtuia.

The pōwhiri was originally planned to be held in February but was postponed because of COVID-19.

Rangihau Te Moana spoke on behalf of the manuhiri, before both the Chancellor and Vice-Chancellor addressed everyone. 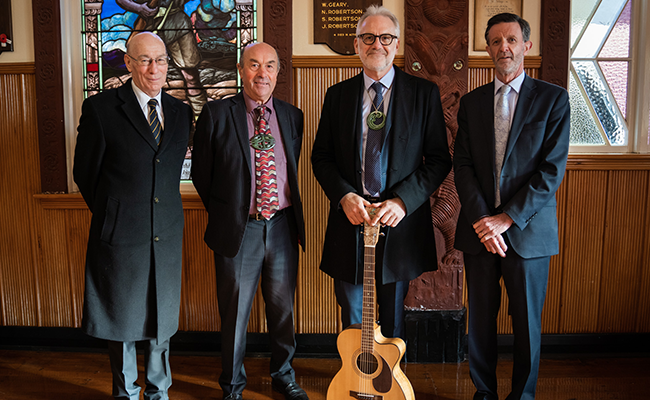 The centrepiece of the pōwhiri was a beautiful rakuraku (guitar) made by Professor Murdoch that was gifted to mana whenua.

“I work a lot with making guitars, and I can see the similarity when it comes to thinking of how we work on a Te Tiriti-led organisation,” Professor Murdoch said.

“I want the bespoke model that works for all of us, not the generic factory model.” 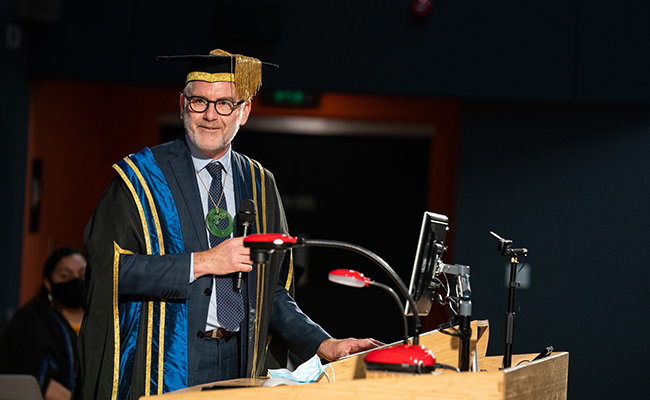 A formal welcome was also held in the St David Lecture Theatre on the Dunedin campus.

Prof Murdoch said it had been “very humbling” to be appointed as Vice-Chancellor.

“Despite disruptions and tough times my overwhelming impression is that this is a great institution. What makes it great is the incredible staff and students.”