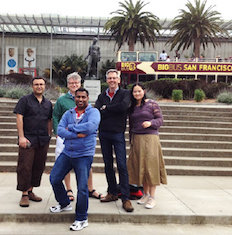 The group then attended the 5th American Conference on Pharmacometrics (ACoP) in Las Vegas from 12–15 October. Since 2008 this international conference actively encourages the collaboration of academia, industry and regulatory agencies on pharmacometrics for the drug development.

At ACoP, the Group participated in a wide range of activities: 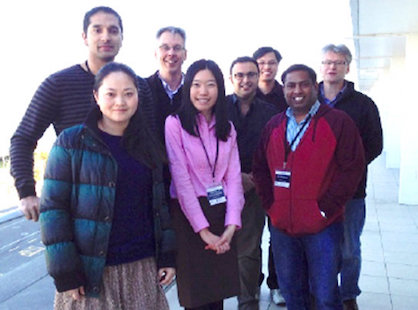 During 26–28 August, the Otago Pharmacometrics Group attended the Australasian Society of Clinical and Experimental Pharmacologists and Toxicologists (ASCEPT NZ) annual scientific meeting held in Queenstown as part of the Queenstown Research Week 2014.

The School was well represented with a range of seven oral presentations from five PhD students and two academic staff.

Congratulations to Steve for winning the ISoP Lewis B. Sheiner Lecturer Award 2014

Recently Steve Duffull was named the ISoP Lewis B. Sheiner Lecturer for 2014. This is a great acknowledgement of Steve's contributions to his research field, as the award highlights an investigator and/or leader who is actively advancing the scientific discipline of pharmacometrics and/or its impact on research, development, regulatory evaluation, or utilisation of therapeutic products, and is capable of delivering an engaging and comprehensive lecture on pharmacometrics.

The Lewis B. Sheiner Lecturer Award recognizes outstanding life achievements in research or leadership in pharmacometrics and application of the circle of excellence Integration–Innovation–Impact to enhance research, development, regulatory evaluation and/or utilisation of therapeutic products. It was founded by ISoP to acknowledge the leadership role of Professor Lewis B. Sheiner to the scientific discipline of pharmacometrics by recognizing outstanding scientists who have continued the legacy established by Professor Sheiner.

Steve will be the presenting an honorary lecture at the ACoP (American Conference on Pharmacometrics) annual conference in Las Vegas, 12–15 October 2014.

Hesham Al-Sallami has won 2nd place in the 2014 CALT Awards for Enhancing Teaching and Learning with Technology presenting Using a coagulation simulation software to learn a complex dose-response relationship.

Chakri received his PhD in absentia during graduation ceremony on Saturday, 17 May 2014. Chakri is currently working on a postdoctoral fellowship at Center for Pharmacometrics and Systems Pharmacology, College of Pharmacy, University of Florida, Orlando, USA.

We congratulate Chakri on his successful PhD journey. 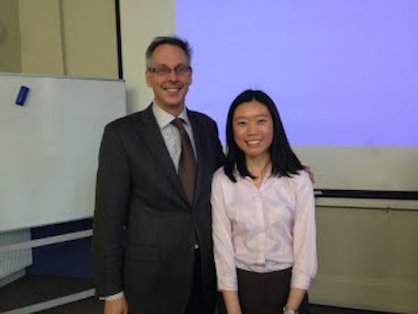 Congratulations to Jill on winning the 'Otago Institute Post Graduate Student Travel Award' on her work on Development of a criterion to quantify forgiveness to attend the ASCEPT Annual Scientific Meeting 2014 later this year in Melbourne, Australia.

The lab offers its warm congratulations to Jill and we wish her all the best for her conference.

Group says goodbye to Chakradhar Lagishetty who recently joined Center for Pharmacometrics and Systems Pharmacology, College of Pharmacy, University of Florida, Orlando, USA. Chakri was associated with our group for last four years since 2010. He had joined the group as a PhD student in March 2010 and completed his PhD in December 2013.

The group wishes him good luck and great success in his future endeavours. 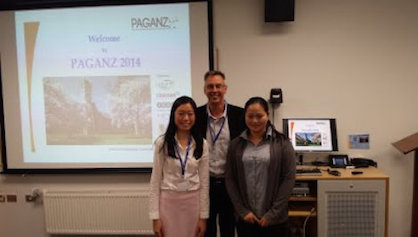 On 29–31 January 2014, the group had hosted PAGANZ 2014 conference at University of Otago, Dunedin. The conference was organised well and received appreciation from the participants.

We congratulate both of them for their well deserved success.