There aren't many of these in NZ, but Buckley Systems in Auckland designs and builds parts for particle accelerators, big and small, all over the world. After his MSc in the Quantum Optics lab at Otago, Hamish found a job at Buckley Systems, where he works on designing precision electromagnets for applications in cancer treatment, fundamental research, and silicon implantation for micro-electronics.

"The magnets I design go into state-of-the-art cancer treatment facilities, synchrotron light sources the size of my hometown Takaka, or machines used by places like Apple and Samsung to make smartphones." 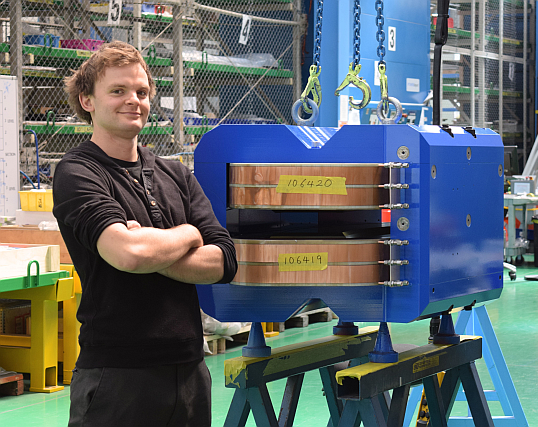 Hamish's research at Otago was on using rare-earth-ion-doped crystals, cooled to a few degrees above absolute zero, to store pulses of laser light. Such a system would act as the memory for a 'quantum computer'. Now Hamish is involved with research on plasma sources and particle beams at Buckley Systems when he is not designing electromagnets.

"Although my new job doesn't involve lasers or any sort of quantum mechanics, a lot of what I learned at Otago is applicable to the physics of magnets and particle beams. More importantly, my studies taught me how to methodically solve all sorts of problems - not just in my design work or research, but in practical problems with equipment on the factory floor, and even with logistical and organisational problems in the company."

Hamish has been surprised by the respect that people have for physicists:

"My co-workers at Buckley bring me all sorts of problems to solve, from materials that are difficult to electroplate, to figuring out the pressure drop in a cooling pipe. My physics training gave me lots of confidence and experience in problem-solving and now some of my colleagues seem to think I know everything!" 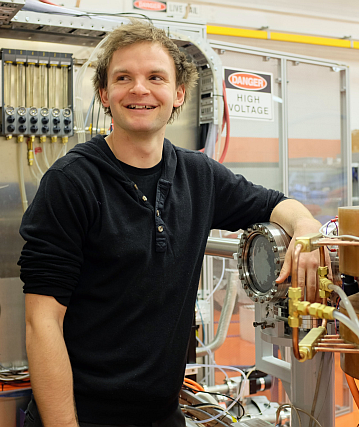