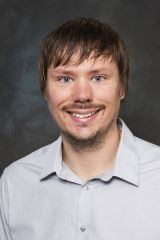 Research in the PPM lab focuses on psychopathy and other personality disorders (with a current focus on DSM-5 developments), the broader integration of personality and psychopathology, and personality assessment with the MMPI-2 and MMPI-2-RF instruments.

Most of this work has focused on how we can use individual differences personality traits to understanding and operationalise personality pathology. The current system in the DSM-5 uses arbitrary diagnoses with polythetic criterion sets that are fraught with problems; dimensional traits offer an attracted solution to these limitations. However, there remains a number of unresolved questions regarding assessment of such traits in clinical contexts, where to draw the line in terms of pathology vs normality, how to conceptualise and operationalise impairment associated with extreme scores on personality trait dimensions, etc. The PPM lab works actively to address these questions and more.

Most personality disorder researchers have a particular disorder on which they are the most expert. In the PPM lab, a lot of work is specifically directed on furthering our understanding of the psychopathic personality. In addition to conceptualising psychopathy from the perspective of dimensional personality traits, some specific areas are also being targeted. We are focused on how psychopathy manifests itself across different settings. While it is easy to study psychopathy in prisons, as individuals high on such traits are readily available there, we know relatively little about how psychopathic individuals operate in the community. Moreover, one major question that continues to puzzle the field is what factors differentiate individuals high on psychopathic traits who operate successfully in the community from those who end up in the criminal justice system. Finally, self-report is an economical method for assessing psychopathy - but can we trust the results given psychopathic individuals’ propensity to lie? The PPM lab continues to address many of these questions and more.

Integration of Personality and Psychopathology

There is considerable evidence that the structure of common mental disorders is hierarchical in nature.

Research in behavior genetics, for instance, has indicated that a lot of the shared commonalities among groups of mental disorders (eg, internalising, externalising) can be largely attributed to genetic vulnerabilities that translate into brain (dys)functions. Interestingly, similar brain functions can also be linked to individual differences in personality traits (eg, neuroticism, disinhibition). The PPM lab seeks to further understand what mechanisms are shared between personality traits and mental disorders, with the idea that the former likely represent vulnerability factors for the latter.

How can patients’ or offenders’ personality and mental health be best assessed in applied settings? The PPM lab conducts research on the Minnesota Multiphasic Personality Inventory – 2 – Restructured Form (MMPI-2-RF), which it a multi-scale omnibus clinical assessment measure designed to cover a wide range of personality and psychopathology. Recent work has focused a lot on the assessment of psychopathy, personality disorders more generally, and also mapping the instruments’ scales onto contemporary hierarchical structures of personality and psychopathology. Another line of research has been on malingering and defensiveness. Can people feign their responses on the MMPI-2-RF and get away with it? The answer to that question is most often “no” and the PPM lab has focused on understanding how the MMPI-2-RF’s so called validity scales can be best used in detecting distorted responding.

Sellbom, M., & Arbisi, P.A. (in press). Introduction to the Special Issue: Linking the MMPI-2-RF to Contemporary Models of Psychopathology. Journal of Personality Assessment.

Sellbom, M., & *Smith, A. (in press). Assessment of DSM-5 Section II Personality Disorders with the MMPI-2-RF in a Non-Clinical Sample. Journal of Personality Assessment.

Sellbom, M. (2016). Elucidating the Validity of the Externalizing Spectrum of Psychopathology in Correctional, Forensic, and Community Samples. Journal of Abnormal Psychology, 125, 1027-1038.

*Christian, E., & Sellbom, M. (2016). Development and Validation of an Expanded Version of the Three-Factor Levenson Self Report Psychopathy Scale. Journal of Personality Assessment, 98, 155-168.