First report from Kathmandu:
This is the start of my third trip to Kathmandu. This time the focus has shifted from developing an new datum to more of a capacity development exercise for the survey department. So this time I am working with Survey Department staff to complete the national adjustment I started during my visit last year but using as much of the software that the Survey Department already uses as possible. The other focus will be to provide training in SNAP which is required to implement the deformation model I developed. Another big difference is that I am staying in an apartment in central Kathmandu this time, right on Dubar Square, which has the old royal palace and a large complex of ancient Hindu Temples. As a result I walk through the area every day and it has been very pleasing to see the progress in strengthening and reconstructing these historic buildings. The other big change is that I am now taking a local bus to work rather than being picked up by a Survey Department car. Mass transit in Kathmandu is 3 wheeler jitneys and vans that are common to most Asian cities and large fleet of old buses that are all individually owned. As far as I can see there is no schedule or defined route. To get a bus in the morning I go to a place where buses congregate (in my case Ratna Park). Each bus has someone (usually a teenager) who calls out the destinations in a very raid static voice (like an auctioneer). I usually cant follow this so I have to ask him about my destination (New Basister) and if they are going there he motions me on-board. The other challenge is knowing where to get off but this is where a SmartPhone helps.
By the way, the other big initiative at the Survey Department is determining the new height post-earthquake height for Mt Everest but more about that later. Watch this space as they say.
Today’s photos, in honour of the progress in reconstructing historic buildings are a before and after photo of one newly restored temple building in Dubar Square (the before photo from my 2015 visit showing the earthquake damage and the after shot of same building now after restoration). 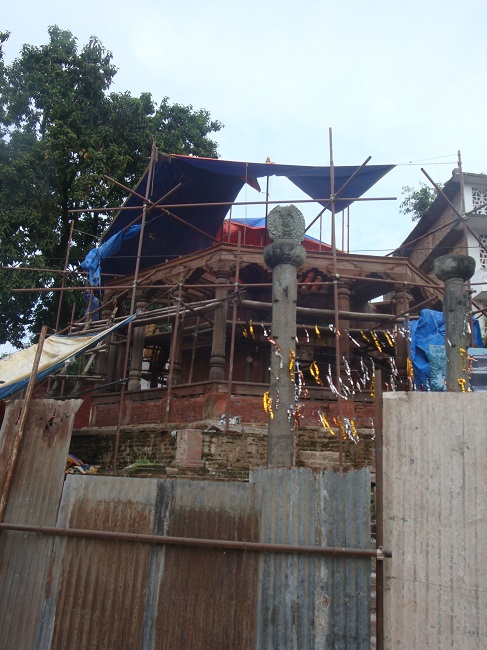 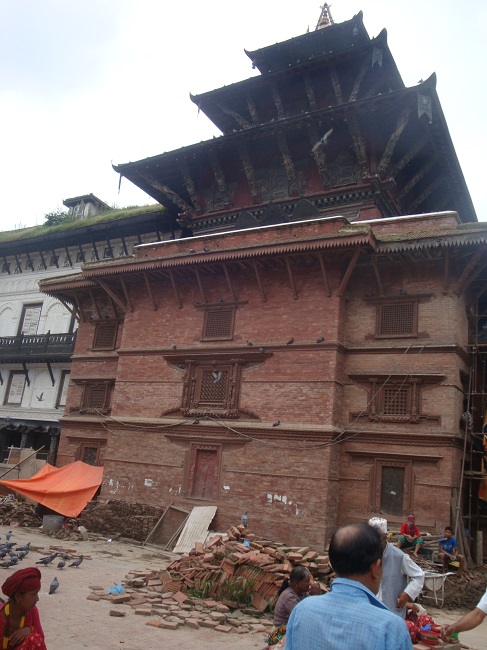