In October 2013, following permission granted from Te Rangi Hiroa’s iwi and his surviving family members, the University announced that it would name its newest Residential College, formerly known as Living Space, as Te Rangi Hiroa College, in honour of its first Māori graduate. 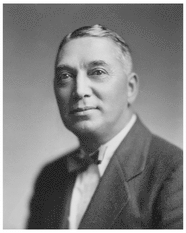 Te Rangi Hiroa (Sir Peter Buck) graduated in 1904 in medicine, and later received an MD in 1910, his doctoral thesis being ‘ Medicine amongst the Maori, in ancient and modern times’. Te Rangi Hiroa was the first Maori medical graduate from a New Zealand University.

Te Rangi Hiroa is reverently remembered as a great son of Taranaki, and a leader and doctor among his people; a man who used his medical training to stem the tide of profound and serious health problems that almost wiped out the Māori population in the first part of the twentieth century. Late in 2013, at a Hui attended by representatives of the University and Ngai Tahu, Dr Tony Ruakere, a graduate in medicine from Otago in 1970, and a Kaumatua from Te Rangi Hiroa’s Iwi, Ngati Mutunga, spoke of his admiration for Te Rangi Hiroa: how Te Rangi Hiroa was at ‘the coal-face’ of turning the tide on diseases besetting Māori, including Small pox, tuberculosis, scabies and other lethal water-borne diseases. This was a critical time in Maori history, he said.

Te Rangi Hiroa later became a member of parliament and a distinguished soldier who was decorated with the DSO for bravery in the field at Gallipoli and in the Somme, with the rank of Lieutenant Colonel. He also later developed a lifelong passion for anthropology with specific reference to the pacific migrations and the cultures of pacific peoples. For the last twenty years of his life he was the Director of the Bishop museum in Hawaii, and was also made a visiting Professor at Yale University.  Te Rangi Hiroa received an honorary Doctorate of Science from the University of Otago in 1937, and was knighted in 1946.

It was fitting that the University chose to honour this very distinguished alumnus in this way. Te Rangi Hiroa College opened in February 2014, with a full complement of 121 first year students and five senior student staff members.

Anyone entering the building is immediately aware of Te Rangi Hiroa’s presence, through a carving, a tukutku panel, photos of his life and other momentos of his work and achievements in the College foyer and study centre. Each floor is named after one of the rivers in Urenui, Taranaki, where Te Rangi Hiroa lived – so his life force continues to flow through the building and inspire the students who will make it their home.