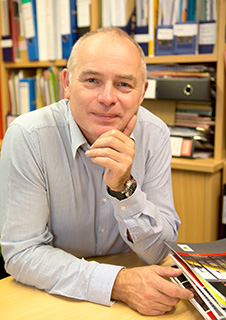 New Zealand smokers overwhelmingly support removing the nicotine from cigarettes to make them less addictive, a national survey has found.

Eighty per cent of smokers and recent quitters questioned as part of an International Tobacco Control (ITC) study say they would support reducing the level of nicotine in cigarettes and tobacco – as long as nicotine is available in alternative products. The US Food and Drug Administration has proposed reducing nicotine levels in cigarettes to minimal levels to make them less addictive.

Almost three-quarters of the smokers questioned said they were interested in trying very low or nicotine-free cigarettes.

The principal investigator of the New Zealand branch of the study, and co-director of the ASPIRE 2025 smoke-free research group, Professor Richard Edwards, says the study highlights the urgency of considering innovative measures that could help achieve a Smokefree Aotearoa.

“Removing nicotine from cigarettes and tobacco would mean cigarettes were no longer addictive. Smokers would find it much easier to quit and would be much less likely to relapse back to smoking after quitting. It would also greatly reduce the risk of adolescents and young people becoming addicted to smoked tobacco products in the first place.”

Support for ‘de-nicotinized’ cigarettes and interest in trying these products was similar among Māori and Pacific smokers and recent quitters.

Professor Edwards says much current discussion centres on how vaping and e-cigarettes could help smokers to quit, but he believes there also needs to be serious attention given to other measures which will be needed if the goal of New Zealand becoming smoke-free by 2025 is to be achieved.

Professor Edwards says the findings could help explain why many smokers remain unconvinced that vaping is much less harmful than smoking, and underline the importance of raising awareness about the relative risks of different nicotine-containing products.

“This should include efforts to increase understanding that nicotine, although highly addictive, is not the main cause of the diseases caused by smoking.”

The research was published in the journal Tobacco Regulatory Science. It was based on a survey of 1,090 smokers and recent quitters, of whom 363 identified as Māori. The research was funded by the Health Research Council and was carried out for the New Zealand arm of the International Tobacco Control study. Interviews were conducted between August 2016 and April 2017, with the survey respondents recruited from the nationally representative New Zealand Health Survey.

Read the full research paper, Beliefs among Adult Smokers and Quitters about Nicotine and De-nicotinized Cigarettes in the 2016-17 ITC New Zealand survey.