Tertiary students are more than twice as likely as the general population to be living in damp and mouldy homes, a study by researchers at the University of Otago, Wellington has found. 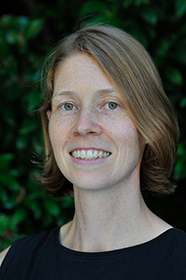 Dr Kimberley O’Sullivan, from the University’s He Kāinga Oranga Housing and Health Research Programme says 35 per cent of tertiary students who responded to an online survey had mould larger than an A4 sheet of paper growing in their houses at least some of the time. This compared to 17 per cent of the general population.

Māori students (47 per cent) and students with long term health concerns or disabilities (49 per cent) were even more likely to have visible mould in their homes.

Of the 522 students who responded to the survey, most were studying at university (50 per cent) or a polytechnic or institute of technology (47 per cent). Sixty-five per cent were flatting, 19 per cent were living with family and nine per cent were in halls of residence or hostels.

“Concerningly, students told us they had made compromises on food and other necessities, and that living in energy hardship had a negative impact on their health and wellbeing.

“Some became physically ill from living in damp, cold and mouldy houses. One student was admitted to hospital with a chest infection, and another said their child had been hospitalised with pneumonia.”

One student reported taking medication to manage the anxiety they felt from being cold, while another said they felt “gross and unhappy” in themselves because of their living situation, and a third talked of experiencing hypervigilance and depression.

“The students who filled in the survey strongly desired affordable, healthy living conditions. As one student put it: ‘having a private, warm place to rest every day is key for my wellbeing’.”

Almost three quarters (74 per cent) of the students surveyed cut back on heating to save money. One in eight Māori students (12.5 per cent), and one in 25 students overall (4.3 per cent) had their electricity disconnected or ran out of prepaid electricity credit because their household could not afford to pay the energy bill – more than six times the national rate of disconnection for non-payment.

Dr O’Sullivan says while StudyLink offers grants of up to $200 to students to help with outstanding power bills or to reconnect their energy supply, many students were unaware this was an option. Only seven per cent had asked StudyLink for help with their electricity or gas bills. Of those who did not ask for support, 92 per cent were unaware assistance was available, and 45 per cent said they might have used it if they had known about it. Instead, students reported using course-related costs available as part of their student loans to help pay for their electricity bills, with one noting: ‘I have an extra $1,000 in debt because I wanted to stay warm’.

“Students are acutely aware of the adverse effects on their physical and mental health of energy poverty, but support is either limited or inaccessible and is poorly communicated to those who could benefit from it.”

“More than half of the students (56 per cent) said the COVID-19 Level 4 lockdown in early 2020 had made it more difficult for them to afford their utility bills, with one reporting their energy bill had jumped from $200 to $500 per month.

The research paper ‘Energy Poverty among Tertiary Students in Aotearoa New Zealand’ is published in the international journal, Energies. https://doi.org/10.3390/en15010076