A career celebration in Wellington 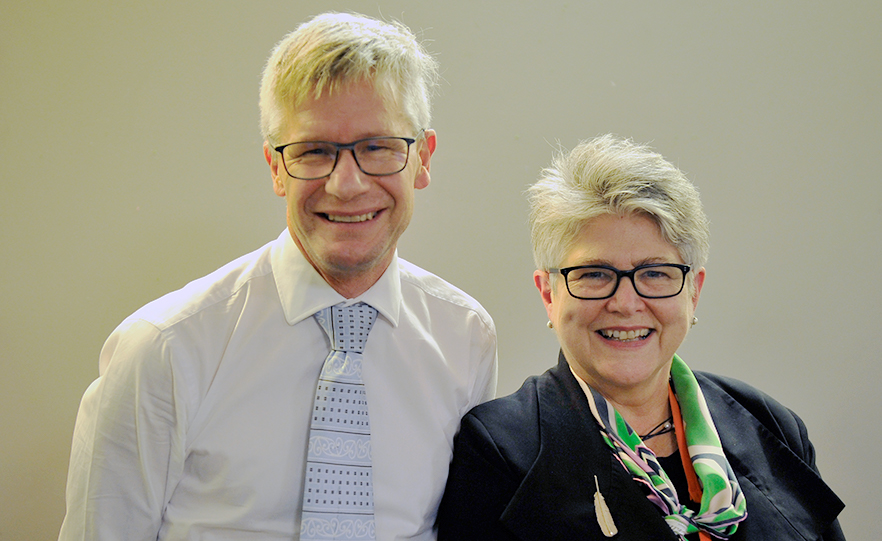 A Festschrift was held on the Wellington campus on 29 May to celebrate the career of Professor Dawn Elder, on the occasion of her retirement from her roles as Deputy Dean and Head of the Department of Paediatrics and Child Health.

A Festschrift is a collection of work celebrating the contribution of an academic over their lifetime. The afternoon event reflected the many and varied aspects of Professor Elder’s career as an academic paediatrician, researcher, teacher, mentor and an astute clinician, who made contributions to service development both in the Wellington region and nationally. Her research interests have been wide ranging, with a specific interest in neonatology and sleep medicine in children, and the programme reflected those interests.

Professor Elder was the first PhD student in the Department of Paediatrics and Child Health, and that history was celebrated with presentations from current post-graduate students in the department, in areas ranging from neurodevelopmental follow-up in preterm infants following early mild hypoxia, to the impact of maternal diet on outcomes for a guinea pig model, to sleep in adolescents with diabetes, to empathic vocal soothing in preterm infants during stressful procedures.

Colleagues from across New Zealand and internationally, both past and present, discussed her contributions to sleep and neonatal medicine in research and clinical practice. Professor Elder was involved in building a number of services over her career.

Professor Esko Wiltshire, who takes on the role of Head of the Department of Paediatrics and Child Health from 30 May, said one of the most significant aspects of her career was Professor Elder’s contribution to child protection services, both in the Wellington region and nationally. This was noted in a number of messages from colleagues around the country, including Dr Russell Wills (former Children’s Commissioner) and Dr Patrick Kelly (head of the child protection unit in Auckland).

“Dawn will be greatly missed by both the university and clinical colleagues for her wisdom, tenacity, insightfulness and hard work in building both clinical service and research … although she will be back as a locum at least for some of the rest of 2022,” Professor Wiltshire said.