New Zealand stroke survivors have told researchers a range of improvements to stroke care is needed, including better access for non-urban residents to specialist stroke care units, improved support and coordination of care after discharge from hospital, better communication, and a focus on providing culturally safe care to Māori.

The research is the first to make a systematic effort to ask stroke survivors from all over the country about their experiences of the health care system, including their acute care in hospital and their rehabilitation in the community.

There are an estimated 9,000 strokes a year in New Zealand and this is expected to increase by 40 per cent in the next decade.

The researchers, from the University of Otago, University of Auckland and other partner organisations, are working on a Health Research Council (HRC) funded research project, REGIONS Care. They held 10 focus groups with stroke survivors across the country to explore their experiences, challenges, and how to overcome them. Their research is published in the New Zealand Medical Journal. 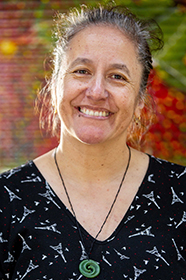 The focus group study lead, Associate Professor Matire Harwood (Ngāpuhi) from the University of Auckland, says the patient-focused study identifies what is most important to people who have had strokes and their whānau.

Associate Professor Harwood says stroke survivors made many positive comments on the diagnostic process and their care in hospitals. But they also talked of negative experiences, including that the stroke care workforce appeared to be “run off their feet” and were not always experts in the field.

Many also mentioned not receiving enough information, particularly about why they had had a stroke. “When participants tried to request further investigations to understand the reasons behind their stroke, they felt their concerns were dismissed.”

Several Māori and Pacific participants said they were perplexed by the limited number of Māori and Pacific hospital staff working in stroke services. When Māori doctors and other clinicians were available, Māori patients reported feeling safer and more at ease, saying there was already a connection between patient and clinician because of their shared culture. They stressed the importance of having doctors who spoke te reo Māori to help address cultural and language barriers.

People who had experienced strokes also reported major gaps and inconsistencies in the community care received following their stroke, including in waiting times and access to therapy.

The overall research programme lead, Professor Anna Ranta from the Department of Medicine at the University of Otago, Wellington, comments: “Most waited one to two weeks for follow-up care, but others waited two to five months, so people felt they had not reached the full potential of their recovery, or had ended up paying for disability living aids themselves.”

When available, specialist stroke units were generally praised for their multi-disciplinary approach, their stroke expertise, and the coordination of care, Professor Ranta says.

Their research, recently published in the international medical journals Neurology and The Lancet regional health: Western Pacific, found people presenting to non-urban hospitals had a 28-33 per cent lower chance of being independent at three, six and 12 months and were 57 per cent more likely to have died and nearly twice as likely to experience recurrent vascular events within 12 months.

New Zealanders of non-European descent were 33-44 per cent less likely to be physically independent at three, six and 12 months and Māori were 75 per cent more likely to have died by 12 months. Both findings were independent of whether the person was living outside an urban area, meaning non-urban Māori were experiencing the worst outcomes overall, Professor Ranta says.

She says the differences in outcomes for Māori cannot be accounted for solely by differences in baseline risks, such as lifestyle or socioeconomic factors.

“At least some of the differences are likely attributable to unconscious bias and institutional racism in the health service.”

Professor Ranta says as a result of the findings, researchers are making concerted efforts to collaborate with Māori health providers and consumers, the Ministry of Health, the National Stroke Network and the Stroke Society of Australasia to develop education programmes on cultural safety and to actively collaborate with Māori and non-urban stroke survivors to improve stroke care. In addition, district health board leadership teams are being sent individual DHB reports on their performance based on this research programme to help with priority setting and monitoring of progress.

‘Barriers to optimal stroke service care and solutions: a qualitative study engaging people with stroke and their whānau’ is published in the New Zealand Medical Journal.

The previous research papers can be read here: