Saying yes to the red shirt and giving back to Otago

It’s been a busy Christmas holiday for Lachie Scarsbrook. Taking his first trip home from the UK since leaving for the University of Oxford nearly two years ago, not only was his research about a new species of gecko published – including collaboration with iwi over Te Reo Māori scientific and common names – but he decided to extend his trip by two weeks to help out for the fourth time as a “red shirt” at Hands On at Otago.

Otago international PhD graduate Amir Amini’s fascination for different viewpoints and love of sharing stories has grown into a 10-part podcast series, When an Irani Meets a Māori.

Taking Otago’s distance-learning Certificate in Health Promotion in 1996 helped create the foundations of a career in public health for Dr Heather Came-Friar, who was named a Member of the New Zealand Order of Merit (MNZM) for services to Māori, education and health in the New Year Honours.

Success is always about joining the kaupapa and working together

While acknowledging how special it is to have been made a Member of the New Zealand Order of Merit (MNZM) in the New Year Honours, Kaikōura High School principal John Tait (Ngāti Apa ki te Rā Tō, Ngāti Kuia) says in reality there are a huge number of people who have been instrumental in the development of his career, enabling him to do things “I would never have done just by myself”.

Belief in a sound mind and a sound body

Leadership in rugby, long service to the University of the Third Age (U3A) and support for the Dunedin Symphony Orchestra has been recognised in the 2023 New Year Honours list. University of Otago MBA Director of the New Ventures Programme, Richard Higham, was awarded a Queen’s Service Medal (QSM) in the awards, which were announced in Wellington this month.

World-leading eye surgeon Professor Helen Danesh-Meyer has been made a Companion of the New Zealand Order of Merit for services to ophthalmology in the New Year Honours list.

It was only after much reflection that Dame Farah Palmer, three-time Rugby World Cup winning captain of the Black Ferns, decided to accept the honour of Dame Companion of the New Zealand Order of Merit, announced in this year’s New Year Honours. The honour is in recognition of her services to sport, particularly rugby.

Otago alumni and staff reacted with shock and surprise, and felt humbled when they heard they had received New Year Honours for 2023.

Cinderella, Britain’s Got Talent, TV drama Cilla, Doc Martin – chances are one of the actors or singers you’ve heard on film, TV or stage has been trained by Otago alumna and voice coach to the stars, Anne-Marie Speed.

We had a fantastic selection of entries to our 2022 photo competition from our alumni. Our four judges were once again impressed with the high standard of photographs submitted. When the judges’ decisions were collated, we found that several photographers dominated this year’s competition. Congratulations to our winners and runners up for 2022 and thank you to all our wonderful alumni who entered! 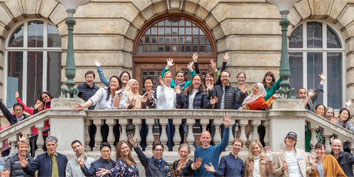 Renowned physiotherapist Dr Stanley Paris was on campus for a special awards presentation. It was wonderful to reconnect with alumni at events in the Pacific, Australia, North America and Southeast Asia. The Court of Benefactors gathered at the Staff Club in October. The Physics department and DARO welcomed family of distinguished alumnus Professor William (Bill) McLean. The medical class of 2002 celebrated their 20th anniversary.

We are delighted to announce this year’s 20Twenties Young Alumni Award winners. These trailblazing young graduates are already making their mark in their workplaces and communities across Aotearoa New Zealand.

From editor of Critic to co-founder of subscription publishing start-up Substack, Otago English graduate Hamish McKenzie talks about his time at the University and the writing career that took him to San Francisco, leading to the creation of Substack in 2017. Today, the email newsletter platform hosts some of the world’s leading writers, bringing with them their loyal readers, and creating a whole new publishing ecosystem in the process.

Town and Gown partnerships support new opportunities for the future

Since the first classes in 1873, Law at Otago has been closely linked with the legal profession in Dunedin. We are delighted that two firms with a long history with the University, Anderson Lloyd and Gallaway Cook Allan, have partnered with Otago as the major sponsors for the Law 150th anniversary and the new Law Dean’s Innovation Fund.

A new Law Dean’s Innovation Fund, set to support and improve student experience, will be launched at the 150th anniversary of Otago’s Faculty of Law next year.

Since leaving the University of Otago in the late eighties Dr Tom Mulholland has had a remarkable career, as much as an entrepreneur, innovator and self-help book writer, as a health professional.

Renowned physiotherapist Dr Stanley Paris was on campus on Tuesday for a special awards presentation of the Stanley Paris Musculoskeletal and Manual Therapy Fund awards.

Otago Theology alumna and Presbyterian Church minister the Reverend Hana Popea has recently been named a White Ribbon Ambassador. Reverend Popea was born in Samoa and brings a Pasefika perspective to issues of family violence in Aotearoa New Zealand.

Founding Fern cherishes the friendship and inclusiveness of women’s rugby

Over the last decade Ralph and Eve Seelye Charitable Trust scholarships have helped many Otago students achieve their dreams. 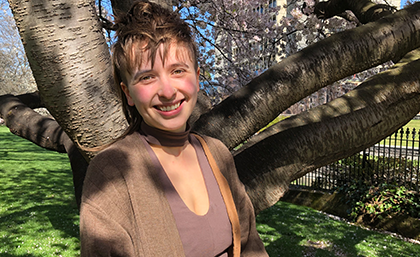 Keeping opera relevant in today’s world is one of the main goals of an Otago music student recently named one of the best in her field.

A different kind of Dunedin sound 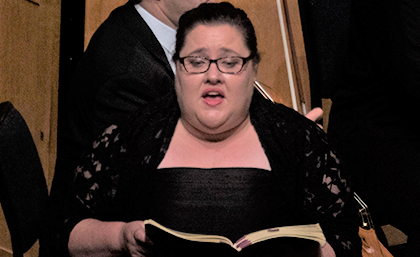 Most people are aware of the indie rock style of music called the Dunedin Sound, but it seems there could be another category of music the city is renowned for – classical singing. 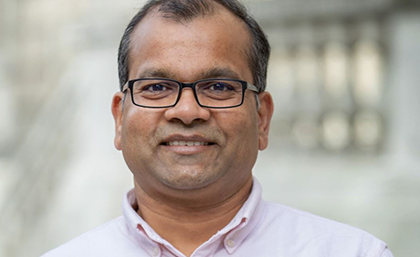 Associate Professor Rajesh Katare has been granted funding to research the development of a novel, multi-use, off-the-shelf, biodegradable ulcer patch as an advanced wound-care product.

Peter Sese and the village that rallied behind him 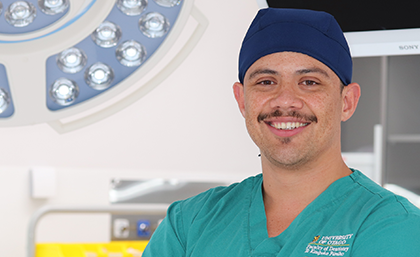 Peter Sese has been accepted in to the highly competitive Doctorate in Clinical Dentistry in Oral Surgery programme, but credits the support of others with his success.

Otago set to host another amazing array of artists

The arts have the power to inspire, heal, and even alarm, as the University of Otago’s 2023 Arts Fellows can all attest.

The rise of Matariki brings with it the launch of a new Centre of Indigenous Science at the University of Otago.

Keeping with the sporty theme of Your Story, we’ve unearthed some precious photos of Otago sports clubs across the decades – from the football team of 1886 and the cricket team and cycling club of 1897, through to mid-century mixed hockey and tramping, and some of our sports clubs today. Enjoy!

From $30 a day to a full-time professional cricketing career

Otago alumna Suzie Bates (Bachelor of Physical Education, 2012), has followed her passion for a career in sport to represent not just her home province of Otago, but her country in both cricket and basketball. Suzie took time out from her busy international schedule to talk to @Otago.

The University of Otago is strengthening its partnership with Central Otago and the Southern Lakes district through the launch of a strategic framework to develop opportunities and enhance relationships with the region.