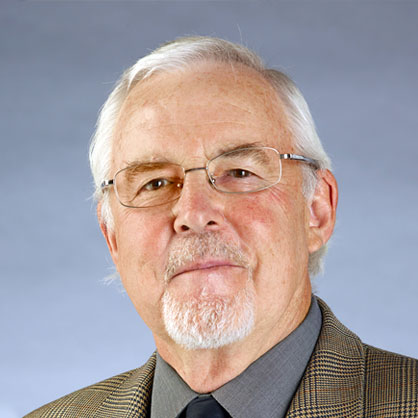 Professor Anderson, Emeritus Professor Australian National University, will receive an Honorary Doctor of Laws degree in June. A distinguished scholar of national and international standing, he is noted for his work in the Pacific and Indian Oceans and is a prize-winning historian of the Māori past and Kāi Tahu tribal and post-contact history.

After graduating from Otago with a Master of Arts in Anthropology in 1973, Professor Anderson completed a doctorate at the University of Cambridge focusing on subpolar Scandinavia. He was appointed to a personal chair in the Department of Anthropology at Otago in 1991 and in 1993 took up an Establishment Chair at Australian National University.

During his career Professor Anderson's significant contributions to archaeology and history have been recognised with numerous national and international accolades, awards and distinctions. These include the Companion of the New Zealand Order of Merit, for services to Archaeology and Anthropology in 2005 and in 2016 the Prime Minister’s Award for Literary Achievement (Non-fiction), awarded by the Arts Council of Creative New Zealand to an outstanding writer who has made a significant contribution to New Zealand literature.

These awards and honours mark Professor Anderson as one of New Zealand’s most distinguished scholars who has made significant contributions to Pacific and New Zealand archaeology and Māori history during a 50-year career.

His research, which has been published widely in international journals as well as monographs, has reshaped our understanding of Māori arrival in New Zealand as well as the development of Māori culture and lifeways.

Professor Anderson has also made a significant contribution to tribal history in southern New Zealand in books such as The Welcome of Strangers (Otago University Press, 1998) and Ngāi Tahu: A Migration History, edited with Te Maire Tau (Bridget Williams Books, 2008), and through his work on the Ngāi Tahu claim in the late twentieth century.

He co-authored Tangata Whenua: An Illustrated History with Judith Binney and Aroha Harris. It is the first survey history of Māori covering pre-history to the present. It was awarded the Illustrated Non-Fiction award at the 2016 Ockham Book Awards, the 2015 Royal Society of New Zealand Science Book Prize and the Te Kōrero o Mua (History) Award at the 2015 Ngā Kupu Ora Aotearoa Māori Book Awards.