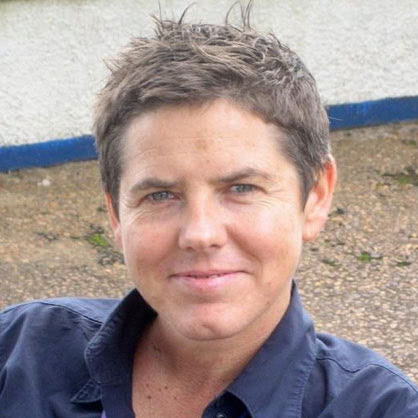 The important work that Physical Education alumna Brigid Inder OBE has done for more than three decades advocating for gender equality and women’s rights will receive further recognition on 1 June, when she is presented with an Honorary Doctorate of Laws from the University of Otago.

From Dunedin, Inder’s studies at Otago led to an interest in women’s rights and gender issues, and she has pursued this commitment throughout her career. She is now recognised as a global expert in this field.

Inder graduated with a Bachelor of Physical Education in 1987 before working for the YWCA, which led to travel to Bangladesh where she was exposed to the realities of how poverty and natural disaster impacted on women and children living in impoverished communities.

During this time, Inder participated in several United Nations conferences as a member of an international network of feminist activists and practitioners who successfully advocated for the inclusion of women’s rights and gender equality issues within global negotiations, specifically in the areas of sexual and reproductive rights, women in armed conflict, HIV/AIDS and the rights of children.

She was the founding Executive Director of the Women’s Initiatives for Gender Justice, based in The Hague, and served in this role from 2004 until 2017.

Over this period, the Women’s Initiatives became widely recognised as the preeminent organisation for international criminal law and gender justice in relation to the International Criminal Court (ICC). Under her leadership the organisation established programmes working with communities most affected by armed conflicts in several countries where situations were being investigated by the ICC.

In addition to providing medical support to victims and survivors of rape and sexual slavery, the organisation also partnered with local women’s rights organisations in conflict-affected countries to advocate for law reform, greater accountability for gender-based violence and more responsiveness to these violations by local police, prosecutors and judges.

Amongst other projects, Inder initiated a programme documenting sexual and gender-based crimes committed in armed conflict situations. The project ultimately recorded thousands of incidents of sexual violence. These data, along with the provision of legal representatives for victims of these crimes, contributed to successful domestic prosecutions of sexual violence as crimes against humanity.

Material and information generated by the documentation programme has also been utilised in cases before the ICC, including in the first case under international humanitarian law to charge a militia commander with rape and sexual slavery committed against children, mostly girls, within his own militia group and under his command.

Inder has worked extensively with former child soldiers in the Central African Republic, Uganda and the Democratic Republic of the Congo supporting their return to their clans, communities and families, fostering community reconciliation initiatives and memorials, and launching an institute dedicated to the recovery and reintegration of female-former child soldiers through income-generation activities.

Inder led the organisation’s work during the Juba Peace Talks between the Government of Uganda and the Lord’s Resistance Army (LRA) to ensure the participation of women most affected by the armed conflict in the latter stages of the peace process, a strategy that contributed to the inclusion of gender issues within some of the final peace agreements.

Between 2012 and 2016, Inder served as the Special Advisor on Gender to the Prosecutor of the ICC (pro bono) where she worked with prosecutors, analysts and investigators. In this position, she co-developed the Policy on Sexual and Gender-based Crimes – the first such policy developed by an international court and considered by some commentators to be a potential game-changer in the field of international justice.

Inder served on the Board of the UK Government’s Preventing Sexual Violence in Conflict Initiative alongside the Convenors, former British Foreign Secretary, Sir William Hague and Angelina Jolie. She was also an advisor on conflict-related sexual violence for the US Council on Foreign Relations. In 2014, Ms Inder was awarded an Order of the British Empire (OBE) for services to women’s rights and international justice, and in the same year was recipient of the inaugural Bertha von Suttner Peace Prize. She is also an honouree of the International Gender Justice Legacy Wall.