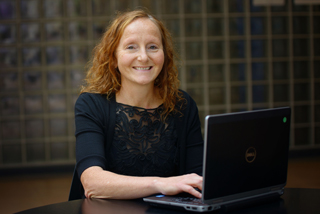 The worker/Chief Executive pay ratio is changing, and top executives in New Zealand are reaping the benefits.

The longitudinal study (1997-2013) has compiled a wealth of data gleaned from Annual Reports and from NZ Statistics to present a broad picture of trends for the cash and equity incentive component of compensation for CEOs of publicly listed New Zealand firms over time.

Dr Roberts’s research has confirmed pay rates have changed significantly over the last decade - in fact Chief Executive salary packages have doubled. CEOs are now paid 30 to 50 times more than the average wage. However this is still well under the earnings of CEO’s in the United States, where the CEO pay ratio (comparison of CEO pay with the income of a typical employee) is typically between 300 and 500, but in some cases exceeds 1000.

Over half of New Zealand Chief Executives earn at least half a million dollars, with the top earner taking home $4.27 million. This compares to the average New Zealand salary of $60,000 and annual median waged income of $44,886 (from the 2013 NZ Income Survey). These CEO’s enjoy the benefits of a compensation package that often includes equity incentives and travel benefits.

Her comparisons of CEO compensation with the financial performance of New Zealand’s publicly listed companies has also come up with some interesting findings – the best performing companies had the lowest paid CEO’s.

Executive and employee compensation differentials and the implications for organisational performance were discussed at a University of Otago symposium organised by Prof Ralph Adler, director of the Otago Centre for Organisational Performance Measurement and Management. Symposium speakers included The Warehouse Group chief executive Mark Powell, known for publicly questioning the size of his $1.7 million pay package.

Watch a Youtube clip of Dr Robert’s presentation on Executive & Employee Salary Differentials from the symposium.

The on-going argument for pay increases is that CEO salary packages need to be equitable with overseas pay rates, to ensure top people are attracted to the job – in other words don’t pay peanuts or you’ll get monkeys.

But Dr Roberts challenges the role of board members in designing compensation packages and measurement around what their CEO is delivering to justify the expenditure.

“When you examine the figures it’s a huge pay ratio gap and it’s growing – it needs discussing objectively.

“For instance, does executive compensation correlate with the wealth of the company, and the business’s annual result? Can CEO’s manipulate the way incentives are paid regardless of their company’s performance in the market? Do CEO incentive payments adjust for overall market performance and sector performance or are CEOs contracts based on luck?"

Many people aren’t aware of the role of external consultants in structuring the pay package, which is ‘ratcheting’ up pay rates over time. She also questions the effect of cronyism within New Zealand boards and executives on sustaining high levels of compensation.