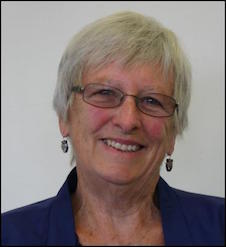 Anne was appointed as the inaugural Director of the Children’s Issues Centre (CIC) at the University of Otago in 1995. She was already a world-renowned academic and advocate in the early childhood education field and quickly capitalised on these skills to build the CIC and extend her reach across a diverse range of issues aimed at improving children’s development, rights and well-being. During the period through to her ‘retirement’ in August 2006, Anne led research projects on such topics as parental separation and divorce, kinship and foster care, children’s rights in schools, young people’s participation in local government, children’s citizenship and nation building, parent support, and parental discipline of children (her fearless evidence-based advocacy to ban the physical punishment of children being particularly noteworthy). She also worked closely with Megan Gollop, Professor Mark Henaghan and myself to develop the socio-legal research programme that has become a hallmark of the CIC, along with her continuing interest in ‘all things ECE’.

Childhood Studies was starting to gain prominence internationally in the 1990s and Anne immediately recognised the synergies this field had with the principles of the UN Convention on the Rights of the Child (adopted by the UN General Assembly in 1989) and her beloved socio-cultural and ecological theories. She drew on these to prioritise the ascertainment of children’s perspectives – by undertaking research ‘with’ rather than ‘on’ children - in every research project undertaken at the CIC during an era when children were pretty much invisible in social policy, research and practice. Anne’s leadership encouraged the tertiary, government and NGO sectors, and Family Court, to more readily ascertain children and young people’s voices, which was ground-breaking at the time.

Anne also drew on Childhood Studies, socio-cultural theory and the UNCRC to underpin the new postgraduate qualifications we launched at the CIC in 1998. These interdisciplinary courses were primarily intended to meet the needs of a diverse group of professionals working with children, young people and their families/whānau in such fields as social work, education, law, child health, psychology, family support, social policy and community development. The qualifications proved highly successful and many postgraduate students benefitted from Anne’s special brand of teaching magic and applied that learning to make their own professional practice more child-centred and child-inclusive. Anne also supervised a lot of PhD and Masters students and was a sought-after thesis examiner. Anyone fortunate enough to have her as a supervisor (or colleague) valued her warm, insightful and generous – albeit, at times, challenging! – approach to nurturing excellence.

The CIC afforded Anne a new world stage on which her contributions were quickly embraced. She was elected to the Board of the Childwatch International Research Network (comprising around 50 child and family research centres worldwide) and hosted the triennial meeting of Childwatch Key Institutions at the University of Otago in 1999. Through this Network the CIC became engaged in several international research projects, study group meetings and conferences. Anne also forged many collegial relationships through Childwatch that became close friendships with researchers in the USA, UK, Norway, Brazil, Australia and elsewhere.

Another particularly special relationship developed with Professor Anne Graham and staff at Southern Cross University in Lismore NSW, Australia, when their Centre for Children and Young People (CCYP) was established in 2004. Modelled on the CIC, the CCYP has flourished, in part due to the continuing wisdom and support that Anne has shared as a member of their Advisory Board and, more latterly, as an Adjunct Emeritus Professor as well.

Anne initiated the Childrenz Issues Journal in 1997, the Children and Young People as Social Actors Research Cluster in 2003, and organised numerous conferences, workshops, symposiums and seminars on a broad range of topics. These brought many international and national visitors to the CIC and often resulted in new research collaborations and publications. Her sole-authored and co-edited books included: Children’s voices: Research, policy and practice (2000, with N Taylor & M Gollop); Advocating for children: International perspectives on children’s rights (2000, with M Gollop, K Marshall & K Nairn); Children as citizens? International voices (2009, with N Taylor); Global pathways to abolishing physical punishment: Realizing children's rights (2011, with J Durrant); Understanding children and childhood (5th ed.) (2013); Enhancing children's rights: Connecting research, policy and practice (2015); and Children's rights: Towards social justice (2016). How wonderful so many of us were able to enjoy the celebrations for the launch of Anne’s most recent book in Dunedin and Wellington just a few weeks ago, and that she was such a vibrant part of the CIC’s 20th anniversary celebrations in 2015.

Anne deservedly received many accolades for her work throughout her remarkable 40 year career at the College of Education and CIC at the University of Otago. Among the most notable in recent times were the Honorary Doctorate conferred by the University of Oulu in Finland; becoming a Fellow of the Royal Society of New Zealand; her appointment as a Companion of the NZ Order of Merit (C.N.Z.M.) in the 2007 New Year Honours List; receiving the status of Emeritus Professor from the University of Otago; and being awarded the New Zealand - UK Link Foundation Visiting Professorship in 2013 through which she gave an acclaimed series of public lectures in London on children’s rights and the links between research on children’s issues and government policy.

Anne’s legacy is truly immense. The numerous messages that have poured in over this past week are testament to the profound impact of her work and the high esteem in which she is held by so many across New Zealand and overseas. The quotes below really capture the essence of the Anne we, and her family, have all been so privileged to know, admire and love.

Some of the messages received by the CIC following Anne's passing

It has been an honour to know Anne, to have learned from her, and to have been her colleague. Anne’s legacy will live on through all of us who have been touched by her and who are committed to bettering the lives of children.

We have lost a woman who stood so tall in so many arenas. Her passing will be felt deeply, far and wide.
A woman with integrity, passion, insight and a willingness to stand up and be counted on important issues. She has left a sense of a possible future that values children, which is so critical for us as a nation. I feel privileged and enriched to have known her.

I greatly admired her work and all that she has contributed in the children’s rights field.

Anne will be missed so much, but remembered by all of us so fondly.

So many memories come flooding back. Times we met. Projects together, contributing to her recent book. Her role with the Childwatch Board. And so much else. But above all, her warmth, energy, scholarship and unwavering commitment to justice and dignity for children.

A wall has fallen from our house. We feel so sad.

Anne was a remarkable woman who was an inspiration to us all.

Anne Smith has given so much of herself in all the dreams and activities we got engaged in together. We will never forget her.

I deeply respected Anne. She made a remarkable contribution to our work.

Wonderful memories and times spent together - what a beautiful presence and inspiration Anne, and our friendship, has been over so many years.

Anne has given wings to so many over the years; students and colleagues alike. She leaves this life a better one for children, and for those of us who continue the work in her legacy.

It is always so sad to let people go, especially people like Anne, but I know she has left with all of you precious moments and a big legacy of love and bonds of memory which will stay with all of you.

Just thinking about her, Anne was not a sad sort of person. She was incredibly courageous and brave about so many things – early childhood education; the ghastly anti-smacking debates; and children’s rights.

She was a great woman, with great humility. What a huge loss.

Anne was really significant in my life (like she was for so many). Working with Anne and you all was one of the best ways I could’ve started my academic life.

Anne touched so many and was such a steadfast champion for children. I will treasure her writing and her legacy, which has inspired me throughout my career.

Read the University of Otago College of Education's tribute.