Associates of the Centre for Irish and Scottish Studies 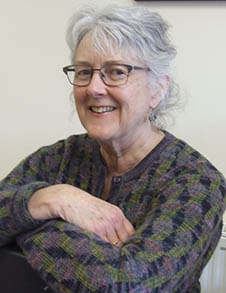 Professor Barbara Brookes is an award winning historian who has written widely on the history of women, gender relations and the history of medicine. Her 2016 A History of Women in New Zealand begins with the journey of her Irish-born mother and father and three siblings to New Zealand. That story, in part, ignited her interest in history since she grew up looking on family photographs of a place far away from which her family came. 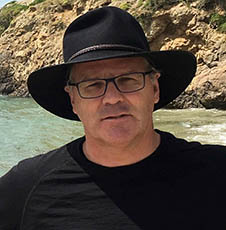 Seán is descended from three major streams of Irish Catholic settlement in South Canterbury, Otago and Southland. A graduate of Canterbury and Massey universities, he has written extensively on Scottish and Irish migration and settlement in southern New Zealand with a particular focus on sectarianism and on cultural and religious topics. For over thirty years, Seán has been a history curator at Toitῡ Otago Settlers Museum, New Zealand's leading specialist social history museum. He guest lectures in a number of Otago history courses and from 2009–2011 co-taught History 328: Irish and Scottish Migrations in the 19th and 20th centuries with Professor Angela McCarthy. In 2013 he was named Ceann Fine (clan chieftain) at a World Gathering of Clan Brosnan at Castleisland, Co Kerry. 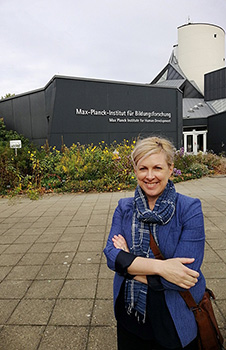 Sharon Crozier-De Rosa is Associate Professor of History at the University of Wollongong (UOW), Australia. Originally from Armagh, she obtained a PhD from Flinders University, Adelaide, and then worked as a Historical Consultant for a Commission of Inquiry investigating the historical sexual abuse of children in state care in South Australia. On her return to academia, she was awarded an Alfred Deakin Postdoctoral Research Fellowship at Deakin University before taking up her current continuing position at UOW.

Associate Professor Crozier-De Rosa’s research focuses on exploring the physical and emotional tactics deployed by women activists in intersecting nationalist and feminist campaigns across Britain and its colonies (especially Ireland and Australia) and the United States from the mid-nineteenth to the early twentieth century. She also traces the memory of gendered activisms – including militant and violent activisms – in their national and transnational contexts. Her project, Memory-Keepers: Women Activists’ Strategies to Document their History and Preserve their Own Memory, has been awarded a 2020 National Library of Australia Research Fellowship. She is also working on a new project that reimagines the way in which Irish gender histories and gender and social movements histories are written with Eamon Cleary Professor of Irish Studies and Co-Director of the Centre for Irish and Scottish Studies, Professor Sonja Tiernan.

Associate Professor Crozier-De Rosa’s recent books include Shame and the Anti-Feminist Backlash: Britain, Ireland and Australia, 1890–1920 (2018); Remembering Women's Activism (2019), co-authored with Professor Vera Mackie; and Sources for the History of Emotions: A Guide, co-edited with Professor Peter Stearns and Associate Professor Katie Barclay (2020). She is Deputy Editor of the international journal, Women’s History Review and blogs at The Militant Woman (The political emotions & emotional politics of women's activism). 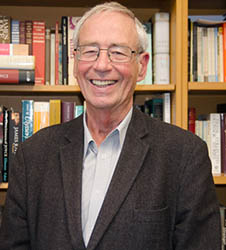 Peter Kuch is an Emeritus Professor of Irish Studies. He holds an Honours degree from the University of Wales and an M.Litt and D.Phil from Oxford, where he studied with Richard Ellmann and John Kelly. He has held posts at the University of Newcastle, Australia; Université de Caen, France; and the University of New South Wales, Australia; and been a Visiting Fellow at the Humanities Research Centre at the Australian National University; at Trinity College, Dublin; and at the Keogh Naughton Institute at Notre Dame (USA). He has published more than 60 refereed articles, book chapters and books on Yeats, Joyce, Eliot, Irish theatre, Irish literature, Irish and Australian film, literary theory, Australian literature, and Irish/Australian history and presented conference papers and given lectures in over 30 countries. He is a commissioning editor for the Irish Studies Review (Routledge) and is on the Editorial Board of several journals.

His most recent book, Irish Divorce/Joyce's Ulysses (New York: Palgrave Macmillan, 2017) has received plaudits from Professors Declan Kiberd ("a tour de force"), Finn Fordham ("original, provocative, compelling"), Luke Gibbons ("exemplary scholarship") and Terence Killeen ("Hugely impressive. … changes the balance of forces in the [Blooms'] relationship, and in the whole concept of marriage in Ireland").  He is currently engaged in writing a cultural history of the performance of Irish theatre in New Zealand and Australia from 1789 to 1930 and is the representative for those countries on the international organising committee of the Irish Theatrical Diaspora Project. 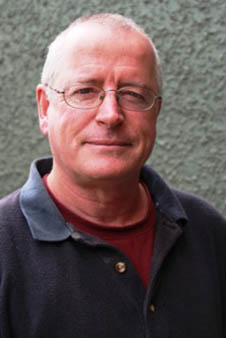 Rory Sweetman is Irish-born New Zealander who holds degrees in history from Dublin and Cambridge. He has written extensively on the historical links between Ireland and New Zealand, on sectarianism, politics and religion in the 19th and early 20th centuries. For six years he taught courses in modern Irish history at the University of Otago. His latest book is Defending Trinity College Dublin, Easter 1916: Anzacs and the Rising (Four Courts Press, 2019). He has previously written on the history of one of New Zealand’s oldest secondary schools, Otago Boys’ High School 1863-2013 (Dunedin, 2013) and worked on biographical studies of Patrick Moran, the first Catholic bishop of Dunedin 1869-95, and Henry William Cleary, editor of New Zealand Tablet 1898-1910 and Catholic bishop of Auckland 1910–29. 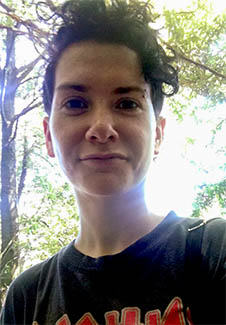 Emer Lyons is a creative/critical PhD candidate in the English department at the University of Otago. Emer is also a research assistant in the Centre for Irish and Scottish Studies where she helps organise the numerous public events and keeps followers up to date with activities of the Centre through the production of newsletters, email bulletins and social media posts.