Our people in Communications

The team in the Communications Office has a wide variety of skills and experience in media relations, social media, and writing for all types of situations and audiences. We can provide expert knowledge and support across a range of communication initiatives. 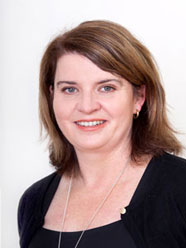 Megan has worked in media and communications since 1993, and started at the University in 2008. Her previous roles have included the Medical Council of New Zealand, British Airways (London) and Presbyterian Support Otago. She has a Bachelor of Arts and a Bachelor of Commerce, majoring in Marketing, from the University of Otago. She also has certificates in journalism and public relations from the Wellington Polytechnic School of Journalism. 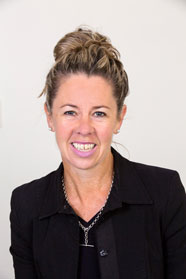 Liane is an experienced news journalist having worked for newspapers, magazines and news websites for 28 years. She joined the External Engagement Communication team early in 2018 after several years working for the Health Media Limited, which produces the country’s national newspapers and news websites for GPs and pharmacists, New Zealand Doctor and Pharmacy Today. Liane has also worked as a freelance journalist for a variety of publications and as an independent contractor for the University of Otago writing the very first few issues of our e-newsletter, Otago Connection. Liane began her journalism career as a Cadet Reporter at the Otago Daily Times in 1988 and later graduated with an Advanced Diploma in Journalism from Wellington Polytechnic. 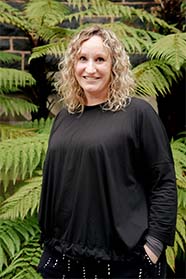 Lea is a former print journalist and journalism lecturer with more than 22 years’ experience. She joined the University in 2018, having spent the previous seven years as the lecturer and programme co-ordinator of the Otago Polytechnic Diploma in Journalism. Prior to that Lea had roles as a journalist, editor, sub-editor and copy-writer at daily and weekly newspapers and radio. 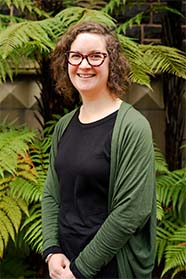 Ellie has a background in print journalism, having worked four years as a general reporter at the Otago Daily Times and two as an advertising features writer. She has a Bachelor of Arts, majoring in Film and Media, from the University of Otago, and a Diploma in Journalism (Print) from Aoraki Polytechnic. 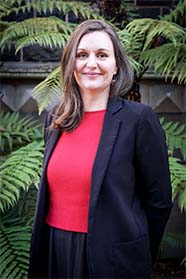 Lydia joined the University in 2019 as a Communications Adviser, coming from a background in journalism. Her past positions include Otago/Southland regional reporter for RNZ, and deputy website editor at 3 News (now Newshub). She has also worked for wire services New Zealand Newswire and APNZ. Lydia holds a Bachelor of Arts with First Class Honours in International Relations from the University of Canterbury, and a Graduate Diploma in Journalism from Massey University. 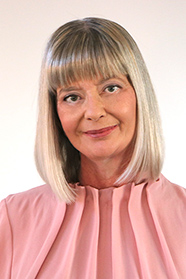 Lorelei is an experienced journalist having worked in print, radio and television news for over 30 years. Her last position was as Health Reporter/Correspondent for TVNZ’s 1News for 23 years. During this time she won more than a dozen national and international journalism awards. Her prior reporting experience extends to positions at both BBC Television and BBC World Service Radio in London, as a presenter for Sky Television and radio journalist for Newstalk ZB in Auckland, 3ZB and The Press in Christchurch. Since leaving TVNZ a few years ago Lorelei has managed her own Health Public Relations consultancy, representing Kiwi clients from the fields of health research, health charities, NGOs, corporates and health start-ups. 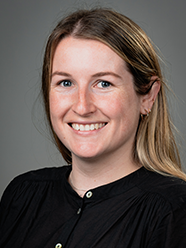 Jessica joined the University in 2022, after more than five years as a print journalist at The Star. She has experience as a general and sports reporter, as well as ad features writer. Jessica graduated from the University in 2015 with a Bachelor of Arts, majoring in Communication Studies. She then went on to gain a Diploma of Journalism from Otago Polytechnic in 2016. 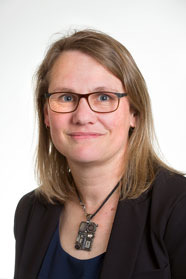 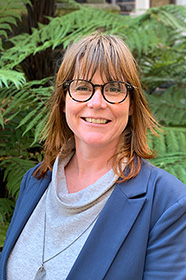 Rebecca joined the Projects Communications Team at the start of 2022 and works on communications for several IT and campus development projects.

Her background is in print media and freelance writing, editing and media advisory for a diverse array of clients within the private and public sectors.

She brings 20 years' experience communicating on a plethora of subjects for groups within the tertiary education sector, conservation, tourism, construction, transport, clerical, and arts industries.

Rebecca majored in English at Otago and holds a Postgraduate Diploma in Arts and a journalism diploma from Aoraki Polytechnic. 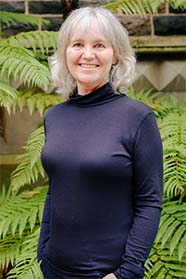 Margie has held a variety of journalism and communications roles in New Zealand and the UK. She started her career as a reporter for The Press in Christchurch in 1985 and went on to work as a feature writer for magazines and the Greenpeace UK press office in London, then as communications director for Greenpeace NZ. She has been editor of the Central Otago Mirror, worked as a contributing writer for North and South magazine and freelanced for a variety of publications.

She has a BA in English Literature from the University of Canterbury, studied journalism at polytech in Auckland, and completed a post-graduate honours programme in journalism at Carleton University in Ottawa, Canada. 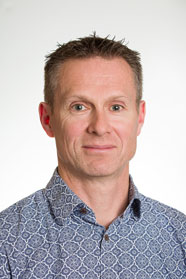 He currently works for the Enabling Excellence Programme, and the Otago Business School. 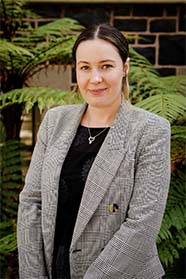 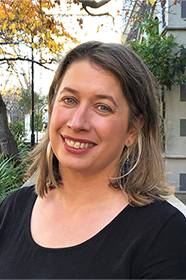 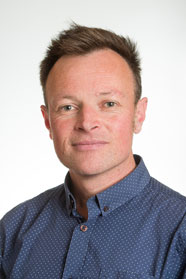 For the last decade Guy has worked as an editorial photographer and writer primarily for the magazine market. During this time he was awarded the NZ Mental Health Media Grant for a project exploring personal mental health stories as a result of the Christchurch earthquakes, and more recently visited Scott Base on the Antarctica NZ’s Community Engagement Programme. The visit to the great white continent was perfectly timed at the end of completing Otago University’s Masters in Science Communication, where he further developed story-telling skills across various mediums. Guy’s research and interest in place based experience has recently been published in The Polar Journal. 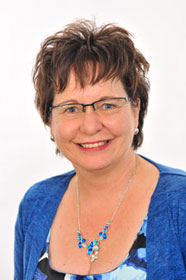 Gail worked for both newspaper and radio as a journalist and chief reporter for more than 20 years, from 1989. She was also a communications adviser for the Otago District Health Board. Gail has a Bachelor of Arts in English and History from the University of Otago, and a National Certificate in Journalism from Aoraki Polytechnic. 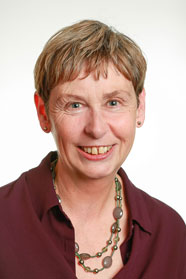 Cheryl is a highly experienced print media journalist who began her career at the Gore Ensign and the Otago Daily Times. Her work has been published in a wide range of newspapers and magazines including the Dominion Post, the science journal Nature Biotechnology and the Australian Journal of Pharmacy. More recently she has been writing for the Dominion Post’s advertising supplements department and covering New Zealand affairs for the German Press Agency (DPA). She has a Bachelor of Arts in English Literature and a Postgraduate Diploma in Journalism from the University of Canterbury. 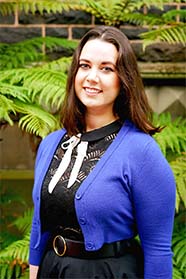 Chelsea joined the University in 2021 as an Internal Communications Adviser after finishing her role as Social Media Adviser at New Zealand Police. Previously she worked in Public Relations at Universal College of Learning, Palmerston North, and for luxury fashion brands in Sydney, such as Jimmy Choo and Kate Spade.

Chelsea has a Bachelor of Performing Arts from National Academy of Singing and Dramatic Art and enjoys using her creative training to tell the stories of Otago’s undergraduate students. 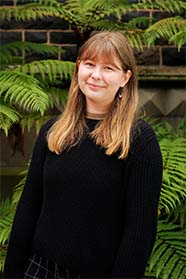 Jasmine joined the University in 2021 after moving to New Zealand from Harrisburg, Pennsylvania. She has a Bachelor of Science from Millersville University of Pennsylvania where she studied communications with a focus in public relations. She also has a background in film and previously worked in social media at Millersville University while completing her studies. Jasmine enjoys using her skills to maintain and produce content for the University’s main social media channels. 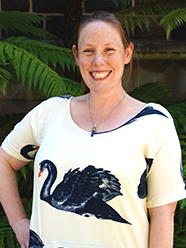 Koren joined the University in 2022 as an Internal Communications Adviser after finishing her BVA Hons in painting at the Dunedin School of Art. She has previously worked as a reporter for the Timaru Herald and The Westport News. Koren is from Dunedin originally and completed a BCApSc in Food Science at the University of Otago in 2011, and a Diploma in Journalism from Aoraki Polytechnic (Now Ara) in 2014. She looks forward to helping share the stories of postgraduate students here at Otago. 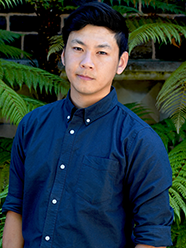 Eugene joined the Communications Team in 2022, preceded by 6 years of other roles within the University. After moving to New Zealand from Malaysia, Eugene completed his Bachelor of Science at Otago where he majored in Psychology. Eugene was previously the editor of Antics (the Otago Tramping Club's Journal of Adventures), and he dabbles heavily in adventure photography and videography, contributing content to brands such as Discovery Channel & McDonald's. Eugene enjoys implementing his skills in visual storytelling and community engagement through the University's social media channels. 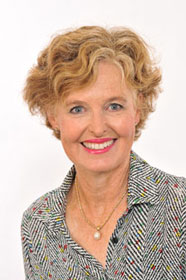 Karen’s journalism career spans a variety of newspaper news editing and feature-writing roles, as well as freelance magazine work. An Otago alumna, she has an Honours degree in Political Studies. She has been working in marketing and communications at the University since 2003.

Karen is responsible for editing key corporate publications, including the Otago Magazine, the multi-award-winning He Kitenga research highlights book and the University’s Annual Report.