The Edgar Diabetes and Obesity Research Centre (EDOR) is recognising World Health Day 2022, by reflecting on how we can improve our health while protecting our planet.

The World Health Organization (WHO) celebrates World Health Day every year on April 7, as a way to highlight the important health issues that we face across the globe. This year, the theme is "Our Planet, Our Health". WHO is urging policy makers and the general public to share how they are prioritising well-being while protecting the planet.

WHO highlighted that highly-processed, unhealthy foods are not only bad for our health but are also having a negative impact on our planet.

"Systems that produce highly processed, unhealthy foods and beverages are driving a wave of obesity, increasing cancer and heart disease while generating a third of global greenhouse gas emissions."

A link between children's diet and planetary health

EDOR researchers have found that a high level of highly processed, unhealthy foods and beverages are being consumed by children in Aotearoa.

In addition, EDOR member Professor Louise Signal has shown that unhealthy foods are heavily advertised to children in New Zealand.

In a recent interview with Newshub, Professor Signal stated that exposure to unhealthy advertising is having an adverse effect on the health of our children and our climate: "It's an absolute concern because it's driving over-consumption which is really bad for the climate crisis we're currently in."

Professor Signal said that immediate action is needed to reduce harmful advertising of unhealthy foods, to help prevent the over-consumption of foods and beverages that are damaging our health and our planet. 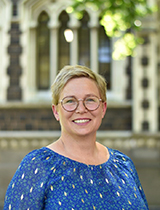 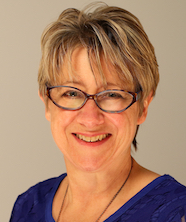