About the Research Network

The Postcolonial Studies Research Network brings together an interdisciplinary group of established and emerging scholars whose research engages with a range of aspects of postcoloniality. These include the historical cultures of empire, and the contemporary cultural politics of indigeneity, of (post)colonial settlement, and of the diasporic condition. We make critical theoretical interventions into diverse historical and contemporary questions of ethics, political economy, cultural formations and representations, and the uses and implications of media and technology in relation to a variety of (post)colonial contexts, including Aotearoa-New Zealand, Australia, Canada, the Pacific Islands, India, South and South East Asia, Africa and the Caribbean.

Network collective, “Utopian Horizons: the Postcolonial Exotic.” A two-pronged collective research project investigating the contemporary persistence of old, and emergence of new or transformed discursive practices that, despite sustained postcolonial critique, rely on the category of the exotic. Just as exoticism construes ‘the other’ as the domesticated and known other, positing the lure of difference while assimilating its object to the circuits of consumption, utopias project an ideal state, an other place or state, as derivations from what is already given. One aspect of the project that focuses on how these discourses inter-connect in current discourses of national culture, difference and identity in Aotearoa-New Zealand is listed as a sub-theme under the University of Otago Centre For Research on National Identity project on Cultural Hybridity in New Zealand. The larger comparative postcolonial project comprises individual research contributions, a symposium planned for mid-2009 and a Master Class for the end of 2009.

Simone Drichel, "The Other Other: Postcolonialism and Ethics": This project establishes pathways between postcolonial studies and deconstructive ethics in order to broaden the critical context for understanding postcolonial politics. It advances a theoretical model of an ethical postcolonial politics that is founded on a productive tension between ethics and politics.

Dr Vijay Devadas and Dr Chris Prentice, “Contexualising Maori Television in Aotearoa-New Zealand,” a research project funded by a 2006 University of Otago Research Grant. This project has developed an archive of responses to proposals for, and eventual emergence of, the Maori Television Service in order to evaluate its relationship to wider cultural, economic and political relations and imperatives. 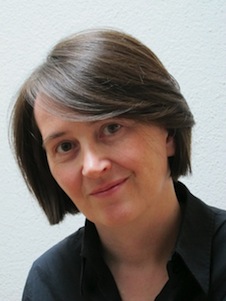 Dr Christiane Schlote, Department of English, University of Basel, Switzerland will give a lecture on Dramatising Humanitarian Aid

The figure of the refugee and asylum seeker has been one of the most important protagonists in contemporary drama and fiction. But while their analysis as objects of humanitarian intervention has been essential in post-World War II refugee discourses, the figure of the international aid worker remains under-analysed. Drawing on discourses of global media ethics and literature and human rights, this talk sets out to examine the nexus of aid workers’ ambiguous role as "hero and myth-maker" (Knightley) and "disaster gypsies" (Norris), as some critics have termed them, and potential new modes of interventionist literary and theatre practices in a selection of recent dramatisations and fictionalisations of humanitarian aid.

Christiane Schlote teaches drama and postcolonial literatures at the University of Basel, Switzerland. She has published extensively on transnational literatures, British Asian theatre, war and commemoration, Anglophone Arab writing, postcolonial cityscapes and Latina/o American and Asian American culture. She is the author of Bridging Cultures: Latino- und asiatisch-amerikanisches Theater in New York (1997) and co-editor of New Beginnings in Twentieth-Century Theatre and Drama (with Peter Zenzinger, 2003), Constructing Media Reality. The New Documentarism (with Eckart Voigts-Virchow, 2008) and Representations of War, Migration and Refugeehood: Interdisciplinary Perspectives (with Daniel Rellstab).