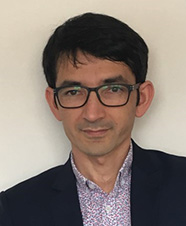 Hussain came to New Zealand from France, but he is originally from Afghanistan. He graduated from Sociology Department BA program, Kabul University in 2010. Between the years 2011-2012, he worked as cultural mediator in Abu-Dhabi, Emirates United Arabs with NATO forces. In Afghanistan between the years 2012-2014, he was responsible for the Media Library (Mediatheque) of the French Institute of Afghanistan. After obtaining a scholarship from the French government, he moved to France in August 2014. He earned a Master Degree in Sociological Studies and Diagnosis from the University of Bordeaux, France in 2016. From November 2016 until February 2019, Hussain worked with the different organizations and associations to assist Afghans and Iranian refugees and asylum seekers in their processes of integration and settlement into French society. 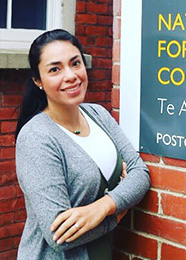 Alejandra's interest in academic research on Security Sector Reform began after a period of time working as a consultant to the Colombian Armed Forces and The National Center for Historical Memory in Colombia.

Her chosen research question is after a peace agreement was signed, to what extent soldiers from the state army in Colombia contribute with the creation of a permissive environment of violence. More concretely, to what extent, state armed actors contribute with the persistent of violence because of their ideological bias influence their willingness to:

Alejandra's research uses mixed method with experimental surveys of more than 900 Colombian Soldiers and semi-structural interviews to identify what is the role of the ideologies in the state armed actor's behavior in context of conflict and identify optimal conditions for interventions in the Security Sector Reform to change the mind of the soldiers after the end of the conflict. 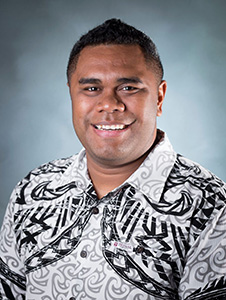 His dissertation is focused on Fiji, where he is studying the validity and practicality of a local model of peace education within the public school education system. His thesis is that education targeted at the younger generation, through curriculum and systematic amendments, would influence transformation at multiple levels in the creation of a sustainable culture of peace. This perspective was developed in his work in Fiji’s civil society around the areas of children’s rights, contributions of youth in governance, transitions to democracy and restorative justice.

David is currently on a tenure-track at Brigham Young University – Hawaii, teaching courses on transformative mediation, intercultural peacebuilding, NGOs and conflict transformation, peace education and peace ecology. He hopes that his work empowers students to embrace peacebuilding initiatives and be influencers of good towards the establishment of peace in their spaces of influence.

An interdisciplinary facilitator and practitioner, with a background in education, development, and conflict transformation, I have collaborated with government institutions, and non-government, faith-based, and community-based organisations in the Philippines, Malaysia, Cambodia, France, India, and most especially, in my native country, Myanmar.

I am a member of Action Asia, a regional network of peace practitioners from across Asia. My continued interests and reflections include understanding the complexities of and working with multiple identities, mechanisms of violence and of active non-violence, insights into hosting conversations, peace practice, dialogue, healing and well-being, mentoring and accompaniment processes, intersectional feminism, art-based facilitation, eco-spirituality, and human resilience.

I am inspired by people, human stories, nature, art, conversations and coffee.

I am a Rei Foundation scholar currently undertaking my doctoral research at the National Centre for Peace and Conflict Studies. My research topic is on women’s multiple identities and peace-building agency in Myanmar. 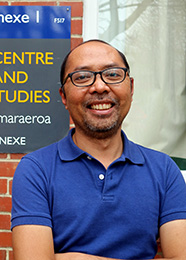 Dody Wibowo comes from Indonesia and holds a Master's Degree in Peace Education from the University for Peace, Costa Rica. He has worked in several institutions, including Peace Brigades International, Save the Children, Ananda Marga Universal Relief Team, and Universitas Gadjah Mada. He has completed work for UNICEF in Indonesia and the Centre for Peace and Conflict Studies in Cambodia.

Dody is conducting his PhD research at the National Centre for Peace and Conflict Studies through a Rei Foundation scholarship. His research explores factors contributing to school teachers' capacity in delivering peace education.

My research interests are on humanitarian intervention and peace operations and my doctoral project focuses on the ways in which academics seek to transform practice and theory in pursuit of a more positive and durable peace. I am particularly interested in how academics attempt to contest orthodox and mainstream approaches to peacebuilding which typically reify conflict promoting structural factors.

I finished my undergraduate studies (Politics with Honours) at Otago University in 2010 where my research dissertation focused on the interaction between regional organisations and the United Nations during peace operations in South Sudan and the Solomon Islands.

In 2013 I completed my Masters thesis at Victoria University in Wellington (NZ) where I sought to understand how regional organisations (ASEAN, AU, and OAS) had interpreted the ‘Responsibility to Protect’ norm. During this time I worked as a course and tutor co-ordinator for several papers on security and International Relations and interned at the New Zealand Council for International Development.

After completing my degree I worked as a political advisor in local government before moving back to Dunedin to undertake my Doctoral studies. 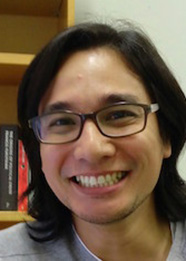 My professional background is broadly in the field of human rights, and with specific engagements in peace issues related to insurgency, impunity crimes in counter-insurgency, armed conflict, internal displacement, and political settlements in the context of mediated intrastate peace processes. I have worked on these issues in the government, inter-government and non-government sectors, with recent posts in the ASEAN Secretariat and The Asia Foundation.

Prior to the PhD program in Otago, I earned my master's degrees in human rights at the University of Sydney (MA Human Rights and Democratisation) and Mahidol University (MA in Human Rights), through the European Union-USyd MHRD Asia-Pacific Scholarship. I also earned an MSc in Peace and Conflict Research at Uppsala Universitet through the Rotary Peace Fellowship. I am a grantee under the Global Peace Index 2016 Ambassadorial Program of the Institute of Economics and Peace and Rotary International.

I am conducting my PhD research at the National Centre for Peace and Conflict Studies through the REI Foundation scholarship. The subject of the research is on multiple non-state armed groups and intrastate peace processes, specifically on the challenges to broad inclusiveness in formal track negotiations. 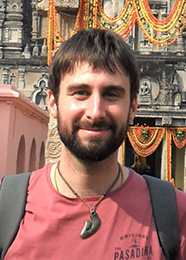 Dr Joseph Llewellyn completed his PhD at the National Centre for Peace and Conflict Studies (NCPACS) in 2018 with the support of a scholarship from the Rei Foundation. Previously, he completed an MA and a PGDip at NCPACS. Before starting post-graduate study, he trained as an occupational therapist. Joseph also has a background in peace activism.

Joseph's doctoral research explores anarcho-pacifist nonviolence and the stateless peace envisioned by the Gandhian Sarvodaya movement in India. His research interests include: anarchism, pacifism, nonviolent resistance and protest, Gandhi, Buddhist perspectives on nonviolence, military abolition, and decolonisation. He is currently working in as a researcher. 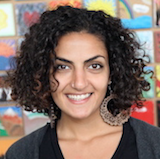 Mahdis' research looks at anti-racism and colonial amnesia in Aotearoa New Zealand and Spain. Her research interests are racialization and anti-racism, feminism, queer theory, colonization & decolonization. She is a teacher for life-long learning and social justice activist. 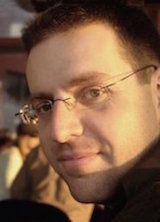 Throughout his studies in psychology, as an undergraduate student, and in conflict research, management and resolution, as a masters student, Daniel has been fascinated by the ever-existing gap between the human potential for peace and prosperity and its reality of mutual and self destruction in many parts of the world, including the Middle East, where he grew up and spent most of his life.

In an attempt to solve this dissonance he spent 12 years training and practicing various aspects of conflict resolution:

He was a staff member at the Evens MA program for Conflict Resolution and Mediation at Tel-Aviv University in Israel, teaching a course about theory and practice of ADR (Alternative Dispute Resolution).

His doctoral project develops a conceptualization of guidelines for transformation from militant to peace activism, and by that, contribute to both theory and practice of conflict intervention. His work draws upon life stories of ex-combatants from Israel and Palestine. 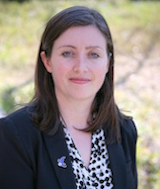 Dr Rachel Rafferty was one of the first two Rei Foundation scholars to study at the Centre. She graduated with her PhD in Peace and Conflict Studies in May 2017 and began working as a Lecturer in the Centre in July.

Her doctoral research focused on how civil society actors in a protracted conflict develop differing motivations regarding intergroup peacebuilding, and she received an Exceptional Thesis Award from the Division of Humanities. She also holds a Masters degree from the School of Education at University of North Carolina at Chapel Hill and a Postgraduate Certificate in International Development from Duke University, qualifications she gained during her time as a Rotary Peace Fellow.

Prior to pursing her graduate studies, Dr Rafferty worked for several years as a peacebuilding practitioner in Northern Ireland where she designed and delivered a broad range of projects in partnership with local communities. More recently she has worked in youth development with New Zealand Red Cross where she developed an educational support programme for refugee background youth. 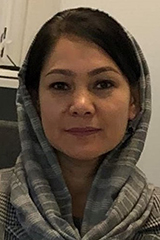 Dr Hafiza Yazdani was one of the first two Rei Foundation scholars to study at the Centre.

Hafiza’s doctoral research looked at peace education in Afghanistan. She analysed and evaluated three different approaches to education by looking at a range of school textbooks from a peace education perspective.

Before pursuing her PhD, Hafiza worked with World Bank, UN Women and USAID to promote human rights, gender equality and peace in Afghanistan. She holds a Master degree in Peace Building and Conflict Resolution.