He has published over 100 original research articles, invited reviews and book chapters, in the fields of Endocrinology and Neuroscience (H-index of 39). He has also presented over 20 invited lectures at international meetings, and won a number of prizes, including the Triennial Medal of the Physiological Society of New Zealand (2005), the Mortyn Jones Medal of the British Society for Neuroendocrinology (2009), Nancy Sirett Lecturer of the New Zealand Society of Endocrinology (2011), and the Distinguished Investigator of the Year for the Otago School of Medical Sciences (2011).

From 2009-2013 he was the Editor-in-Chief of the Journal of Neuroendocrinology (Impact factor 3.5), and he also chaired the organising committee for the 8th International Congress of Neuroendocrinology in Sydney, Australia, 2014. From 2014, he is a Management Principal Investigator for the Maurice Wilkins Centre, a National Centre for Research Excellence. 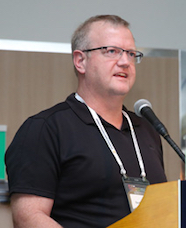