Japanese Firefly Squid have a unique ability—they generate their own light-producing protein crystals. They glow an intense blue when they are disturbed. Other squid can glow, but their light comes from bacteria, an entirely different mechanism.

This unique ability attracted the interest of Dr Miriam Sharpe, who had been studying the proteins involved in the light glow worms produce. The squid's naturally occurring protein crystals provided a whole new avenue of investigation.

Dr Sharpe says "Bioluminescent or light-producing molecules from other creatures are already widely used as tools for researching disease. Understanding how the crystals produce light could lead to better bioluminescent research tools, and also new ways of using enzymes in research and industry".

She identified the proteins using two techniques. First of all, she sequenced the squid RNA to build a database of protein sequences from the squid, then she used that database and mass spectrometry to identify the proteins partly purified from the crystals.

The proteins are in fact enzymes which aid the chemical reactions that produce the light.

Dr Sharpe found there are three proteins involved, and they belong to the same family of proteins that account for the bioluminescence in fireflies. This is very unexpected given that squid and fireflies are not closely related so their ability to glow has evolved quite separately.

"We are now using TEM [Transmission Electron Microscopy] to find out what the micro-environment is like around the crystals in the squid light organ, and to confirm that the crystals are well-structured enough to attempt X-ray crystallography in future studies.

Protein X-ray crystallography will reveal the structure of the proteins, including the positions of all the atoms in the proteins.

"Understanding the atomic structure enables us to understand how the crystals work."

Dr Sharpe's innovative work in bioluminescence has been supported by a Marsden Fast Start Grant. 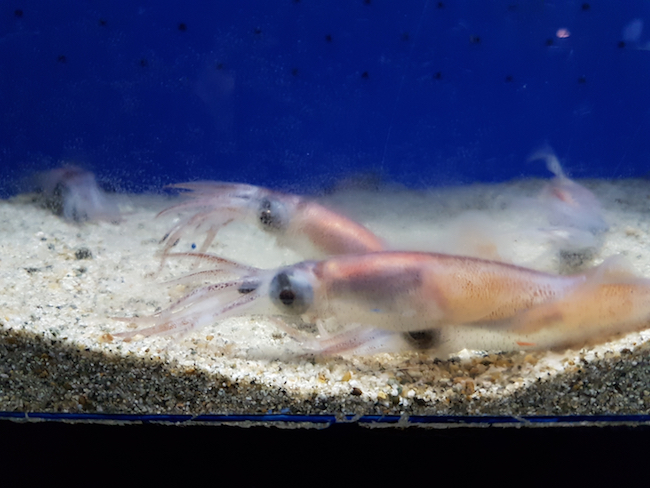 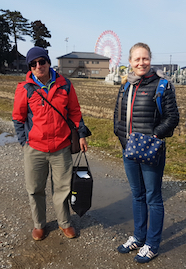 A beam of electrons is transmitted through an ultra thin specimen, interacting with the specimen as it passes through. The transmission of unscattered electrons is a function of the specimen thickness and elemental composition.
Read more about TEM:
Transmission electron microscopy (TEM) techniques