The price of food in Aotearoa New Zealand

The price of food has increased substantially over the past few months, with fruits and vegetables costing 18% more in March 2022 compared to March 2021 (Stats NZ).

Although most foods have gone up in price, staple food items such as cheese, milk, eggs, as well as fruit and vegetables, have increased more than some discretionary items, such as non-alcoholic beverages.

Dr Claire Smith, registered nutritionist and EDOR colleague from the Department of Nutrition, University of Otago says that the rising food costs are having the greatest impact on lower income households, who were already struggling to pay the food bill.

"This is not a new problem. Covid has highlighted the stress points in our food system but rates of household food insecurity which is an indicator of material deprivation have been high for twenty years"

The 2015/2016 New Zealand Health Survey found that 19%, or nearly 1 in 5 children under the age of 15 years in New Zealand were living in food insecure households.

In response to the recent rise in food costs, Foodstuffs and Countdown supermarkets have announced a temporary price "freeze" on some staple foods.

However, the Government is now intervening in an attempt to make long-term changes to the cost of food in Aotearoa New Zealand.

Government action on the supermarket duopoly

On 30 May 2022, the government announced that they will be cracking down on the supermarket duopoly that exists in Aotearoa New Zealand.

Minister David Clark has announced that the government will be accepting twelve of the fourteen recommendations made by the Commerce Commission including:

The announcement comes after a report by the Commerce Commission showed that the two major supermarket retailers, Foodstuffs and Countdown, are making profits in excess of one million dollars per day.

The lack of competition in the supermarket sector is one factor that has led to consistently high food prices.

Do the changes to the grocery sector go far enough?

These changes to the grocery industry may impact the price of food in the long-term, however that does not bring relief for many families who are struggling to buy food right now.

Dr Smith believes the government needs to go further to reduce the pressure that low income families are facing, by putting more money in the pockets of individuals on low incomes.

"We need to remember that food prices are only one factor when we are thinking about the affordability of food. Other fixed expenses such as housing costs, petrol and utility bills also impact how much people are able to spend."

Many health experts, including Dr Smith, say that the government needs to implement all of the recommendations made by the Welfare Advisory Group.

These recommendations address not only the cost of food, but other issues that are associated with poverty such as poor mental health, asthma and respiratory infections.

What can you do to lower your food bill?

Many households may already be using these strategies but if you are starting to feel the pinch and are not used to shopping on a budget these tips might help.

Be organised at the supermarket

Grow your own fruit and vegetables

Resources for eating on a budget

Learn more about the cost of food 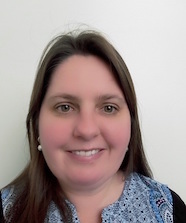