Author Barbara Else stays in the south 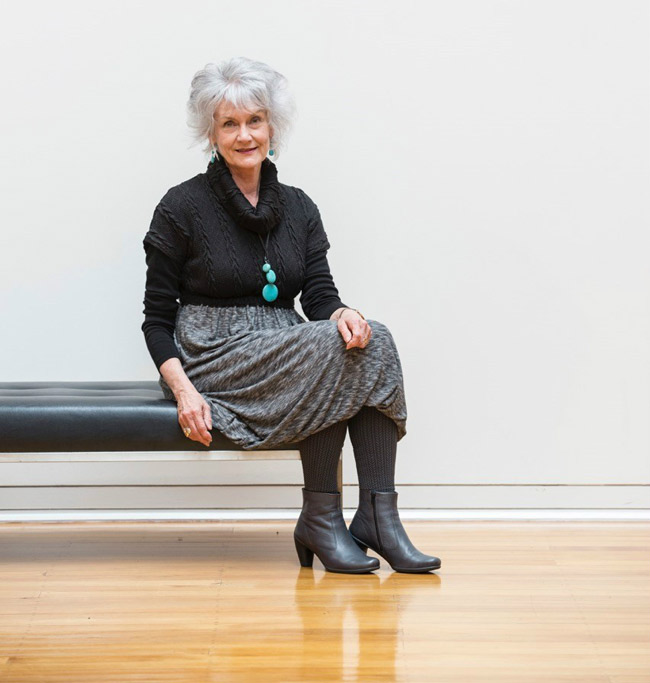 Author Barbara Else has enjoyed her arts fellowship in Dunedin so much she and husband Chris have bought a home in the city and are staying.

When the couple arrived in February for her University of Otago College of Education/Creative New Zealand Children’s Writer in Residence, they had sold their house in Wellington in preparation for down-sizing.

Barbara says they intended buying again in the capital after the six-month fellowship, but “we fell in love with Dunedin.”

"We fell in love with Dunedin ... There’s something really warm and friendly about the city that I just love."

“There’s something about the (UNESCO) City of Literature … the energy around that, we find it really appealing."

The couple also have long-time friends in Dunedin, and it is home to Barbara’s grandchildren and daughter Emma Neale, who was the University’s Robert Burns Fellow in 2012.

When the Elses started looking at houses in the south, they were just trying to work out what type of small home would suit them in Wellington, where they had lived together for 26 years.

“Then we saw the one … and thought ‘this would be perfect’.”

So they bought it, and now “I wake up each morning and look out and there’s the Pacific Ocean.”

The art deco brick home with all-day sun in Anderson’s Bay just added to the allure of a city that had charmed Barbara years ago.

“I went to University here and I’ve always loved it. There’s something really warm and friendly about the city that I just love.”

No intention of becoming a writer

She has a Master of Arts (Honours) from Otago, but “at the time, I had no intention or thought of becoming a writer.”

She did not start writing until after having children: “That’s when your mind needs something other than the children to occupy yourself with, and I simply found myself writing something one day. It developed from there.”

"Actually I think comedy is a very serious business."

But she was still really surprised by the success of her first novel 20 years ago, The Warrior Queen, which was for adults.

“I thought housewives like me might find it funny, but I thought it would be a sort of underground thing.”

The book is about a woman who sets out to embarrass and trip up her surgeon husband after she discovers he is having an affair.

The novel sparked Barbara’s reputation for having a sharp wit, and while she does not think herself as a “terrifically funny person”, she does have a ready laugh.

“A lot of writers are also observers. You see something or hear something … and think ‘that’s ridiculous’ and later on when you’re writing somehow or other you realise it fits a scene.”

“I just sort of gradually realised I could (write humorously). I didn’t really start out to do it, but it happened … it’s just the way it is”

“There is a sense in which, if you write comedy, you’re not seen as serious but actually I think comedy is a very serious business. It depends on why you’re writing it. I think I enjoy the subversive aspect of it. Humour can be a defence against oppression.”

“Honestly, I do think some literati were shocked and even quite offended The Warrior Queen did so well — men are allowed to be funny but are women?”

Looking at Barbara, it is difficult to pin an age on her slim, effortless elegance, high cheekbones and good dress sense.

Discovering she was born in 1947 — so is in her late 60s — is a shock, but not as big as the shock on Barbara’s face when told she is a bit of a glamour-puss to be a writer toiling away in an ‘attic’.

On the College of Education’s campus, she has a room tucked away in the Tower Block.

"What would you do if you discovered your mother was truly awful?"

“Up here in this little room no-one knows where you are and that’s absolutely blissful. If that sounds very anti-social, it’s not meant to.”

She is using her relative isolation to tackle the challenges inherent in loosely basing a children’s novel on Beowulf, the 3000-line epic poem in Old English, the language in Anglo-Saxon England before the Norman Conquest.

The poem is about the hero Beowulf and his battles with a monster named Grendel, who was terrorising a village at night by killing its warriors.

Beowulf manages to kill the monster but discovers Grendel’s mother is “much worse than her son” when she launches a revenge attack.

That started Barbara thinking: “What chance did the monster have if his mother was so awful? What would you do if you discovered your mother was truly awful?”

As a judge of the New Zealand Book Awards for Children and Young Adults some years ago, Barbara had also noticed a new trend for some books to be about actual bad mothers, when those wicked mother figures used to be “disguised as step-mothers.”

“I thought are you allowed to talk about bad mothers now? This is a terrible dark subject when you’re writing for eight to 13-year-olds.”

“This is probably the most difficult book I have ever set myself, partly because it’s got everything that’s dark and difficult in it and the story has to be made appropriate and palatable for a young reader.”

"We often say — if we look at it in the cold light of day — awful things."

Barbara believes writing with humour for clear-eyed, essentially innocent children helps them “figure out the absurdities of the world they live in … the adults’ strange world is so illogical. Children can be extremely practical, sometimes more so than adults, and there is a lot of comedy in that.”

She is trying to find the humour in the fact “most children think their mother’s a monster at some point, and so do mothers regard their children as monsters at some point.”

“I hope that any mother who reads it will think ‘oh God, I’ve done that myself,’ such as silly things that we all say when we’re cross or agitated.”

“We often say — if we look at it in the cold light of day — awful things.”

Barbara also hopes children who read the book will think ‘at least my mother’s not that bad.’

She has finished the first draft of her book, which will be about 50,000 words long, but the end is still “very, very scrappy.”

Barbara has to get the story more firmly in place before she can work out how the character will react and the character’s core of inner strength: ”That starts to come clear as you get to know the character.”

“I think I’m getting to grips with it now but if you’d asked me two weeks ago I would have said ‘never’.”

Barbara usually starts her novels with notes pinned to a board and scribbled in a notebook — some notes are only a few words long, some are diagrams of how to lift the energy in a scene, then sentences start appearing under her soft HB pencil as she gets further through a sketchbook’s thick paper pages.

Barbara needs to be hands-on to develop her thoughts and is wary of starting to type too soon but every stage is part of the work in progress.

"Sometimes I have to write the start 40 times. When you get to the end finally, you have to go back to the beginning to make sure it’s right."

“Sometimes I have to write the start 40 times. When you get to the end finally, you have to go back to the beginning to make sure it’s right. It’s all got to look effortless.”

“Small patches may hardly change during the drafts, but they’re a rarity.”

She is hoping to finish the novel by the end of the year, as a hard first draft usually means easier subsequent drafts, and “I think it’s starting to rev up now, I really do.”

Barbara is grateful the fellowship has given her a break from the usual routine of creative writing in the mornings and developmental editing for other authors in the afternoons. Not many authors get to live on their creative output alone.

“In any creative endeavour, painting, music or writing, I think you’ve got to find a way to support your habit.”

These days there are fewer big publishers, and they are publishing less, while the small publishers — by their very definition — publish even less.

Some publishers are turning out books with financial input from the authors “but these new models are still proving themselves and have a lot to learn about to settle into how best to manage what they do.”

In the self-publishing arena — where writers traditionally publish without an editor — Barbara believes authors are realising they do actually need to involve an editor and designer to create a really good product. 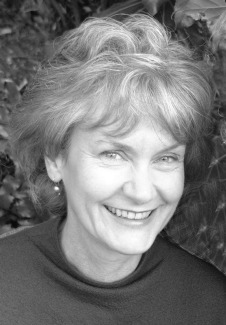 “A lot of self-published books are actually excellent (now). In the past, some vanity publishing wasn’t and it really tended to give New Zealand fiction a bad name.”

She is hopeful for the future of the written word in New Zealand, with Dunedin becoming a City of Literature at one end of the country, and the University of Auckland’s Academy of New Zealand Literature at the other.

Locally, Barbara’s husband put himself forward to head the local Society of Authors as soon as their offer was accepted on their new home, and was elected.

“It’s a great way to get introduced to a network of like-minded people.”

More Facts about Barbara Else

A playwright and fiction writer — also published as Barbara Neale — who was born in Invercargill then lived in Riverton until age two, when the Pearson family shifted to Wellington.

She is one of the country’s best-selling authors.

Her children’s books: The Knot Impossible, The Volume of Possible Endings, The Queen and the Nobody Boy, The Travelling Restaurant, Tricky Situations, Skitterfoot Leaper.

Her plays for adults and children include: Night for Clowns, A Very Short History of the World.

Her other work: With husband Chris Else, she is a literary agent, editor and fiction consultant.

Awards and Fellowships: New Zealand Order of Merit for services to literature in 2005; the country’s top award for children’s writers — the Storylines Margaret Mahy Medal — this year for her services to children's literature; the Victoria University Writer’s Fellowship in 1999, the Creative New Zealand Scholarship in Letters in 2004, and the Aoraki Festival Playwriting Award.