Academic, writer and illustrator Mere Whaanga has spent six fruitful months at Otago, completing the first novel in a trilogy for young adults. The Otago Bulletin Board spoke with her about the residency, her Treaty work and the Māori world view she shares through her books. 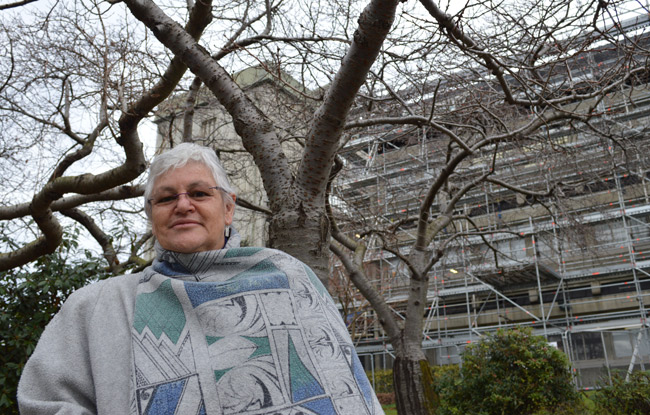 Mere Whaanga arrived in Dunedin in February with a manuscript for a young adult novel, which had languished in a drawer for 15 years.

On her third day as the 2017 University of Otago College of Education/Creative New Zealand Children’s Writer in Residence she had binned that draft, rewritten the structure, and decided to make it a trilogy.

“After that the writing just took off,” she says.

Dr Whaanga will complete her six-month residency on 18 August. Her time has been incredibly productive. The draft for the first book in The Prophecy trilogy is already with her agent Frances Plumpton, and she has started on the second book.

“It’s been amazing how much I’ve got done,” she says. “I’ve been treating it like a job and doing 40 hours per week. Without the residency it would probably have taken me years.” 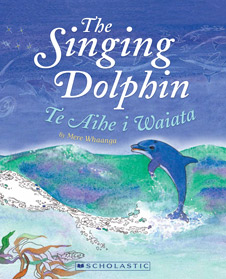 Mere Whaanga's The Singing Dolphin / Te Aihe i Waiata is a finalist in the 2017 NZ Children’s and Young Adults Book Awards.

Alongside this productivity, her latest picture book The Singing Dolphin / Te Aihe i Waiata has been shortlisted in the 2017 NZ Children’s and Young Adults Book Awards. The winners will be announced on Monday.

“I’m just so pleased to be a finalist,” she says. “I’d been away from children’s literature for 12 years and I really enjoyed writing and illustrating this book. Being a finalist is an affirmation of one form of my writing that I think is very important.”

Dr Whaanga is of Ngāti Rongomaiwahine and Ngāti Kahungunu descent, and is normally based in Mahia, near Gisborne. As well as being a writer and illustrator, she is also an academic – who received her PhD in Māori Land Law and Lore from Waikato University in 2014.

During her career, she has worked as a contract historian, and brings this knowledge and mātauranga Māori – Māori world view – to her writing.

"Being a finalist is an affirmation of one form of my writing that I think is very important."

Her work on Treaty claims has influenced her current trilogy – and she hopes that the books will help educate her readers about these claims, and the years of work which go into them.

“I’m aware of how Treaty settlements are viewed in the media, and actually our own people also have a lot to learn about the Treaty process.

“One kaumātua I worked with on the Wairoa claim had spent 30 years researching it in his spare time. One died while we were working on it; another was in his 80s by the time we were ready to sign, and was too sick to attend the signing. These claims take their toll on people.”

While the trilogy as a whole follows three teenagers during the time between finishing secondary school and beginning University and deals broadly with the problem of finding a solution to the effects of global warming, the first book The Turehu Seer features a father working on a Treaty claim.

“I hope it will help people see these claims in a different light.”

Dr Whaanga says her time in Dunedin has had a big impact.

“Dunedin is very different from Mahia. At home there is a 60 per cent Māori population, but it looks more like 95 per cent. Here it is 8 per cent, and not an obvious 8 per cent.

“There are not many people in Mahia with higher degrees, and there can be a suspicion among our people of higher education. It has been interesting being in an academic environment where it is considered normal and desirable to have a PhD.”

"It has been interesting being in an academic environment where it is considered normal and desirable to have a PhD."

Dr Whaanga says working in this environment has been wonderful. Another highlight has been meeting other children’s writers and illustrators.

While she has illustrated all of her own picture books, she has never had any formal training as an artist. “I just decided to give it a bash.”

She says she has a great library of books on water colour painting, and has learned her techniques from them, but is particularly interested in seeing other illustrators’ studios and learning more about their working process.

“Trish Brooking took Robyn Belton and I out for lunch last week, and afterwards we went back to Robyn’s house.

“To actually be in her studio was such a treat, so exciting!”

Dr Whaanga will soon return to Mahia. But she says she will always be grateful for her time in Dunedin, on the University of Otago College of Education/Creative New Zealand Children’s Writer in Residency.

“It’s been a very precious gift.”