New way of thinking about learning to read 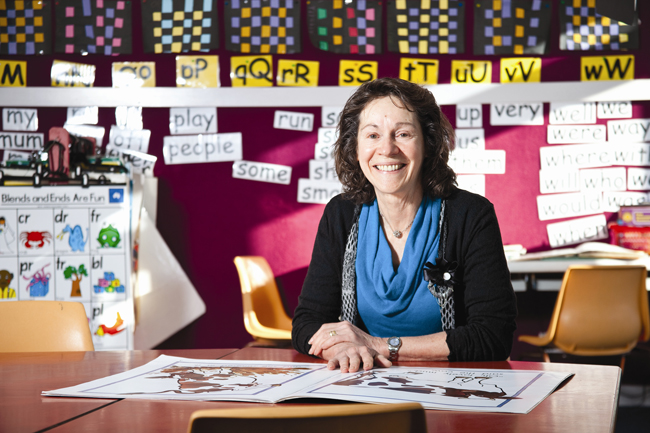 Latest research from the College of Education could lead to a new way of thinking about how children learn to read.

Based on the idea that children are geared towards learning to read through storing words in the brain, Associate Professor Fletcher-Flinn looked at the stability of this way of learning. Her previous research with other colleagues showed that children start out learning to read in this way, but whether this changes as they become proficient readers is unclear.

Associate Professor Fletcher-Flinn says this is an important question because reading theories that advocate phonics and “sounding out” (of individual letters in words) claim that children make significant changes over time in how they read new or unfamiliar words, but this has never been directly tested.

"In fact, it now appears that “sounding out” is not even necessary ... If this system is taught, it may even be a disadvantage and contribute to the mispronunciation errors that phonics-taught children (and adults) make when reading new or unfamiliar words..."

She examined the further development of a young reader, named Maxine, whose early development from 3 to 5 years has been extensively described in a series of publications. She found that along with an increase in accuracy and speed, Maxine’s pattern of learning new or unfamiliar words was unchanged from reading ages of 8 years to adult levels of performance. Her knowledge of letter sounds was equivalent to New Zealand adults who average about 74 percent correct. She had not learned how to “sound-out” words so she did not use this method of reading.

In science, even a single case can be important for testing theories. However, Professor Fletcher-Flinn’s conclusions do not rest only on Maxine. The results are consistent with her previous research showing that normal-progress children do not need to have the full set of phonics skills, associated with “sounding-out,” in order to learn to read.

“In fact, it now appears that “sounding out” is not even necessary. Otherwise, how could Maxine learn to read? If this system is taught, it may even be a disadvantage and contribute to the mispronunciation errors that phonics-taught children (and adults) make when reading new or unfamiliar words that do not follow the usual taught letter-sound correspondences, as is so often with English.”

Associate Professor Fletcher-Flinn says it seems clear that storing words in the brain enables a child to begin reading, and to make continued progress to adult levels.

“Maxine showed the same fast reading advantage of other New Zealand children who are not exposed to phonics instruction. With the growing emphasis in New Zealand on teaching phonics skills (letter sounds, and sound awareness), teachers should understand that the approach they use for reading has long-lasting effects, resulting in later advantages or disadvantages. As reading processes become stable early and do not change over time, it is important to get this right.”

With regard to Maxine, what made her such an advanced reader so early? Professor Fletcher-Flinn has one answer – “lots of reading along with helpful feedback from her parents about a word’s pronunciation and meaning”.