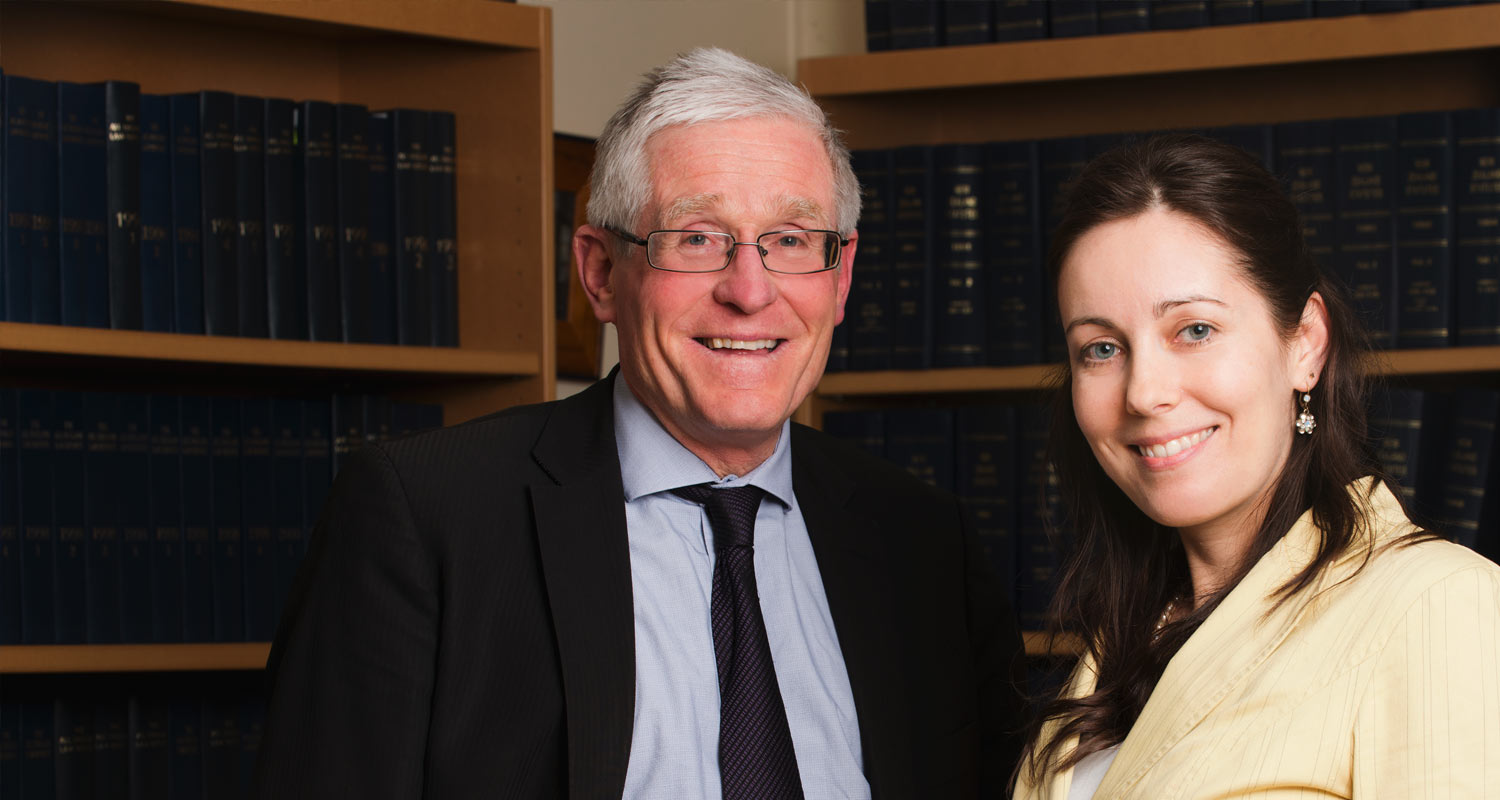 A comprehensive study of the New Zealand Coroner’s Court has provided much-needed information about how coroners work and   how their recommendations are implemented.

Coroners’ efforts to prevent future loss of life don’t always work as well as they should.

But it’s hard to identify systemic problems and find solutions without an in-depth understanding of what coroners have to deal with.

Dr Jennifer Moore (Faculty of Law, and Department of Preventive and Social Medicine) has a rare background in both public health and law, which qualified her to be the right person to research the effectiveness of the New Zealand Coroner’s Court.

“Coroners do really important work, and their recommendations have the potential to save lives and guide policy. But no one had studied what happened to those recommendations.

“There was no New Zealand research, and limited international research, about coroners’ decision-making and the extent of organisations’ implementation of coroners’ recommendations.

“The New Zealand public deserves a high-performing coronial service, so I felt it was time that someone evaluated the system.”

Moore and co-researcher Professor Mark Henaghan (Law) decided to investigate coroners’ cases and recommendations for the five-year period from 2007 to 2012, which followed the passing of the 2006 Coroners Act.

Initially Moore thought her research would involve wading through the appropriate records in the law reports for the Coroner’s Court. But immediately she hit a snag. There were no reports.

“I thought it was going to be easy to collect the data, but it was quite a mission even finding out how many cases there were over the five-year period we studied.”

Moore spent months travelling to courts around the country, tracking down hard copies of hundreds of files, obtaining electronic copies of files from the Coronial Services of New Zealand, cross checking to see she had them all, discovering many were missing, chasing them up, collating her information – and only then could she really make a start on her research.

The New Zealand Law Foundation was funding the project and all eyes were on Moore’s work because it was likely to influence the government review of the Coroners Act 2006.

“We timed our research to coincide with the review because we hoped to be able to inform policy. The Law Foundation realised the importance of this law reform objective and supported us.”

Moore’s extensive background in both law and public health helped her with the difficult tasks of accessing and understanding information. At the time of her report she was acting director of the Legal Issues Centre in the Faculty of Law, but had gained her PhD at the University of Melbourne’s Faculty of Medicine.

She is a lawyer, social scientist and health scientist, with experience in New Zealand, Australia and Israel, and later this year will be taking up a Harkness Fellowship to study health policy and health law at Harvard and Stanford Universities.

“Coroners have a statutory public health function and, as I have a foot in both camps, it qualified me to do the policy research and suggest possible reforms.”

With 607 cases collected, Moore found coroners had made 1,644 recommendations to 309 parties, with the highest number going to government organisations (121).

She contacted more than 200 organisations that coroners had made recommendations to. She gained approval to interview 79 of them, but once she collated the replies she began to wonder whether more data were needed.

The research participants were so strongly in agreement about how the law should be reformed that she feared that interviewing only those who agreed to be interviewed might have skewed the results. So, to ensure balance, she surveyed the non-interviewees to see if they felt differently.

They didn’t. “We received 42 completed questionnaires and the data were extremely robust. The results from the survey data and interview data were consistent across the organisations.”

There was strong support for the Coroners Act to be amended to include a mandatory response regime in order to ensure organisations respond to recommendations.

Moore worked with the Chief Coroner to try to get mandatory response systems added to the amendments going through Parliament. The Bill has now been referred to the Justice and Electoral Committee for consideration and to hear submissions.

“While mandatory responses are not included in the Bill at this stage, we are still hopeful it will happen because the research is overwhelmingly in favour of the change.

”However, a number of our other recommendations have been included in the amended Bill – such as a new definition of ‘interested parties’ – so, overall, we are pleased with the uptake of our findings.

“This is not research that will sit gathering dust on an academic bookshelf. Our findings are informing law and policy reform, and improving the Act has every likelihood of helping to save lives.”

Over the five-year study period some 20 per cent of coroners’ recommendations had been rejected by the organisations they had been submitted to. Moore suggests that figure might have been less than some people might have thought.

“I think there’s a general idea that no one takes any notice of coroners’ recommendations, but we found that wasn’t the case. Many organisations acted promptly to change their systems after lives had been lost.

“In 49 per cent of the cases, organisations had already taken action because the coroners’ recommendations had taken too long to be made – especially in hospital deaths. Coroners then just endorsed the action taken.”

Moore found not all recommendations hit their mark – and for good reason. They were not specific in their target.

“I was surprised to find that 23 per cent of recommendations during the study period were untargeted, being directed at vague groups such as ‘all hunters’, ‘all people in the boating community’, ‘all drug users’ or ‘all people reading this decision’.

“A recommendation needs to be directed at specific organisations or people to be effective. It has to go to the right person who can do something about it.

“If it goes to the wrong person and they say ‘This is not for me’, it either goes in the bin or is forwarded on – but if recommendations are constantly made to the wrong place over time they are less likely to be forwarded or implemented.”

Moore is working on ensuring that coroners have access to the right people. “Our research now has a list of contacts for most of the organisations likely to be targeted for recommendations. We can help coroners to target the right person.”

Although Moore’s research is formally over, she is still committed to helping coroners use public health principles to get better results.

“There has been a fantastic level of interest from coroners, before, during and after our research, and we have had great feedback. They’ve been really open about the recommendations we have made and are already actively making changes where they can.

“Another big surprise to us was that we discovered many coroners felt they were working in a vacuum. Working largely alone, they didn’t know what other coroners did and generally got information about what others were doing from media reports.

“It’s not their fault – they only meet each other twice a year and have limited access to other coroners’ findings, so we feel there is room for improvement there.”

Moore is aiming to help coroners to change their practice and work more efficiently by changing how they work, particularly by getting better access to existing data. Coroners only have two researchers to help them with cases.

So far the response from coroners has been good and swift, but some improvements need time.

Setting up good national electronic data systems and services similar to the Australian National Coronial Information System needs the assistance of the Ministry of Justice, but Moore is confident that things are changing for the better.

She’s writing a book about New Zealand’s coronial system and how it compares with those in other countries. And she’s still liaising with the Chief Coroner to massage improvements into law.

“Our research has been a mix of public health analysis, legal analysis and social sciences, and it has thrown up some valuable suggestions.

“It has been a massive project – much larger than I expected – but it has been the best way to answer the questions about the effectiveness of coroners in this country.

“The system is there to prevent future loss of life, and improvements can be made. Coroner’s Court law reports should be introduced and full coronial findings should be available electronically. It’s not a radical idea, and yet it is so important.”