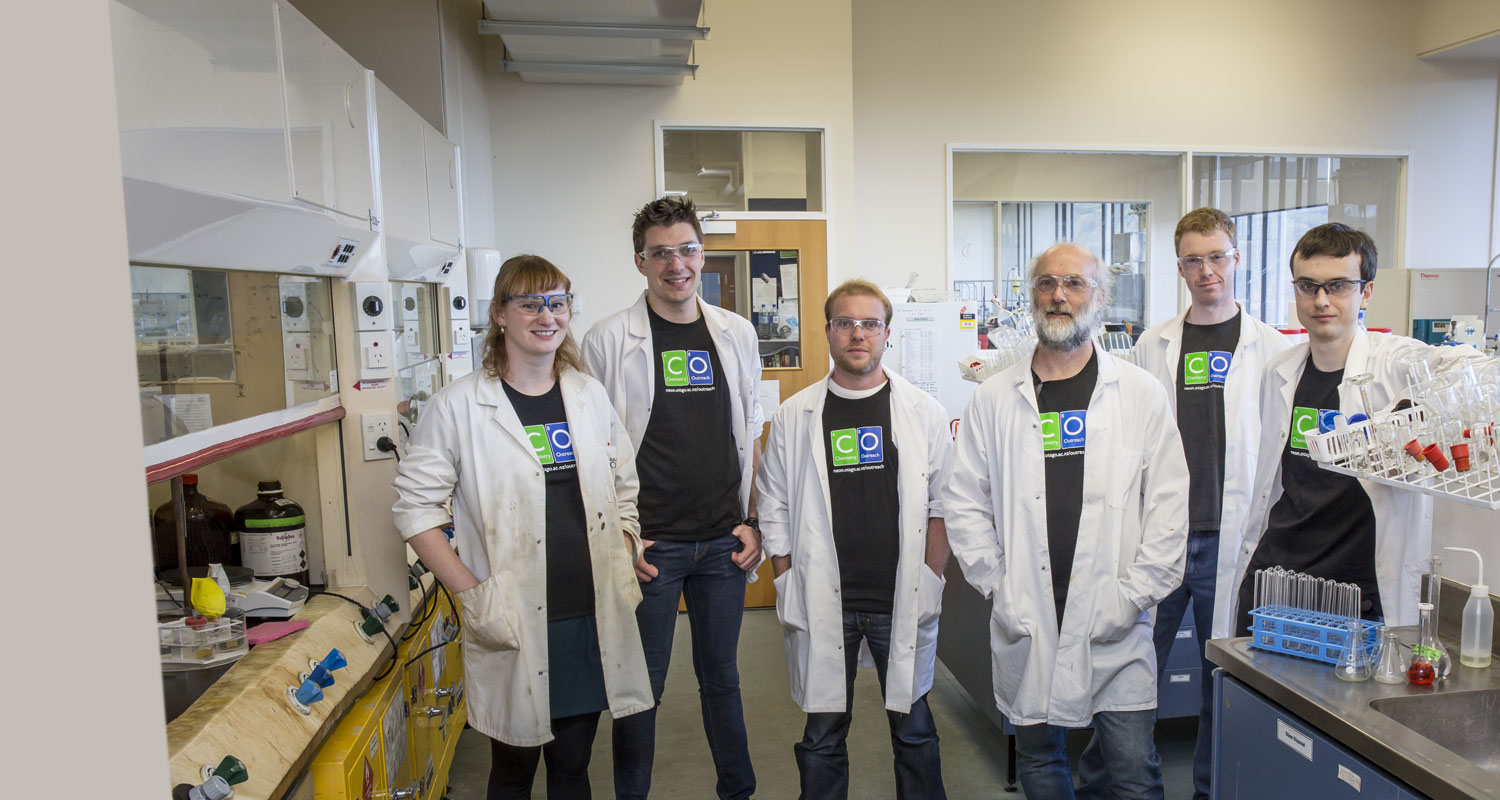 The University of Otago’s Chemistry Outreach has reached out to an unlikely location.

If you were an intrepid explorer travelling up the Balleh River in Borneo in July, you might have come across a team from the Department of Chemistry delighting schoolchildren with a magical chemistry tour.

Warren explains that the trip to the Malaysian State of Sarawak on the island of Borneo arose from a casual chat. “A group of teachers from Sarawak, who were visiting the College of Education here, saw what we were doing at a school in Waikouaiti and one of them said, ‘This is fantastic. It’s how we should be teaching in Sarawak.’ And I said, ‘Well, we could work with your students. Do you want us to come to Malaysia?’”

Warren and Roxburgh took a reconnaissance trip to Sarawak last year and Warren put together the most experienced outreach students for this year’s adventure.

The group spent a week in Taiwan, attending a Marie Curie Science Camp, and then two weeks in Sarawak: one week working with teachers’ college staff and students, and a second engaging with pupils at a school only accessible via a five-hour boat journey up river.

The Sarawak trip was the first offshore adventure for the Chemistry Outreach group, which has been operating for eight years. It comprises mostly postgraduate students who each year volunteer thousands of hours working with thousands of primary, intermediate and secondary school pupils in South Island schools.

The students devise and run weekly or fortnightly classes, preceded by chemistry magic shows. “The magic shows are like the hook,” Roxburgh concedes. “We use them to engage the pupils and then they pay attention.” The department covers all of the costs of the school visits.

“The target group originally was 10 to 12 year olds, because it has been identified across the OECD as the age when most kids get turned off by science,” Warren says. “That’s the group we really want to excite about science, but we are prepared to work with any age groups. It means that our students have to be very flexible to target the lessons to different age groups.

“We started going to local schools to help the teachers with resources and help the kids learn some chemistry,” Warren reflects.

“Over the eight years, the programme has developed so that we do a lot of week-long camps and are also involved with Hands-on at Otago, the Otago University Advanced Schools Sciences Academy, the University’s Science Wānanga programme for secondary school students, and the New Zealand International Science Festival in Dunedin.”

The chemistry students have a universal desire to share their passion for science. “I love working with kids, teaching them what I do, it’s really cool,” enthuses Robinson.
Warren observes that the benefits of Chemistry Outreach flow both ways. “We have realised the value it gives is not just to the community, but also to our students who gain new skills in understanding and communicating scientific ideas effectively.“

“Scientists are not necessarily good at talking to people, such as politicians, who can make a difference,” Robinson asserts. “So developing scientists’ communications skills is vital.”

“We are used to teaching here, but you learn a lot by teaching in places such as Sarawak where there are very few resources and you have to rely on translators,” adds Weal, who also runs local “science for supper” drop-in sessions for kids and their families.

Sutherland notes that one of the bonuses for volunteers is that they can turn their time, effort and commitment into a Division of Sciences Outreach Certificate, which he has been awarded.

Chemistry Outreach at Otago is unique in having a dedicated staff member – Warren – working for it full-time. The New Zealand Council for Educational Research has highlighted Chemistry Outreach – along with Marine Sciences and Science Wānanga – as models for successful outreach within New Zealand. Warren hopes that the Sarawak trip will be a model for further overseas outreach experiences. 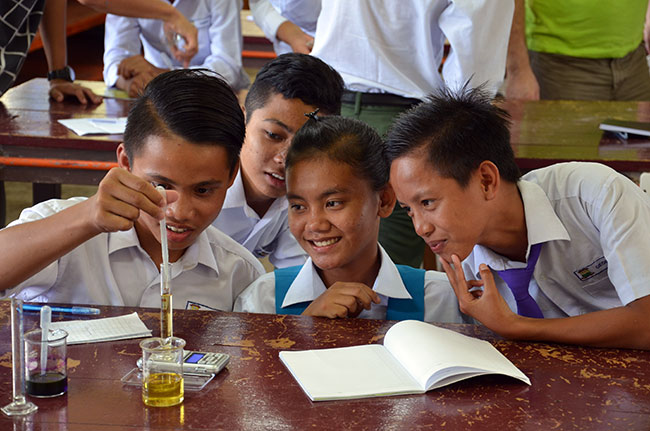 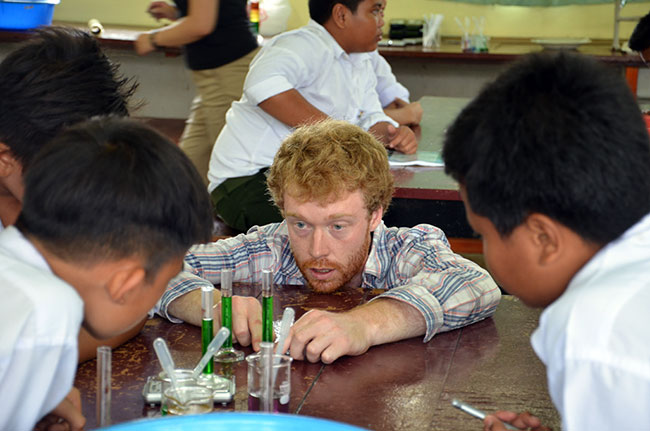 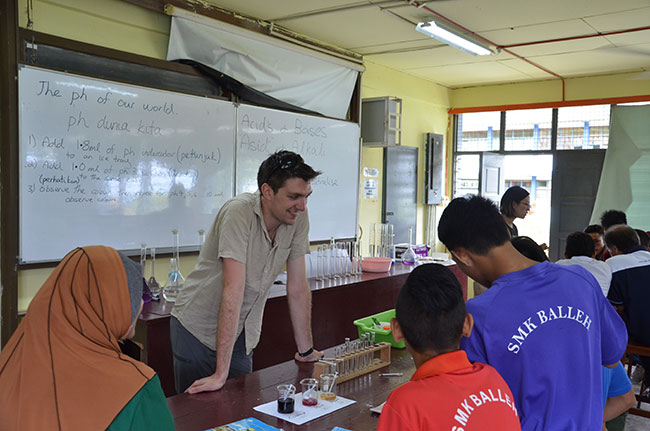 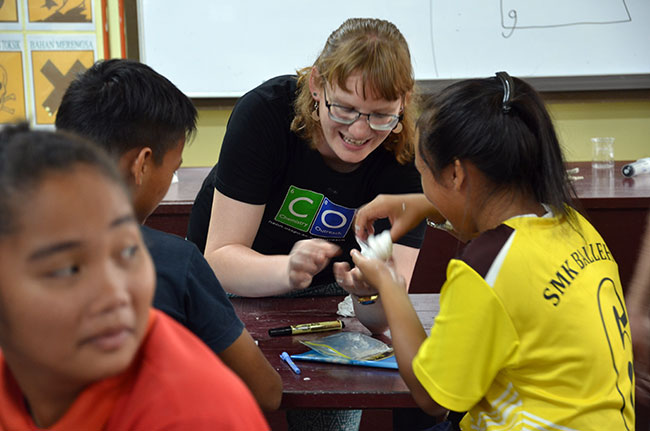