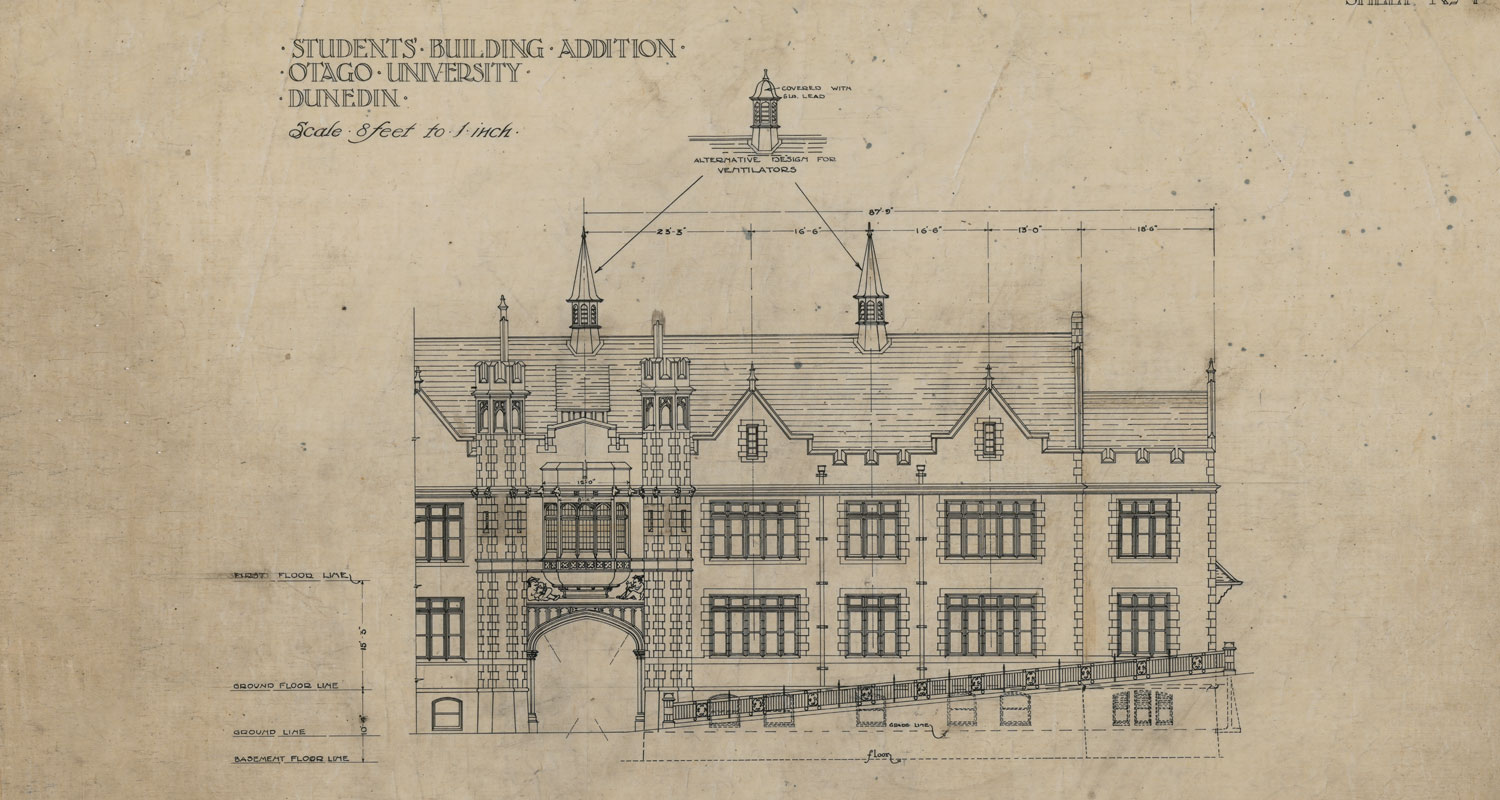 Whatever happened to… the architect's folly?

Perched high above the Archway – once the formal entrance to the University of Otago – is a series of grotesque carvings that has fascinated generations of students as they have passed through these gates.

Prominent early 20th century architect Edmund Anscombe – the University’s architect from around 1909 to 1929 – designed the Archway to link the School of Mines (now home to the University’s International office) and the Students’ Union (incorporating Allen Hall and now occupied by Theatre Studies). During these years he made a substantial impact on the University’s environment, with other buildings including the Oliver Wing of the Clocktower Building and Marama Hall, as well as the Home Science, Lindo Ferguson and Zoology Buildings.

Designing the Archway and surrounding buildings, Anscombe remained faithful to the Gothic revival style of Maxwell Bury’s original Clocktower. He was also reputed to demonstrate a playful streak in his work.

Whether it was a manifestation of this playful streak or the Gothic pre-occupation with gargoyles and grotesques, the architect’s plans, signed-off on 1 October 1912 by Anscombe’s then-partner Leslie Coombs, clearly show a series of eight small and two larger carvings above the south side of the arch.

These are grotesques, not gargoyles. Gargoyles function as waterspouts to divert rainwater away from buildings. Grotesques – although similar in appearance – perform a more decorative function, fanciful animal and human forms often distorted into the ugly and absurd.

Representing the various branches of learning, these grotesques include a geologist or miner with a pick, a chemist with a retort, a lawyer with judicial wig and scales of justice, and another with a Caduceus (a winged staff entwined with snakes – a symbol of commerce, but commonly confused with the rod of Asclepius, a symbol of medicine). Others bear more generic representations of learning – a book, a scroll, a cogwheel – and yet another (presumably a dentist) appears to be extracting his own tooth with a pair of pliers.

The two larger caricatures of scholars sit immediately above the arch. One, holding a globe and pointing to New Zealand,is accompanied by an owl sitting on a lamp (symbols of wisdom); and the other, holding a slate showing a 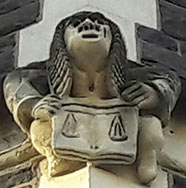 mathematical sum, is accompanied by a skull atop a pile of books (symbols of mortality and learning).*

While Fletcher Brothers won the tender to construct the Archway with a price of £10,292, the stonemason who carved the grotesques is unknown.

• Thanks to Gregor Macaulay.